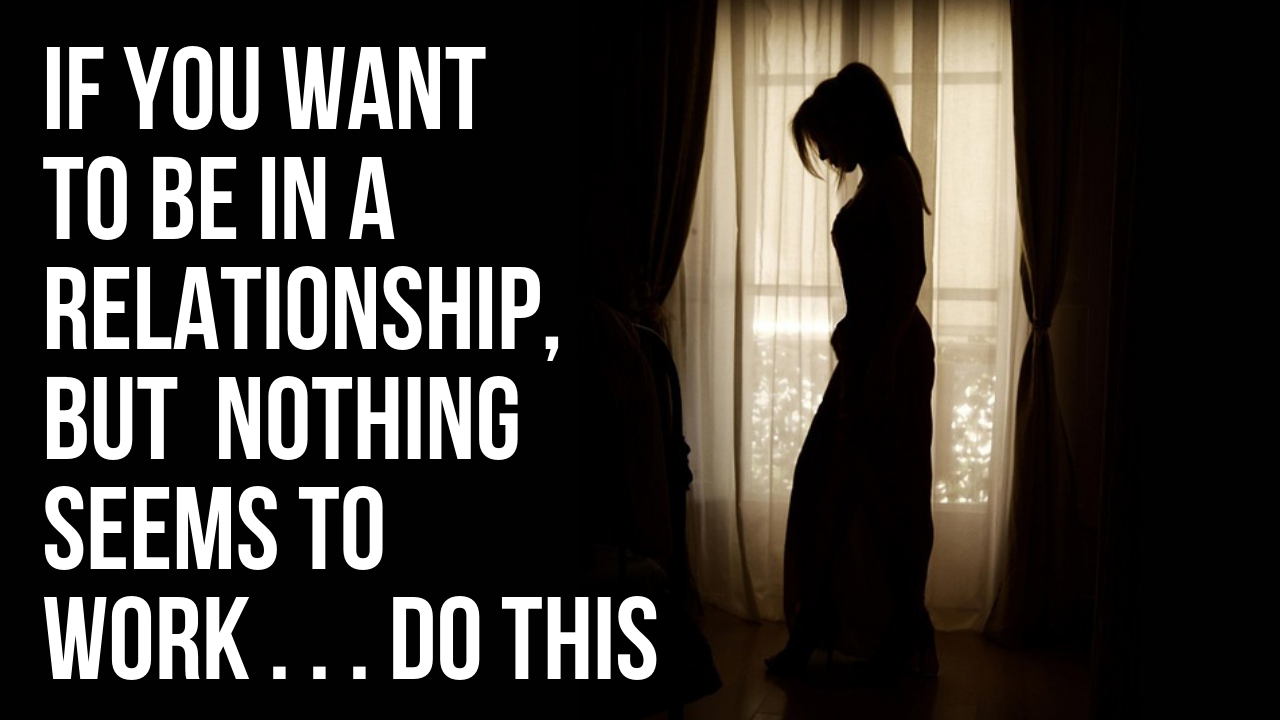 What should you do when you want to be in a Christian relationship but nothing you do seems to work?

There are a lot of helpful answers to this question: You want to reject despair and choose to be patiently hopeful and content in Christ. You want to be open to trying new things. And most importantly you want to depend on the Lord in prayer as you choose to glorify him no matter what is happening or not happening in your life.

But in this article I want to dive into one tip more deeply. And that tips is this:

When you try to be more proactive in Christian dating but it doesn’t work, one of the first urges you might have will be to stop trying and to go back to doing nothing but waiting. We should always be reassessing our plans and submitting to what the Lord is saying; however, one of the main problems people have is that they don’t stick with their wise plan for long enough.

But what often happens is that someone makes the wise choice to try something different to get different results, like online dating, but when the online dating doesn’t produce immediate results they quit and write it off as something that can’t work for them.

Or perhaps someone starts being more proactive and they approach someone at church that they like. This is something they would never have done in the past but they know it is wise because in the past they have been so quiet they never got to know anyone, thus making it very hard to get into a relationship. But let’s say they go for it and talk to someone they are interested in and it doesn’t go well.

For example, throughout the book of Proverbs people are told to work hard and they will gain wealth, “Lazy hands make for poverty, but diligent hands bring wealth (Proverbs 4:10). But some people work hard and it doesn’t work out. Sometimes no matter how hard you work, that business idea just doesn’t take off and it fails.

Or for example, Proverbs 22:6 says, “Train up a child in the way he should go; even when he is old he will not depart from it.” But there are plenty of kids who were raised by good Christian parents who later turned from the Lord. So what gives?

Likewise, when it comes to dating, you should do wise things over and over again even after they don’t work a few times. Why? Because principles normally do work eventually. It’s not a promise that if you online date and start interacting with more Christian singles that you will get married, but it is a principle that the more Christian singles you meet the more likely you will meet someone that you get into a relationship with. So don’t abandon wise decisions just because they don’t work at first, for as Proverbs 4:1-6 explains:

Listen, my sons, to a father’s instruction; pay attention and gain understanding. I give you sound learning, so do not forsake my teaching. For I too was a son to my father, still tender, and cherished by my mother. Then he taught me, and he said to me, “Take hold of my words with all your heart; keep my commands, and you will live. Get wisdom, get understanding; do not forget my words or turn away from them. Do not forsake wisdom, and she will protect you; love her, and she will watch over you.”

So what should you do when you want to be in a relationship but nothing seems to work? Keep doing the wise things. Keep following what God is telling you to do. So many times in life we quit too soon. You never know what God might bring into your life if you just keep trying to honor him and remain open to the steps he is asking you take.