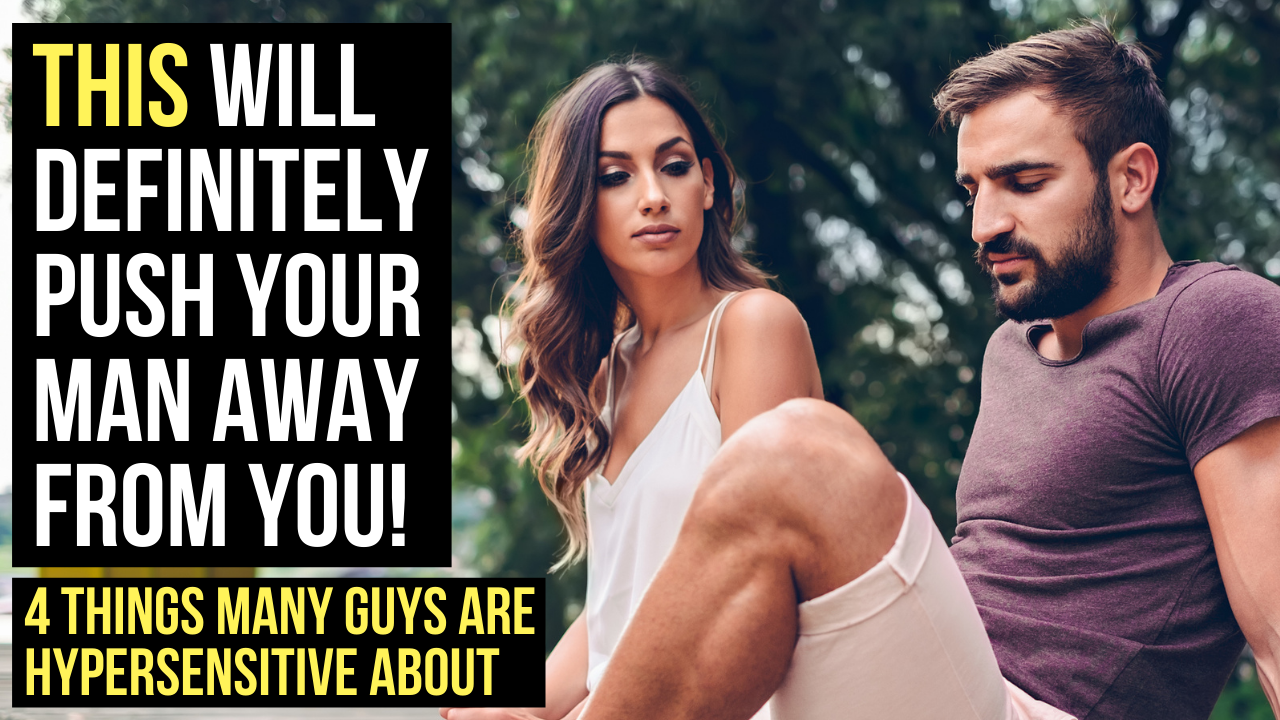 Many of these points will certainly be true of women too, but since I’m a man I’m always a bit hesitant to tell guys how a woman will feel. So again, I’m sure many women would be pushed away by these 4 things too, I just know that many guys are very sensitive to these actions.

1. Control, Especially When She Commands Him Rather Than “Exhorts” Him

I’m not saying a man needs to have complete control over every detail. That’s not healthy. But a strong man who is looking for a wife that he can lay down his life for will be very sensitive to a controlling woman. He doesn’t need total control but he does need to not feel totally controlled either.

As Paul told Timothy in 1 Timothy 5:1, “Do not rebuke an older man harshly, but exhort him as if he were your father.” This verse captures a general principle that men don’t like to be controlled. They are okay allowing others to lead, they just don’t want their freedom to be violated. Paul knew that the younger Timothy would have a hard time leading in the church if he was overly controlling towards other men. So instead of a harsh rebuke, he knew Timothy would have better results with “exhorting.” The word “exhort” means you strongly encourage or urge someone, but it’s different than commanding them in a stern way.

2. Disrespect, Especially When He’s Taking Responsibility Like a Strong Man Does

No human likes feeling disrespected, but men generally crave respect more than most women do. This craving for respect compounds the devastating affect disrespect has on a man’s heart. Again, everyone will be hurt by disrespect. But a man will be especially sensitive to this issue because he not only dislikes disrespect but he also loves being respected.

While that may seem self-centered or prideful – and certainly this desire can go too far and turn into something unhealthy – but a man wanting respect is a desire God put in his heart because this respect is supposed to be attached to his responsibility.

In the same way husbands should love their wives as their own bodies. He who loves his wife loves himself. For no one ever hated his own flesh, but nourishes and cherishes it, just as Christ does the church . . . let the wife see that she respects her husband.”

3. A Lack of Relationship Loyalty, Especially If He Senses You Don’t Have His Back

I’m sure a woman would be very sensitive to a man who is showing loyalty to another woman. But if I had to say who would be more sensitive to an issue like this, I would lean more towards the men.

Why? Because men are often competitive with other men. Is that always right? No. This can be sinful and immature. But it’s also the reality.

A good man will be willing to go through a lot of barriers to stay with a woman he really likes. But if he senses she has an affection for someone else because she is taking another man’s side in an argument, or talking about her ex in a positive light, or comparing her man to an ideal man that he doesn’t compare well against – he’s gone.

4. A Lack of Visible Happiness with the Man, Especially When He’s Really Trying to Make Her Happy

I think sex symbolically expresses a lot of relationship principles. For example, a husband will be more aroused sexually by knowing he is sexually pleasing his wife than if he is just enjoying the sexual experience himself. Good sex for a husband is sex where he knows his wife is enjoying it too.

I say that because I believe it’s a general relationship principle that a man feels good about himself when he knows he’s making his woman happy. Sure, he enjoys when the woman goes out of her way to show her affection for him. But more than wanting her to show affection, what a man really wants is to see his woman respond positively to his affection.