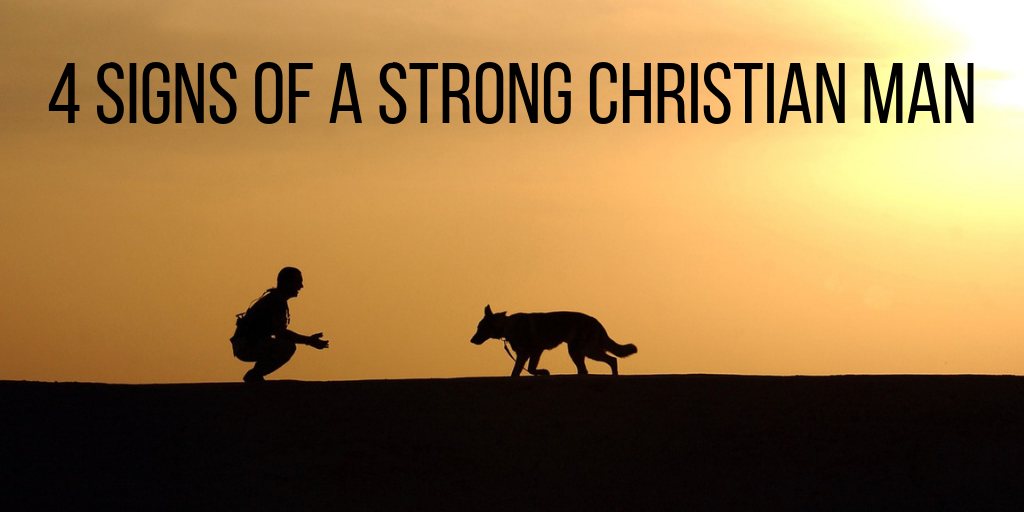 What does the Bible say about a strong Christian man? What does strength really look like in a godly man according to the Bible?

A man who lacks strength will reveal this flaw through his lack of self-control. What is strength anyways? Strength is when someone has power to do what they want. When a man is a slave to sin, a slave to his emotions, or a slave to the events of his day – in short, whenever he does what he does not want to do, this is a sign he lacks strength.

Therefore an overseer must be above reproach, the husband of one wife, sober-minded, self-controlled, respectable, hospitable, able to teach,  not a drunkard, not violent but gentle, not quarrelsome, not a lover of money.” (1 Timothy 3:2-3)

“Likewise, urge the younger men to be self-controlled.” (Titus 2:6)

This is why gentleness is actually a huge sign of strength. When a man is not insecure with being perceived as gentle and kind, this means the man has a real strength inside of him. He is free to be gentle because he does not feel threatened by others because he knows his own strength. A strong man will not feel the need to prove to everyone he is strong thus he will make an effort to be gentle. A weak man will try to be harsh because he will feel weak while wanting to be perceived as strong.

“But as for you, O man of God, flee these things. Pursue righteousness, godliness, faith, love, steadfastness, gentleness.” (1 Timothy 6:11)

This is why weak men do not have integrity. It’s not easy to do the right thing, especially when doing the right thing is not normal among your peers. So if a man has integrity, this is a clear sign he also has strength.

Show yourself in all respects to be a model of good works, and in your teaching show integrity, dignity . . .” (Titus 2:7)

Secure with His Own Masculinity

There are so many more signs of a strong Christian man, however, none is more important than being secure and unashamed with his own masculinity.

Sadly, we live in a culture that has equated masculinity with abuse, pride, sexual promiscuity, and many other negatives. But according to the Bible this is not what true, Christian masculinity is all about. So a man of God will need strength to not crumble under the culture’s pressure to be ashamed for being a man.

There are certainly countless men who have abused their strength throughout history, but we must always remember that a strong man is not a bad thing. A strong man is meant to be humble weapon in the hand of holy God.  So one sign of a strong Christian man is a when a man embraces biblical masculinity and is not ashamed of his own godly manhood.

As Genesis 1:27 states, “So God created man in his own image, in the image of God he created him; male and female he created them.” Both men and women bear the image of God equally but differently. A man must embrace what makes him different than women. He must not be ashamed of his own masculinity.

So one sign of a strong godly man is someone who is secure with his own biblical gender identity.