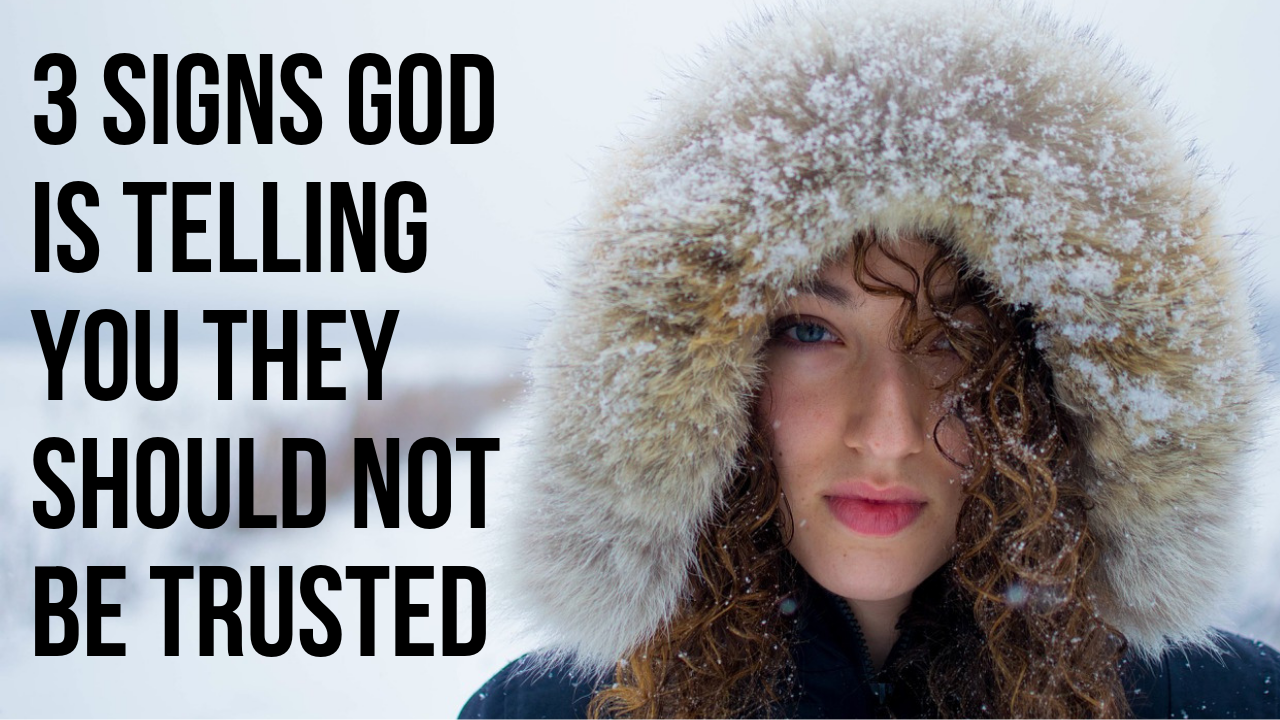 Here are 3 signs that God is showing you that someone in your life is untrustworthy.

If This Person Tells You Something False About Someone Else, This Is a Sign God Is Showing You that This Person Is Untrustworthy

There are many obvious ways to know when someone is a liar. The most obvious evidence is when they say something about you that you know is not true. However, what we must also remember is that when people tell us lies about other people, this too is a sign that you should not trust this person either. If they are willing to lie about someone else to you, they will also be willing to lie about you to other people as well.

This is another reason you should avoid people who gossip. While it might be fun to hear what they say about others, just know they will be willing to gossip about you when you are not around too. Proverbs 6:16-19 says:

There are six things that the Lord hates, seven that are an abomination to him: haughty eyes, a lying tongue, and hands that shed innocent blood, a heart that devises wicked plans, feet that make haste to run to evil, a false witness who breathes out lies, and one who sows discord among brothers.”

So if someone tells you a lie about someone else and you know it is a lie, this is a sign God is telling you not to entrust yourself to this person.

If This Person Acts One Way to the Public but a Totally Different Way in Private, God Is Showing You This Person Is Not Trustworthy

One of the best signs of an honest and truthful person is that they act the same regardless of who is or is not around. Whether they are alone, with one other friend, with Christians, with non-Christians, or if they are in front of a large crowd – honest people act the same.

On the flipside, dishonest people adapt their behavior to fit their audience. One thing about Jesus, no matter where he went, he was always the same. People were the variables in Jesus’ ministry. He came, he loved, he rebuked, he healed, he preached – but people acted differently towards his invitation of grace. But Jesus never changes, for as Hebrews 13:8 says, “Jesus Christ is the same yesterday and today and forever.”

If God shows you the inconsistencies in someone’s behavior and they act differently around different people, this is a sign they are untrustworthy.

If Someone Needs to Consistently “Swear that They Are Telling the Truth”, This Is a Sign They Are Probably Untrustworthy

As the old saying goes, “Where there’s smoke, there is fire.” Here’s a hypothetical scenario: Imagine you know a pastor who is an extremely gifted teacher but no matter where you go it seems like you run into people who speak very poorly of this man’s character when he is off the stage.

When you ask the pastor about all this, he always point the finger at others and tells you the only reasons people dislike him is because he preaches the gospel so boldly and people feel threatened by him. He says over and over again, “I promise you, I’m not who those people say I am.” So you stay at the church for years. Overtime, however, the truth comes out because you too begin to see his bad behavior and character when he is off the stage.

Sadly, this scenario I just explained has been a true experience of countless Christians. It’s hard for us to believe that someone who seems so good could actually be so bad when no one else is around. But we would all do well to hold everyone to the same standard regardless of their talents and speaking abilities.

Anytime someone in your life seems to always find themselves in situations where they need to keep explaining themselves and justifying their odd behavior, this is not a good sign. As Jesus said in Matthew 5:36-37, “And do not swear by your head, for you cannot make even one hair white or black. All you need to say is simply ‘Yes’ or ‘No’; anything beyond this comes from the evil one.”

I believe one of the reasons Jesus said this was because people who need to swear by something to convince you to believe them are usually not trustworthy. Honest people live in the light. Their answers are clear. They refute accusations with clear evidence because they have nothing to hide. You don’t have to listen to their justifications because you can see the way they live their life with integrity. Dishonest people have long and confusing explanations. They come up with all kinds of crazy excuses for why they can’t simply prove their point with evidence and they feel the need to plead and beg for people to believe them.

When someone is trustworthy, they will live a straightforward and simple life. Avoid the person who you have doubts about and who seems to always be saying things like, “I swear I am telling the truth.” Honest, trustworthy people rarely find themselves in situations where their integrity is even questioned. But dishonest people consistently get caught in odd situations where they need to beg you to believe them.