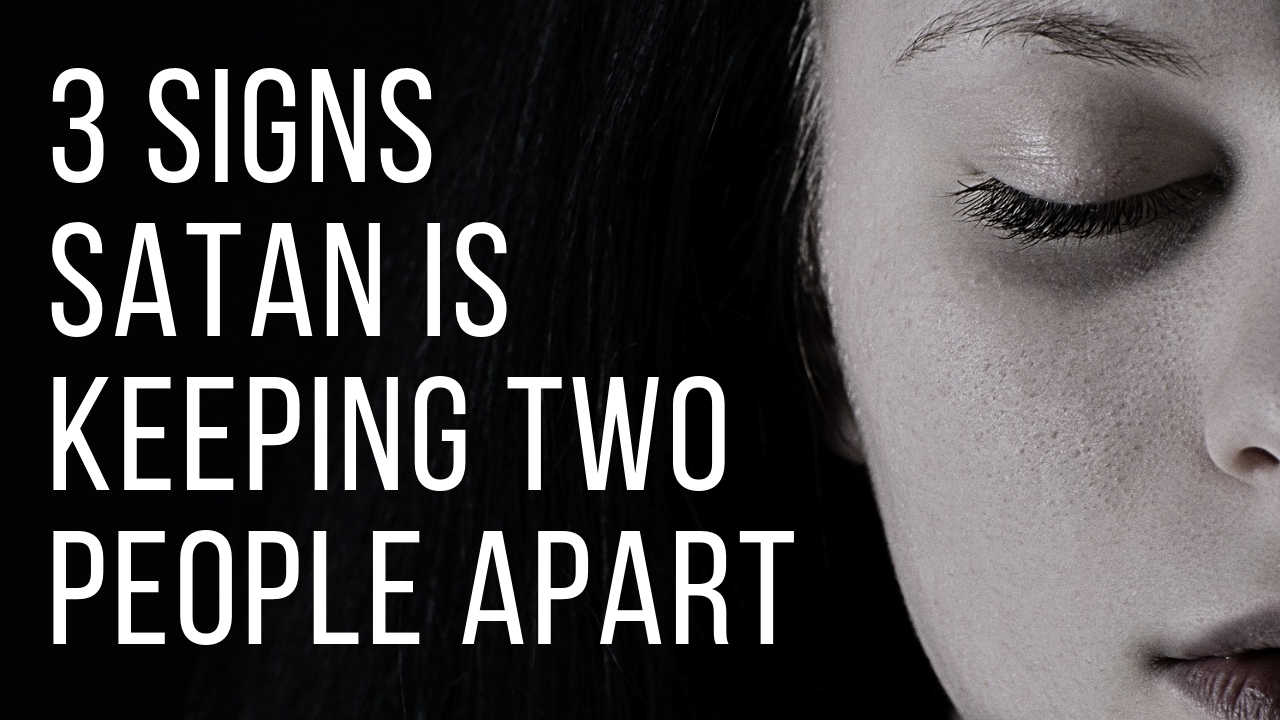 Satan’s primary goal is not to keep you single. According to 1 Peter 5:8, the devil’s main goal is to destroy you.

With that said, if Satan’s goal is to keep a Christian from glorifying God, it’s clear that he will try to ruin things that help us to glorify God. Throughout the Bible, a Christian marriage is consistently seen as a pleasing union to God that should be held in high honor according to passages like Hebrews 13:4, Ephesians 5:32, and Proverbs 18:22. Therefore it should be no surprise that one of Satan’s favorite targets to attack is a Christian marriage.

And as we all know, the best way to ruin a Christian marriage is to prevent it from starting at all. So here are 3 signs that Satan might be trying to keep two people apart. These signs are meant to help you obey what 1 Peter 5:8 states, “Be sober-minded; be watchful. Your adversary the devil prowls around like a roaring lion, seeking someone to devour.”

One of Satan’s favorite weapons of warfare is pride. In 1 Timothy 3 we learn of the requirements for an elder in the church. 1 Timothy 3:6 states, “He must not be a recent convert, or he may become puffed up with conceit and fall into the condemnation of the devil.”

The devil himself fell because of his own pride. He wanted to be like God and this caused God to cast him out of heaven. Therefore the devil knows that if pride caused him to fall, it is a very powerful tool that can ruin the lives of people as well.

The second way sexual sin can be used by Satan to keep people apart is that it poisons a relationship. When a man and woman commit sexual sin together before marriage, it weakens rather than strengthens their bond with each other because it takes the focus away from glorifying God and emphasize the enjoyment of the other person’s body.

As Ephesians 2:1-3 explains, when people follow Satan they give into gratifying their fleshly desires. So one sign that Satan is working against a relationship is when sexual sin is present.

One of the fastest ways to identify the devil’s presence in something is to look for lies. In John 8:44 Jesus said, “You are of your father the devil, and your will is to do your father’s desires. He was a murderer from the beginning, and does not stand in the truth, because there is no truth in him. When he lies, he speaks out of his own character, for he is a liar and the father of lies.”