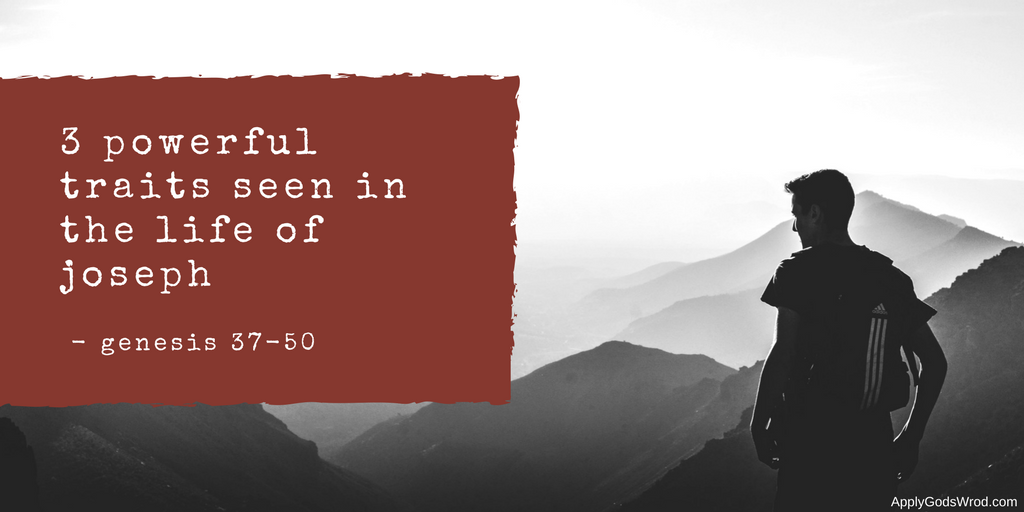 It’s my belief that the amount of real spiritual power someone has is equal to how much credit they are willing to give God in their hearts and actions. God greatly uses those who are finally ready to give him all the glory. If you still desire the praise, then God isn’t going to curse you with the power.

This trait of possessing power and yet knowing it comes from God is always present in those God uses the most. Joseph is a perfect example of this.

Power Comes from the Presence of God

Joseph was successful in all that he did because the Lord made him successful. His brothers could get jealous of the coat his father made him, sell him to some merchants, and thus take away his place in the family (Genesis 37). Potiphar’s wife could take Joseph’s cloak as a way to frame him and tell her husband Joseph tried to rape her, thus ruining his career as the assistant to Pharaoh’s captain of the guard (Genesis 39). (As a side note, Joseph seriously needs to stop accessorizing so much. This is now the second time his clothing has got him in a mess.) The cupbearer could forget to repay Joseph for interpreting his dream by not telling Pharaoh of Joseph’s innocence, thus making Joseph stay in prison for another two years (Genesis 40).

But what no one could do was take the presence of God away from him, thus everywhere Joseph went he was still successful despite difficult circumstances. It wasn’t because Joseph had so much skill that he found favor with everyone and was so amazing in all he did. God was responsible for it all.

When he was with his family, God caused his father to love Joseph more because of the miracle of Joseph’s birth to his dad in old age (Genesis 37:3). When he was sold into Potiphar’s house, it says, “The Lord was with Joseph and he prospered . . .” (Genesis 39:2). When he went to the jail, it says, “The warden paid no attention to anything under Joseph’s care, because the Lord was with Joseph and gave him success in whatever he did” (Genesis 39:23).

Powerful People Give Credit to God

Not only was God responsible for Joseph’s success and power, Joseph knew it, which freed God to give him more. When Joseph finally was remembered by the cupbearer and summoned before Pharaoh to interpret his dream, Joseph didn’t crack under the brightest lights he’d seen so far. If he was ever going to take credit for the power God gave him, now would be the time to do it. Standing before the most powerful person in Egypt and with all the royal officials looking on, this would have been the perfect setting for Joseph to exalt himself. 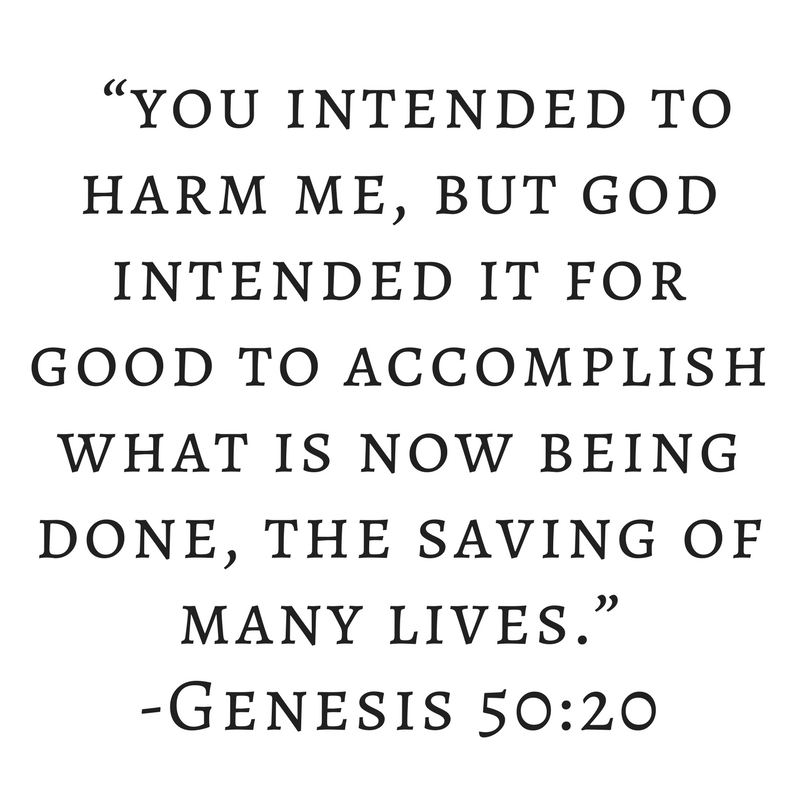 In Genesis 41:15 we have Pharaoh setting Joseph up for a prideful fall before God, “Pharaoh said to Joseph, ‘I had a dream, and no one can interpret it. But I have heard it said of you that when you hear a dream you can interpret it.” But Joseph passes the test and responds immediately with, “I cannot do it, but God will give Pharaoh the answer he desires” (Genesis 41:16). Because Joseph could be trusted to glorify God with the gifts he already had, God blessed Joseph with even more power (Genesis 41:39-40). God uses us in significant ways when we are ready to admit before all how useless we are without him.

Power Is Meant for God’s Glory and for Loving People

Joseph was truly a God-centered, glory-giving man of God. He had every opportunity to stop God midway through the process. Through anyone of the many difficult external circumstances he endured, Joseph could have turned from God and thus totally missed out on the finished work of art God was creating. But he trusted the faithfulness of God even when life didn’t make sense. He was faithful to give God the glory for the little God gave him, so God knew Joseph would give him the glory if he blessed him with much (Luke 16:10). As Proverbs 27:21 (NLT) states, “Fire tests the purity of silver and gold, but a person is tested by being praised.”

Because he gave God all the credit and allowed God to finish what he had been planning to do from the start, Joseph enjoyed the pleasure of God producing good through him for the benefit of others. Because he was willing to turn to God for the power, Joseph was used by God to help thousands (Genesis 41:53-57).

As this drama involving Joseph came to end, he was able to say with confidence to the very people who tried to hurt him, “You intended to harm me, but God intended it for good to accomplish what is now being done, the saving of many lives” (Genesis 50:20).