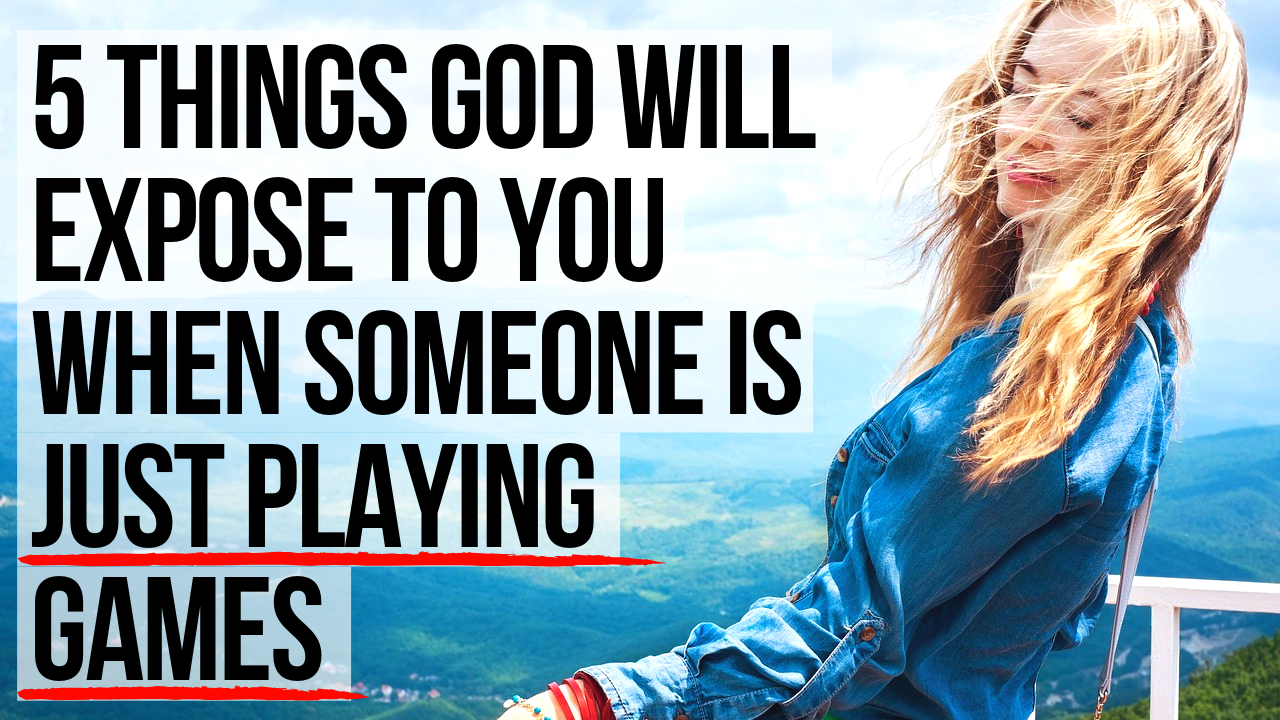 Here are 5 commons signs the Lord will show you when he is trying to warn you that someone is just playing games and has no intentions of entering into a serious relationship with you.

1. Someone Who Is Just Playing Games Will Say Intimate Things from a Distance

I’m certainly not against online Christian dating or starting a relationship from social media. Bethany and I have multiple friends who met their spouses online. However, we should not ignore the many dangers to these methods of meeting people as well.

One of the biggest dangers of social media and online relationships is that people can say whatever they want from the safety of their homes. Some people will say whatever they feel like regardless of whether or not they intend to back up their words with actions because they know they don’t ever have to meet you face to face if they don’t want to.

As Proverbs 10:19 (NKJV) states, “In the multitude of words sin is not lacking, but he who restrains his lips is wise.” So be very suspicious of someone who talks a big talk from a long distance away. Until they say those same things in person and show you with actions, stay guarded.

2. When Someone Can’t Follow Through on Their Commitments to You, It Means They Are Playing Games

Does he say he will call you but then never does? Does she say she will go out on a date with you but then keeps canceling last minute? Does he say he really likes you but he still has not asked you to be in an official dating relationship with him?

When people can’t follow through even on small commitments like calling when the said they would call or showing up somewhere they said they would be there, this means they are not serious about their relationship with you.

Don’t let this type of person keep wasting your time. Move on and stop them from playing games with you. If they are serious, they will follow through on their commitments.

3. People Who Are Playing Games Will Lack Consistent Interest in You

When someone truly likes you, they will be consistent. When the relationship is constantly ebbing and flowing and you can’t figure out why, it’s best to assume that the reason is because this person is just playing games and has no intention of actually entering into a serious relationship with you.

4. People Who Are Playing Games Will Always Be “Playing the Field”

One of the clearest signs someone is not actually that interested in you even though they sometimes act like they are is when they are doing this same thing to other people as well. Players don’t just play games with one guy or one woman. They love to “play the field,” meaning they love to lead as many people on as they can.

The reason people play games is because they like to be liked. They try to make themselves feel better by getting other people to like them. The more people that like them, the better they feel about themselves.

When Jude was describing the ungodly, he stated in Jude 1:16 (NIV), “. . . they boast about themselves and flatter others for their own advantage.” Stay away from flirtatious people who like to make others think they are interested in them when in fact they are only interested in exalting themselves in the eyes of as many people as possible.

5. When Someone Is Just Playing Games, They Will Get Mad at You When You Do Not Stroke Their Ego

When you don’t do what a selfish person wants, they will always get mad at you. Therefore, if someone is only happy with you when you are doing exactly what they want, this means they really don’t care about you. They are simply using you for their own selfish reasons.

All relationships are about giving and taking. When someone is only taking and then leaves you anytime you desire them to give as well, this means they are just playing games.

Here’s a video and article called 5 Ways to Spot a Player that you might also enjoy.