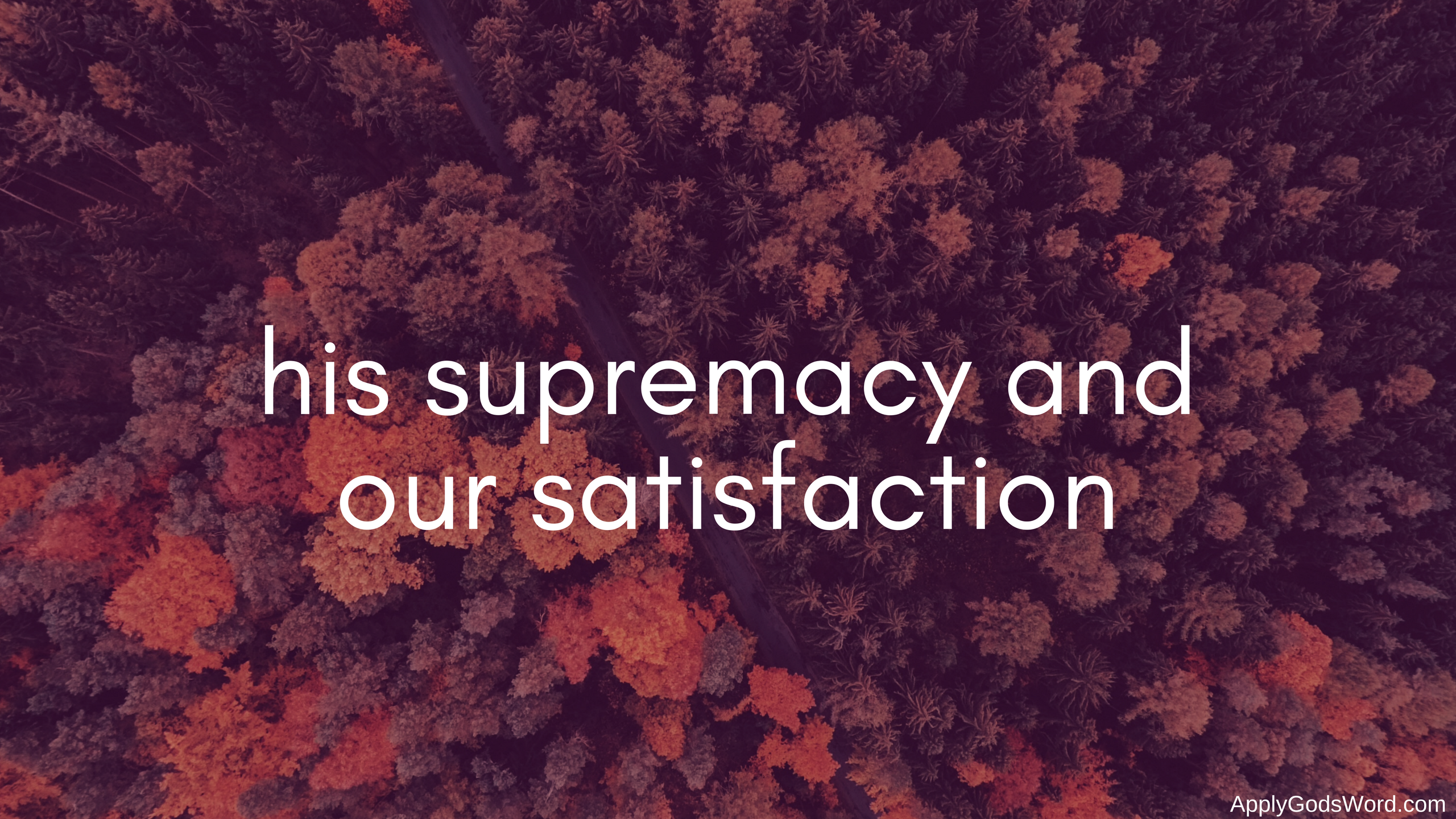 I want you to know that I am not doing this for your sake, declares the Sovereign Lord. -Ezekiel 36:32

(Note: The names and minor details of this story have been changed to protect people’s identities.)

Jose was a drug addict. Although much older now and obviously a different man, his rough, tattooed exterior and muscular build allowed for an easy visual of his former life of crime. By his own admission, he had lived a crazy existence full of violence, quick pleasures, and self-centeredness. Eventually his rebellious ways brought him to jail. It was there God found him. The prison chaplain led Jose to accept Christ and he never looked back. He even went to seminary and began a career in counseling other men who had fallen into the same traps he had.

It was years later when I met Jose. He was sharing his testimony with a group of juvenile delinquents at the prison where our church was serving. The first part of Jose’s testimony was quite common. God saved him, God delivered him, God helped him. The tears in his eyes were very telling to those of us who listened. God obviously did a lot for this man and he was clearly very appreciative.

But then Jose stopped. He told everyone what he had shared up to this point wasn’t his full testimony. He wanted to play a DVD to explain the rest. The video rolled. It was a recording of a news program. A loud and stereotypical “breaking news” intro played. As the story unfolded, the reporter explained a young man on drugs had been running around a local neighborhood naked, breaking house windows, and threatening people with a knife.

A clip from the police car’s dash-cam showed a blurry video of the nude young man running over the windshield. He looked wild and tortured, as if he was totally out of his mind. The reporter went on to explain the young man had come at police officers with the knife, forcing them to shoot and kill him.

It was here where the news story switched to an interview of the young man’s parents. The mother was explaining she didn’t blame the police officers for shooting her son but hoped God would somehow use this horrible tragedy to help others. Then came a clip of the father.

It was Jose. As he stood there in the middle of his yard surrounded by cameras and neighbors, he held his old, tattered Bible and explained that he too did not resent the police officers who shot his son but only hoped God would somehow use his son’s death for God’s purposes.

The video ended and Jose reiterated what we had just witnessed on the video. He also told us the cops who shot his son came to his house later to make sure he did not have a vendetta against them. Apparently they had learned of Jose’s violent past and feared he may seek retribution. Jose explained to them that he was a different man now that he had come to know Christ. As Jose ended his talk, he urged the young prisoners in the audience to stop living for themselves and put God first by accepting the grace of Jesus Christ.

Oddly enough, about a month before I heard Jose’s testimony, I had the opportunity to hear another man’s story which was strikingly similar. Eric had just started coming to our church. I knew I had to go to his side of town to run some errands, so I set up a time to go over his house and visit.

As we sipped our lemonade on his front porch, Eric began to tell me about his views of God. He explained God was there to help him. He was grateful for all the different ways God had revealed himself, how God helped him overcome his addictions, and how God even helped him earn some extra money to buy a new boat. 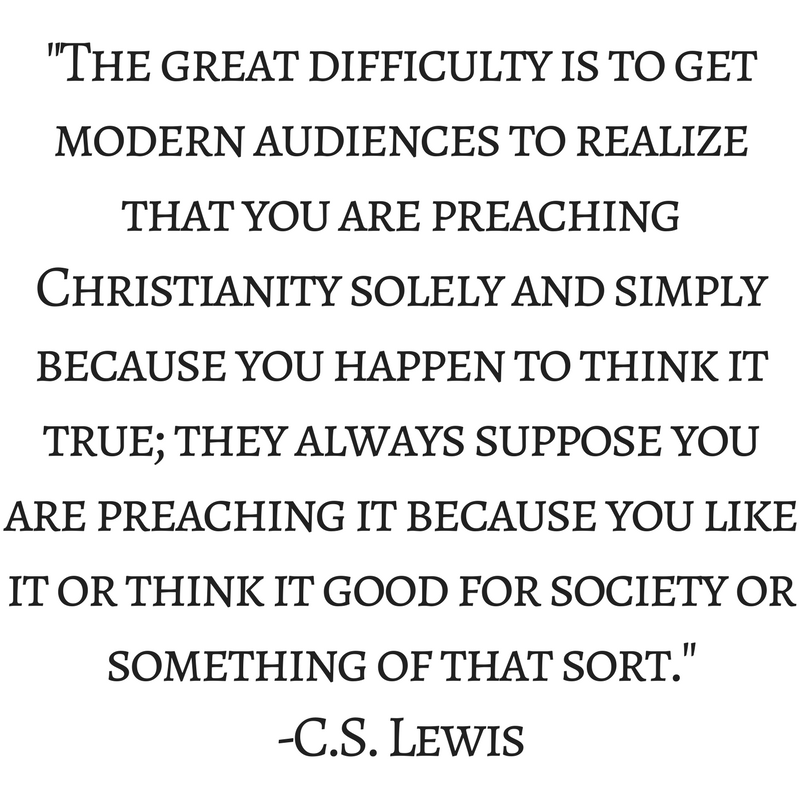 But then, like Jose, Eric paused. He explained this was not his full testimony, that there was more to his story than just this. Eric’s older brother had been involved in a dramatic motorcycle chase with the police some years ago. After the chase, he got off of the motorcycle with a gun and in a blaze of bravado he charged the officers. The group of them unleashed a hail of gunfire leaving any chance of survival completely impossible.

Tragic as it was, like Jose’s son, Eric’s older brother was also drug induced, armed, and clearly in the wrong. However, Eric’s reaction was completely different than Jose’s. Eric set out to prove his brother’s innocence. He singlehandedly, because no lawyer would help him, tried to accumulate enough evidence to prove the police were at fault for shooting his brother.

He confided in me his deep rage towards the officers overwhelmed him with anger followed by fits of depression and loneliness. As he took me into his house, he showed me a room completely dedicated to proving his brother’s innocence. Old newspaper clippings of his brother’s case were sprawled all over the desk, as though Eric read them often. Stacked on shelves were large binders filled with crime scene investigations, ballistic results, and numerous other evidence.

Attempt after attempt on Eric’s part had failed in court, but he continues to seek retribution for his brother’s death. He has been completely consumed by this for years now, and it doesn’t seem he will be slowing down anytime soon. It has totally taken over his life.

Why the different reactions? Both men, though it is tragic, clearly made poor choices that forced the police to kill them. Jose was able to move on, but Eric is left reeling in pain. A.W. Tozer said, “What comes into our minds when we think about God is the most important thing about us.” I believe the different reactions to similar circumstances happened because of their views of God. One man believed he was there to serve God. The other believed God was there to serve him.

Jose’s part one of his testimony explained how God had helped him. Eric’s part one of his testimony explained the same. Jose’s part two of his testimony, however, explained that even though his son died, he was going to live for God and wanted good to come out of this tragic situation. He equated his happiness with pleasing God, thus could go on in happiness despite the loss of his child. Eric’s part two of his testimony had no such details. He had not embraced, as Jose had, that his purpose in life was to serve and worship God no matter what. He was fine when he felt God was helping him, but his problems quickly consumed him when life was no longer turning out the way he thought it should.