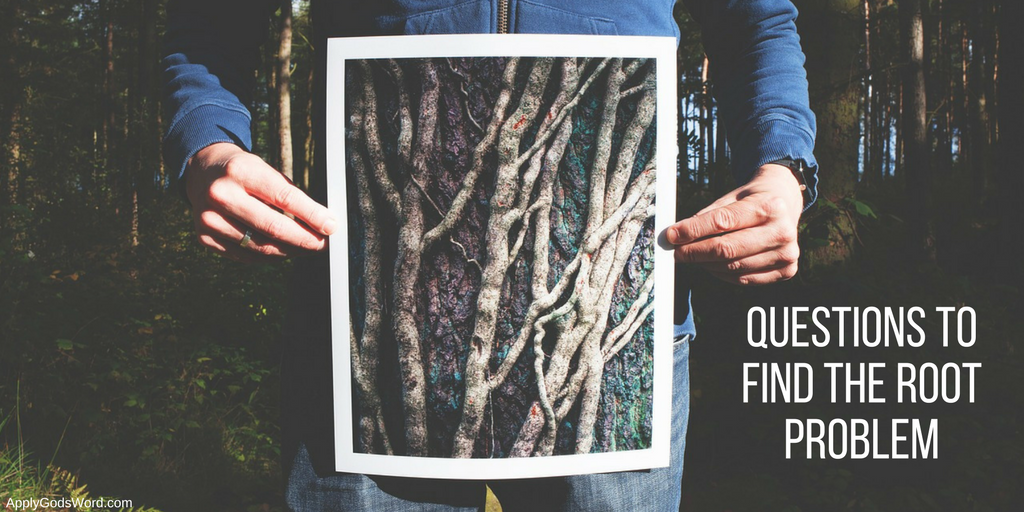 When we look at other people’s lives, it’s usually pretty easy to see root of their problems. Your friend can’t commit even though she keeps meeting potentially great partners, and she just can’t figure out why. You know her dad left her when she was young, so it seems obvious to you that her commitment issue is probably a defense mechanism to protect herself from not getting abandoned again. Why can’t she see this?

Because it’s always harder to see root issues in our own lives, no matter how obvious they should be. It’s a coping mechanism to subconsciously turn a blind eye to the real source of our pain. The closer we get to the root issue, the more pain we usually experience, and so our survival tactics kick in and we avoid the real problem.

So what can we do? Sometimes we need to come at our problems from another angle. If you feel like there are a lot of negative symptoms in your life but you haven’t been able to find the real root of the problem, here are few questions to ask yourself.

1. When do I get defensive?

When we’re being “defensive,” it doesn’t just mean we are being sensitive or thinned skin, although we may come of this way to other people. Being defensive means we are protecting some area in our hearts that is vulnerable, exposed to danger, or that has been formally abused.

When your girlfriend asks you, “How was your time out with the guys last night?” and you snap back, “Fine, why are you asking?” there’s a reason for your defensiveness. Was your mom ultra-controlling so you feel threatened anytime a female asks where you were? Do you have a history of unfaithfulness that you haven’t forgiven yourself for so you feel guilty when she asks things like that?

Whenever you get defensive, ask, “What is wounded inside of me that I feel I need to protect?”

2. When do damaging, unwanted patterns of behavior occur in my life?

We’ve all heard the saying, “Actions speak louder than words.” Well this principle can be applied when trying to figure out the root issue. If there’s a pattern of negative behavior during certain seasons of life, this is usually associated with certain triggers.

A lot of people turn into alcoholics around the holidays? Is this a coincidence? Or is it that the holidays remind people of their divorces, broken families, or how they messed up as parents?

Next time you notice a pattern of negative behavior, ask, “What am I trying to forget, run from, or numb myself from?”

3. What do you avoid thinking about?

Sometimes problems will manifest themselves not by what we focus on but by what we try to avoid. In regards to addiction, for example, what we are averting might be the root issue, which would be called an “aversion addiction.” As Dr. Gerald May explains in his book, Addiction and Grace, “Sometimes an aversion addiction is simply addiction stated in reverse. For example, if I am addicted to cleanliness, who is to say whether I am basically drawn toward neatness or repelled by dirt.”

Normally a root problem will reveal itself in what you’re building a tolerance for, thus needing more and more of it (drugs, alcohol, etc.) to produce desired effects. Sometimes, however, a root issue will reveal itself through what you are having a growing intolerance towards. Racism, sexism, and genocide, for example, are problems rooted in hate revealed not in a love for a certain race, sex, and ethnicity but in an effort to avoid and eradicate certain groups of people.

What are you trying to avoid more and more? When you answer this, sometimes the root issue will be exposed.

4. What really annoys you about other people?

When we complain about other people, this is always revealing something about ourselves.

Often times what we condemn in others is what we feel guilty about ourselves.

5. Ask yourself the “the miracle question”: If you woke up tomorrow and everything was miraculously better, what would that look like?

Sometimes clients will come into my office and vomit all kinds of problems out, “I feel totally depressed because my mom died last month. I’ve been so sad about it all I stopped going to work, and now I can’t pay my rent. I’ve also been drinking and going to the casino and my girlfriend has had enough, so she left me a few hours before coming to see you. I really want her back. What should I do?”

If I was being honest, I’d say, “Well . . . um . . . I have no clue. Your life is such a mess I have no idea where to start.” Rather than just pick what I think is the biggest problem, often times I’ll ask one of the most powerful questions a counselor has at their disposal, “If you woke up tomorrow and everything was miraculously better, what would that look like?”

This question is commonly referred to as the “miracle question” and is rooted in a counseling theory called, “Solution-Focused Therapy.” Traditional counseling starts with the problems and then works from there. The issue with that is sometimes the client will misidentify what the root issue is. Solution-focused therapy starts with the end goal first and then works backwards to see what’s hindering that goal from becoming a reality, thus revealing the root problem.

So in the example above, the client would probably say, “If I woke up and everything was better, I probably wouldn’t be so sad about the death of my mom.” We now have a grasp on what the root issue is. All his problems started there, so dealing with that grief properly should then take away the other symptoms.

Sometimes we need others to help us find the root of the problem.

Asking questions like the ones mentioned above can really help. But sometimes, despite our best efforts, we just won’t be able to see ourselves clearly.

Talking to a good friend, a pastor, or a counselor is never a bad idea, and sometimes it’s the only thing that will truly help us see the root issues in our lives.

Never be ashamed to ask for help. God designed humans to be helped by other humans. All true healing comes through Jesus Christ, but other people can often help us apply his boundless grace to the root of the problems in our lives that we can’t see on our own. 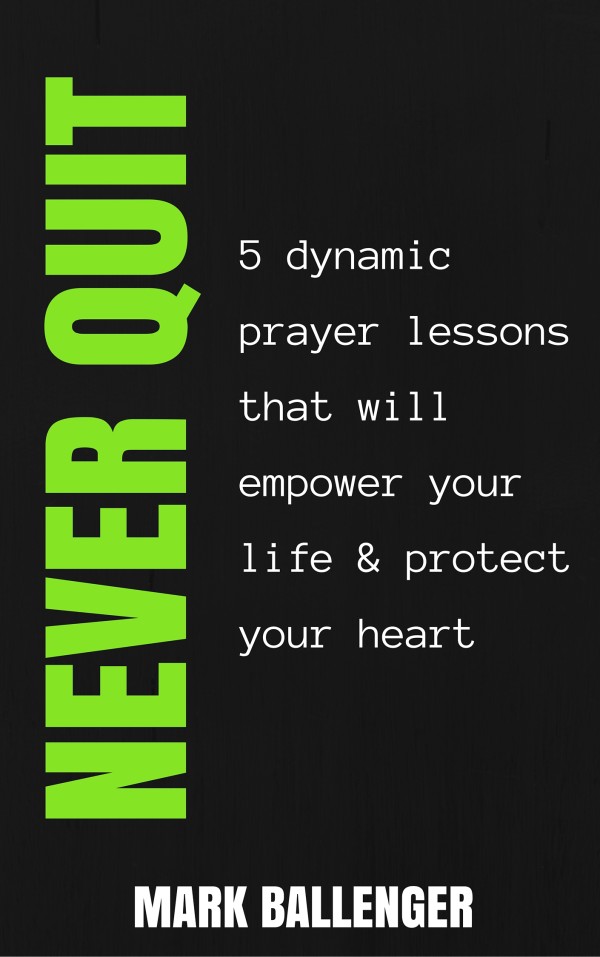