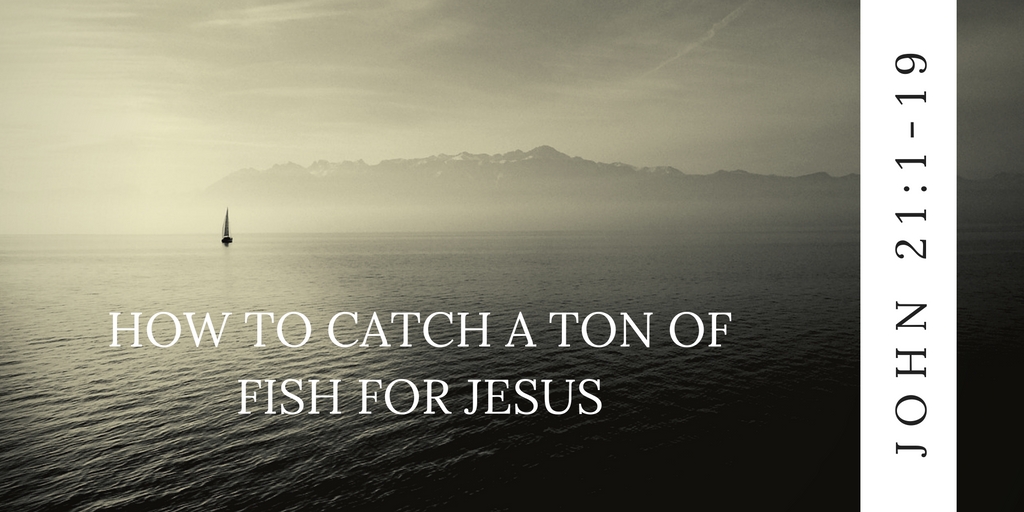 There are countless good qualities of God’s saints who left their marks on history, but in this blog series, we will talk about four of the most important qualities we should seek through grace if we hope to be used mightily by God.

There’s no clearer case study on being used by God than Peter. By studying John 21:1-19, we can see at least four preparatory actions Jesus helped Peter do so he could be used mightily by the grace of God.

#1: To Be Used Mightily By God, We Must Listen to Jesus

In John 21, Jesus had his work cut out for him when he set out to prepare Peter to be used mightily by God. Peter had perhaps given up hope that what Jesus predicted earlier would still come true:

Really? The keys to the kingdom of heaven? Surely Peter had disqualified himself from that promise when he disowned Jesus.

Nope. But Jesus did have to reset Peter on the right course. And the first thing Jesus did to prepare Peter to be used mightily by God was to remind him of how this whole “success in ministry” thing started in the first place – with listening to Jesus.

When you read John 21, it’s pretty hard not to be moved by the details of this story. The disciples clearly had heavy hearts, Peter most of all. So much had happened. He betrayed Jesus, but Jesus came back from the dead, and now Peter is left waiting, unsure of how all this is going to turn out for him. He clearly just didn’t know what to do next. So he goes and does the only thing he really knows well – fishing.

He fished all night, surely replaying the weeks’ life-changing events over and over in his mind, the boat rocking rhythmically, almost hypnotically on the moonlit waters. Peter was in a boat with his friends, but I’m sure he was totally stuck in his head, glassy-eyed the whole time, unable to move on from the moments of betrayal that now seemed destined to define the rest of his days. And as the sun began to peak over the sea’s horizon, signaling their night of fishing was over, they literally had caught nothing, not one fish. That’s almost a super-natural event in itself.

But then it happened. As he so often does, Jesus showed up when he was least expected. And he had some work to do with Peter. John 21:5-6 states:

So they cast it, and now they were not able to haul it in, because of the quantity of fish.”

This might just seem like Jesus being Jesus. But for Peter, this event had double significance. You see, Jesus was taking Peter back to the beginning of their relationship. He was reminding his broken disciple of how this whole thing started in the first place.

So much had happened since Peter had met Jesus. Peter had become a celebrity of sorts. He’d casted out demons (Luke 9:1-6), made bold proclamations he was commended for (Matthew 16:17), and he seemed to have special favor with the coolest guy around, who also just so happened to be the Son of God.

But to restore Peter to usefulness again, Jesus had to remind Peter of how their relationship began – with Peter listening to Jesus:

Getting into one of the boats, which was Simon’s, he asked him to put out a little from the land. And he sat down and taught the people from the boat. And when he had finished speaking, he said to Simon, “Put out into the deep and let down your nets for a catch.” And Simon answered, “Master, we toiled all night and took nothing! But at your word I will let down the nets.” And when they had done this, they enclosed a large number of fish, and their nets were breaking. . . . But when Simon Peter saw it, he fell down at Jesus’ knees, saying, “Depart from me, for I am a sinful man, O Lord.” . . . And Jesus said to Simon, “Do not be afraid; from now on you will be catching men.” And when they had brought their boats to land, they left everything and followed him.” (Luke 5:3-6)

By the grace of God, one of Peter’s greatest qualities was that he took Jesus at his word, “Master, we’ve been working all night long, I’ve already cleaned the nets, and I’m totally exhausted. We haven’t caught anything despite our best efforts. . . but you know what . . . alright, I believe you Master. I’ll listen to you.”

Peter’s relationship with God was based on listening. When Peter listened to Jesus, amazing things happened. When Peter stopped listening, life never seemed so bleak. Jesus was constantly making invitations, and Peter seemed the perfect disciple for Jesus because he was so eager to accept them. But you can’t accept an invitation if you aren’t willing to listen. I wonder what Jesus might be whispering to you?

I don’t know what God’s plan for you is. I don’t know in what ways God wants to use you. And odds are, you don’t either. But here’s what we do know. God wants to use you significantly (John 14:12). He may not plan on using you to preach to millions. He might, I don’t know. But spiritual significance is not based on external outcomes. Significance in the eyes of God is based upon how well we obey his direct call on our life.

The person who preaches to millions and the mom who raises her two children will be judged upon how well they listened to the intimate counsel of Jesus Christ in their life. When Peter listened to Jesus, he caught more fish than ever before, in more ways than one (Acts 2:14-41). I don’t know how God wants to use you. I just know if you listen to Jesus, he will absolutely use you in mighty ways.

If we want to be used mightily by God, we have to go back to the basics. We have to start listening to Jesus again. Our relationship started here, it will be sustained here, and if we hope to finish well, listening to Jesus will remain the most significant action we ever take.