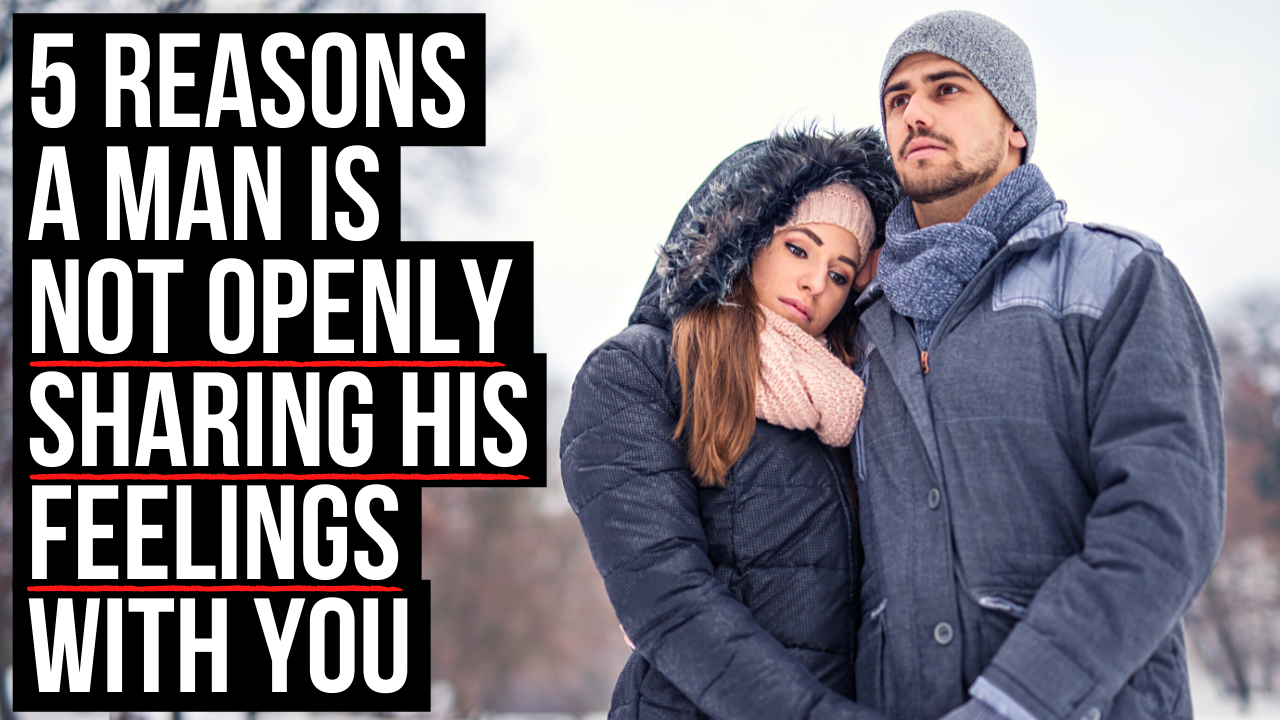 Here are 5 possible reasons for why a man is not openly sharing his feelings with you.

And if you haven’t heard, enrollment for AGW University is now available. For more information about these biblical relationship training courses, the email coaching with me, and the scholarship, feel free to click here before the February 27th deadline passes by.

I recently asked the AGW female subscribers, “What questions do you have about men?”

The answers were varied, but there were a few buzz words that consistently kept popping up. The women’s responses included words like “feelings,” “communication,” “communicate,” “emotions,” “emotional,” “expressing,” “express,” and “insecurities.”

If I was to summarize the main question women wanted answered, I would say they were wondering, “Why don’t men communicate more openly? Why are some guys afraid of sharing their emotions?”

While I do think this is a very good question and I’m sure many guys truly do struggle to communicate and are afraid of sharing their emotions, in all honesty, my main answer to this question is that most women are looking at this situation in the wrong way. It’s natural to assume that people who are different than us are doing something wrong. But sharing your emotions more openly is not necessary better or worse. Having a greater desire to share your emotions and the ability to do so is not more moral than having less of a desire to share your emotions and lacking the ability to do so.

So generally speaking, the reason men aren’t good at expressing themselves, sharing their emotions, or opening up with other men is because men don’t have a desire to do these things. It’s not the way God designed us. Most men don’t talk about their feelings that much for the same reason most women don’t want to play sports on the weekend that much. Men and women simply have different interests.

It’s easy to think the other gender is doing something wrong when they act differently than our own gender. But in reality, we are just different, and that’s okay. Women are naturally more expressive, they like to share their emotions more, and they want to talk with other women. That’s great! There’s nothing wrong with that! But it’s also not right to project these feminine desires onto men.

Of course I’m talking in generalities. Some men like to share their emotions and some women don’t. But generally speaking, the first factor to consider if you are a woman and you want a man to share more with you is to accept that this is not how he is wired. He doesn’t have this same need as you. He’s not necessarily being imbalanced or fearful. He could just be acting the way God made him to act as a man.

According to Genesis 1:27, God made both men and women in his image; but they are both different, which is why God didn’t make men and men or women and women.

If you can learn to accept a man for who he is, he will love you for this because most women want men to act like women. But then later in life, they get mad because their man is passive and weak. The less pressure you put on him to open up, the more likely he is to open up because he will feel your respect for him as a man.

Perhaps he was taught that to show any emotions is a sign of weakness. Perhaps he opened up once before and it went very poorly. Or perhaps he is afraid of sharing his true self because he fears rejection.

Many women feel a man is not opening up because of some fear in the man and so they ask, “What can I do to help him open up more?” Whatever the root cause is, if a man is afraid of sharing his feelings, there’s nothing you can do as a woman to change this. A man cannot be validated as a man by a woman. Ultimately he needs God the Father to validate him (Psalm 28:7).

If he is fearful and not sharing his emotions with you, you must accept that his love for you is not greater than his fears inside of him. Let him go. He’s not ready.

3. He Is Sharing His Feelings, But Your Own Insecurities Are Minimizing His Efforts

Sometimes it feels like a man is not opening up to you and sharing his feelings enough because the need in you is more than he could ever fill. While a healthy man and woman will seek to compromise and stretch themselves in a relationship to give the other person what their heart needs, there’s only so much a man can say to a woman who has her own insecurity issues.

As I said, it’s not as desirable for most men to share their feelings as it is for most women because God has not put this same need in a man as he has in most women. So when a man does express his feelings, when he does say he likes you, or he does say he loves you, it’s not a balanced expectation for you to believe he should verbally say these things all the time. He should be showing you with his actions all the time, but if he is not the verbal type, it could be you are asking too much of him if he’s already told you how he feels.

Just as you cannot give a man the strength he needs to overcome his fears, a man cannot give you the security you need in order to feel loved all the time if you are lacking this security in Christ. You need to feel secure in Christ before you will ever feel secure in a man’s love for you. No matter how much he opens up, he can never fill your heart like Jesus must (Psalm 16:1-2).

4. He Doesn’t Want to Share His Feelings with You

While some men don’t have as great a need to share their feelings and while other men have fear issues blocking them from sharing their feelings, sometimes the reasons a man is not opening up to you is simply because he doesn’t want to.

Generally speaking, men are very driven. When they really want something, they do everything in their power to get it. While you may want him to want to share his feelings with you, it’s more important to accept the fact that he is just not.

In the end, it doesn’t really matter why he is not opening up. Women tend to analyze the inside of a man. Men tend to analyze the outside of a woman. We both should take a page out of each other’s book at times. As a woman, take a step back from your own feelings and try to look at the reality of the situation. The reason he is not opening up is because he doesn’t want to. Sure, there may be some barriers. But ultimately his desire to share his feelings is not strong enough to do it. That’s the fact to focus on the most.

Look for a man who wants to give you what you need. When a man loves you, he may not have a need to share his feelings that often. He may have some fears about opening up. But if he knows you have this need to know how he feels, he will stretch himself for you because he wants to give you the emotional connection he knows you crave.

Love is sacrifice (John 15:13). A man who loves you will make the sacrifice of sharing his feelings with you even if this is something you need more than he does.

5. He’s Waiting to See If He Can Trust You

It’s possible a man will share his feelings with you, but he may just need more time. As we’ve said, most men don’t share their feelings and emotions as often as most women. But men still have a desire to do this sometimes. They are often just a lot more selective in when they do this and with whom they do it.

If you are just getting to know a man but you could see yourself with him, show your love for him be being patient with him (1 Corinthians 13:4-7). Of course if he not stretching himself for you too this won’t work. But it’s certainly possible he will open up once he knows you more. His timeline may just be different than yours when it comes to wanting to open up more about his emotions and his feelings.

For more information about my relationship training courses along with the scholarship opportunity, feel free to click here to learn more. 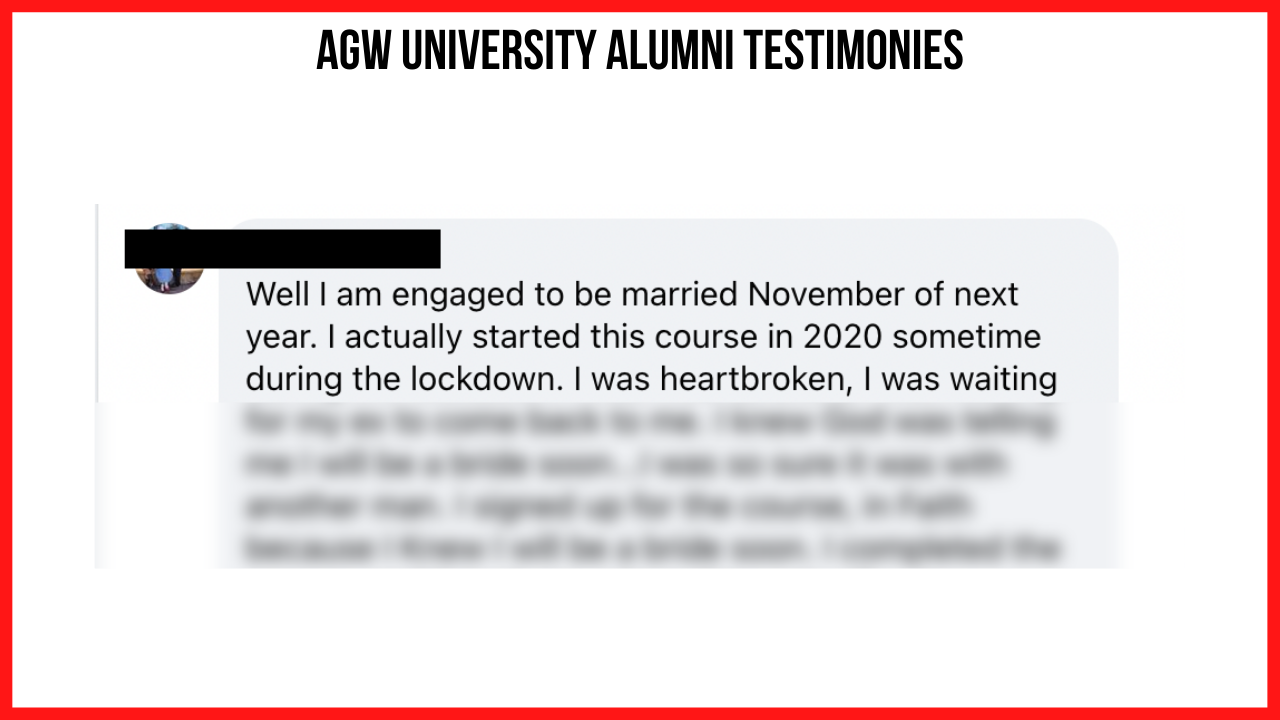