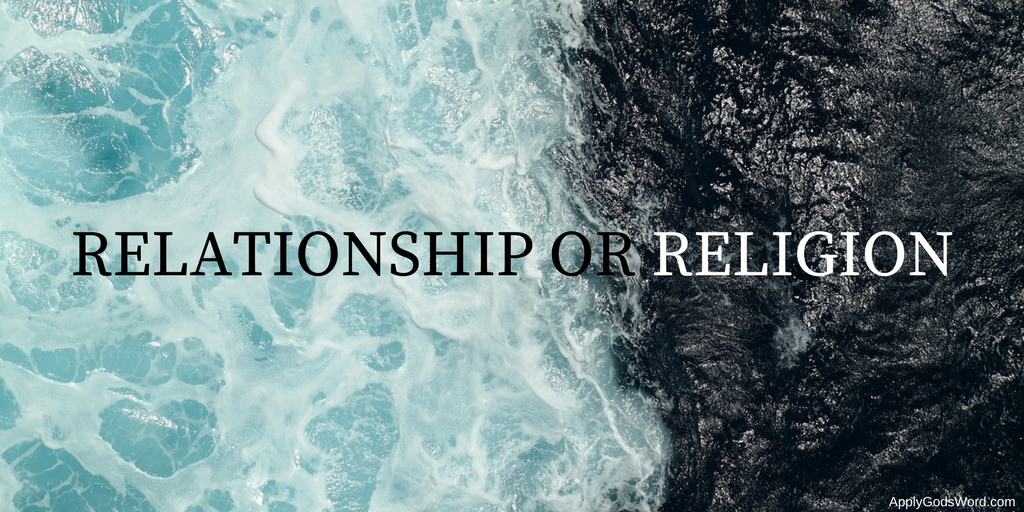 Is Christianity a religion or a relationship? Well, it depends on what you mean. If we take the most literal definitions of “religion,” Christianity would be classified as a religion.

It is very different than other religions, but of course there are some similarities with other religions. The main similarity is that every religion holds to certain beliefs and doctrines that followers must attest to in order to be “in” that religion.

Additionally, Christianity is different because within its core beliefs is the truth that to be saved you must be “reconciled to God.” Forgiveness is when your sins are cleansed. This is core to Christianity too. But Christianity goes one step further and says not only must you be forgiven, you must be reconciled, which means your relationship with God must be restored.

So yes, Christianity is a religion, but it is a religion that claims you must have a real relationship with God through the person and work of Jesus Christ. In fact, the Bible even uses the word “religion” to describe what God wants:

If anyone thinks he is religious and does not bridle his tongue but deceives his heart, this person’s religion is worthless. 27 Religion that is pure and undefiled before God the Father is this: to visit orphans and widows in their affliction, and to keep oneself unstained from the world.” (James 1:26-27)