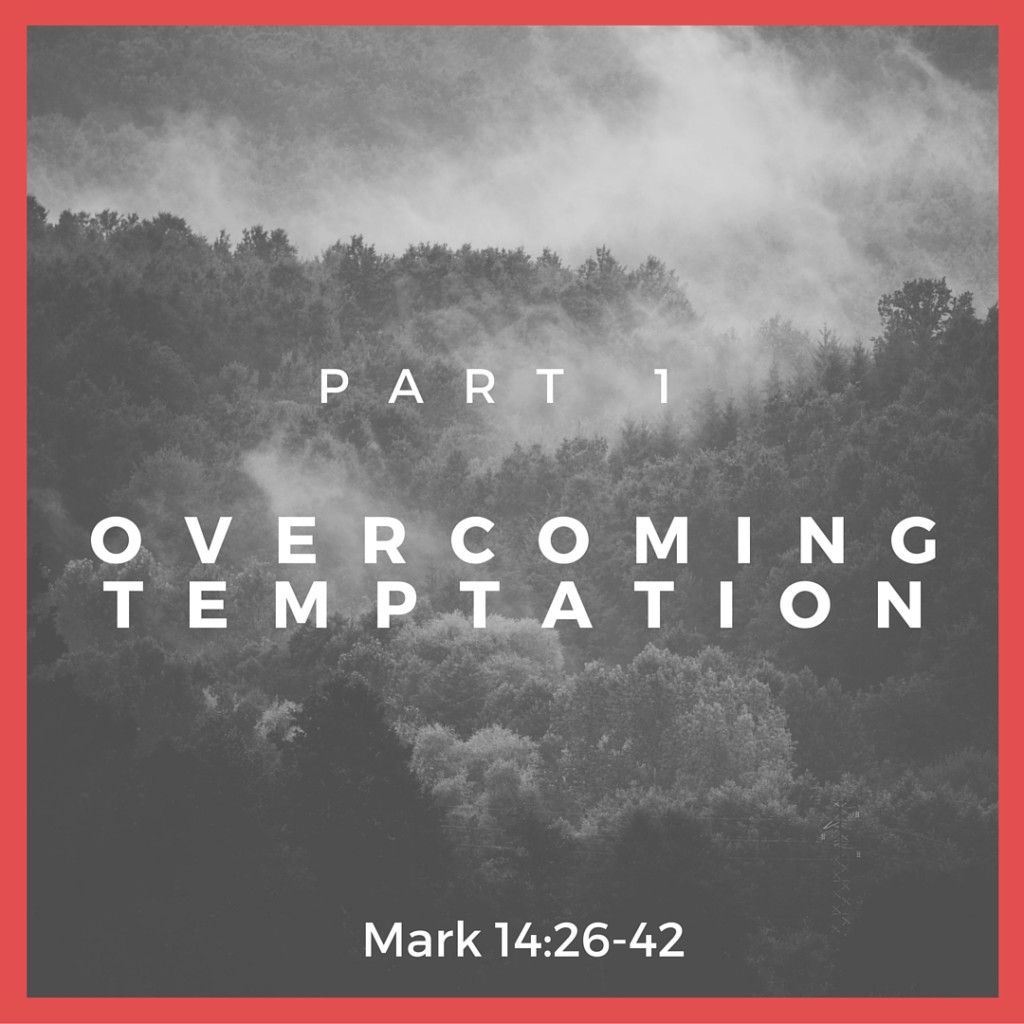 And Jesus said to them, “You will all fall away, for it is written, ‘I will strike the shepherd, and the sheep will be scattered.’ 28 But after I am raised up, I will go before you to Galilee.” 29 Peter said to him, “Even though they all fall away, I will not.” 30 And Jesus said to him, “Truly, I tell you, this very night, before the rooster crows twice, you will deny me three times.” 31 But he said emphatically, “If I must die with you, I will not deny you.” And they all said the same. – Mark 14:27-31

To deny that you are sinful and capable of falling into temptation is to lay the foundation for consistent sin. If you refuse to believe that you really are sick, you will never take the correct medicine. The first step to becoming well is to come to grips with how deadly the disease really is. If you lie to yourself that you only have a simple common cold, but in reality you are infected with a deadly cancer, you will never seek out the right treatment for healing.

To Overcome Temptation, You Must Admit You Can’t Overcome it Without Christ

We must be honest with ourselves and come to grips with what the word of God says about us without Christ. The Bible explains clearly that we have no chance without the Savior. Jesus said in John 15:5 that if we remain in him, we will bear much fruit, but apart from him we can do nothing.

Likewise, when we deny the Bible’s claims about our shortcomings and depravity, we too are setting ourselves up for a fall. Pride repels prayer. Perhaps the reason so many of us hit the snooze button 15 times and cannot get up early in the morning to read our Bibles and pray to God as we know we should is because deep down we have not come to grips with how helpless we are on our own without Christ.

Forgetting About Your Fallen Nature Will Keep You From Pursuing God

I remember when I was on missions trip in Africa, and the doctor gave me pills to take to protect against malaria. If you get infected with malaria, it can be very life threatening. I remember these daily pills being an inconvenience and they burned my esophagus after months of taking them. But no matter how inconvenient and painful they were to take, I was not going to miss one dose because I knew malaria was deadly. A lack of pursuing God is evidence that we have not believed the Great Physician’s diagnosis of how bad the disease of sin really is.

Peter’s issue was not his passion, his problem was his pride towards sin, which led to a lack of prayer.

Repentance is the First Step Towards Redemption and Overcoming Future Temptations

The only thing that could make this situation worse would be if even after the disciples denied Jesus, they did not learn their lesson. Peter did learn his lesson. Later in life he wrote a letter and in it he said this:

All of you, clothe yourselves with humility toward one another, because, ‘God opposes the proud but shows favor to the humble.’ 6 Humble yourselves, therefore, under God’s mighty hand, that he may lift you up in due time. 7 Cast all your anxiety on him because he cares for you. 8 Be alert and of sober mind. Your enemy the devil prowls around like a roaring lion looking for someone to devour. (1 Peter 5:5-8)

These words Peter wrote later in life are the exact warning Peter ignored from Jesus. Jesus told Peter in Mark 14:38 to “watch and pray,” and in Peter’s letter, he is telling us to pray and be alert against the devils schemes.

Peter learned the hard way and is giving us the wisdom on how to avoid temptation so that we don’t have to fall as he fell. He learned the hard way that pride leads to a lack of prayer; as Proverbs 16:18 states, pride comes before the fall. Humility on the other hand leads to a dependence upon God’s grace, which is the foundation for victory over temptation. Humility leads us to admit our weakness without Christ, and thus draws us to him as we fully recognize our need for him.

Overcome Temptation by Learning from Past Mistakes

It’s worth noting that most biblical historians believe that the information Mark got to write his gospel account was most likely from Peter. As you read through Peter’s denial of Jesus recorded in all four gospels, the book of Mark seems to have the most details and description regarding Peter’s denial. It’s as if Peter was trying to make the retelling of his betrayal of Jesus as vivid as possible for his readers so that we might not have to make the same mistakes as him. It’s as if he is trying to tell us that he was almost devoured by the devil, so stand guard, and don’t take the warnings of Jesus about your sinfulness lightly like he did.

Peter learned his lesson, he came to grips with his lack of strength without Christ, and the only thing that can make our pride worse is if we never repent of it like Peter eventually did.

It was shear childish stupidity that I did not believe her warning. But I learned from that, and decades later, I can proudly say with confidence I’ve never been burned by an iron again. It was a simple life lesson that we all go through, but so often we do not learn this way when it comes to our spiritual mistakes.

God warns us, we ignore him, and we get burned. The only thing that could make this worse if we were to go on ignoring him, thinking maybe we won’t get burned on the 2nd time, the 20th time, the 100th time. . .

May we, like Peter, learn from our pride, take God’s warning about our own sinfulness seriously, and exercise the humility necessary to rely on him through prayer.