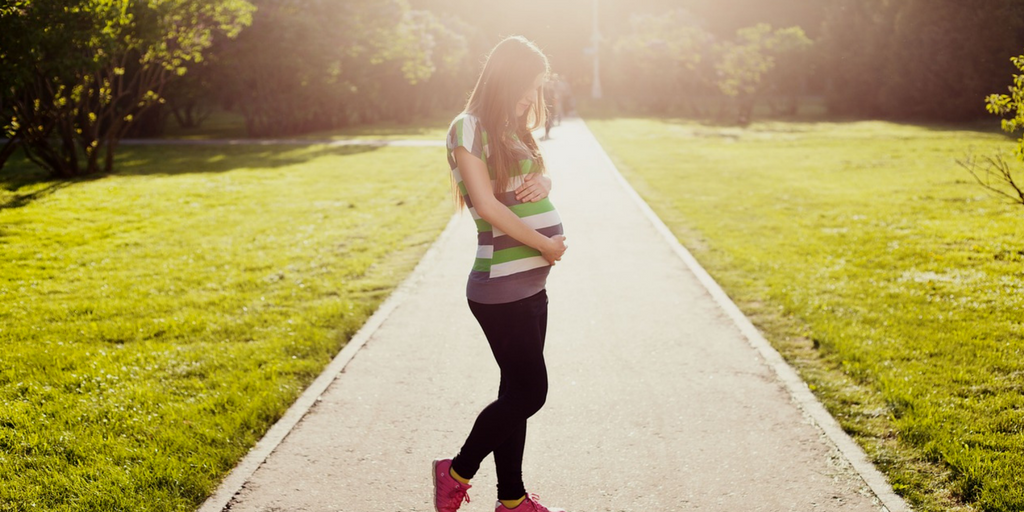 What does the Bible say about being pregnant before marriage? Is having a child out of wedlock a sin or a blessing? What is the most biblical, Christian response to unwed pregnancy?

Premarital Sex Is a Sin. Having a Child Is Always a Blessing

Put simply, the Bible does not say much about getting pregnant out of wedlock. It does however clearly say that premarital sex is sin (Ephesians 5:3, 1 Corinthians 6:18, Proverbs 5:15-19).

Children are a blessing from the Lord according to the Bible (Psalm 127:3-5). Period. There is no distinction between a human life born in marriage or a human life born out of wedlock. In John 16:21-22 Jesus states:

When a woman is giving birth, she has sorrow because her hour has come, but when she has delivered the baby, she no longer remembers the anguish, for joy that a human being has been born into the world. So also you have sorrow now, but I will see you again, and your hearts will rejoice, and no one will take your joy from you.”

Jesus used the analogy of a “human being has been born into the world” to show how we will have pain but more joy in Christ as Christians. He didn’t use the analogy of a child only born to a married father and mother. The Bible says God forms every child, including those conceived out of wedlock, not just those born in marriage. Bible verses like Psalm 139:13-16 apply to every out of wedlock pregnancy just as it does to every other pregnancy:

For you formed my inward parts; you knitted me together in my mother’s womb. I praise you, for I am fearfully and wonderfully made. Wonderful are your works; my soul knows it very well. My frame was not hidden from you, when I was being made in secret, intricately woven in the depths of the earth. Your eyes saw my unformed substance; in your book were written, every one of them, the days that were formed for me, when as yet there was none of them.”

So the Bible says out of wedlock pregnancy is not a sin. Premarital sex is a sin. Having children is a blessing.

The Bible Says Jesus Was Conceived Out of Wedlock

Jesus was obviously birthed without sin. But Jesus was conceived when Marry was not married. Thus an out of wedlock pregnancy is clearly not a sin. Premarital sex is. Matthew 1:18 states, “Now the birth of Jesus Christ took place in this way. When his mother Mary had been betrothed to Joseph, before they came together she was found to be with child from the Holy Spirit.”

This argument may seem like slight-of-hand stuff, but I believe this truth that Jesus was conceived in a woman who was not married should shape how we as Christians approach out of wedlock pregnancy. We must learn to not celebrate the sin that led to the unwed pregnancy while also not condemning the actual pregnancy.

Heaping shame on young Christian mothers who have committed the sin of premarital sex is dangerous, disrespectful, and unbiblical. If they are unrepentant for their sexual sin, then address that issue specifically through church discipline as you would other people stuck in sexual sin. Premarital sex is not a worse sin if a child is conceived because of it. Likewise, just because a blessing does come out of this sin does not mean the sin is any less sinful.

Perhaps a better way to say it is that this child was not born because of premarital sex (sin) but by the grace of God. Any good thing is from God (James 1:17). While God does not create sin in our lives (James 1:13-16), he did create a male and female to have the capability to perform a biological miracle. This miracle of life should be celebrated even if the act of sex outside of marriage is still sinful.

How Should the Church and Christian Communities Handle Out of Wedlock Pregnancies?

If you would say nothing to the youth group as a whole in scenario A, I believe scenario B should be treated the same way. To highlight the sin in scenario B if this is not your normal practice makes it seem like the out of wedlock pregnancy has made this sin of premarital sex worse than normal. The Bible does not say the out of wedlock pregnancy makes premarital sex more sinful, therefore this should never be the message you communicate to those you lead.

One poor example, in my opinion, of how to handle out of wedlock pregnancy occurred to Maddi Runkles. Maddi got national attention because she became pregnant out of wedlock and then her Christian high school did not allow her to walk on graduation day. I believe this was wrong and inconsistent since premarital sex and not pregnancy out of marriage is the sin; therefore the school should have forbid all who have had premarital sex from walking on graduation if they wanted to be fair. Otherwise they are disciplining Maddie for having a child, not for having premarital sex.

Some disagree with me on disciplining unwed pregnancy the same as you would premarital sex because they say that a pregnancy is more visible and thus to protect others (usually meaning “the youth”), there must be a more public address regarding the sin that took place, “We don’t want our youth to think it is okay to have premarital sex, do we? What will they think if they see her pregnant and we haven’t said anything?”

Obviously we don’t want to send that message. I’m not saying you don’t talk about the elephant in the room. People need their Christian leaders to help them interpret the messy parts of life. But does being a pregnant teenager or a pregnant young adult or a single mom really look like a tempting lifestyle other people will pursue? Does seeing a young lady pregnant really cause other people to all of a sudden think the church is condoning premarital sex? Considering young people have instant access to endless porn right in their pockets with smart phones, does seeing a pregnant peer really insight all kinds of out of control passions? If you publicly support this young girl’s choice to reject murder and embrace life, will this really cause teenagers to run out and have sex with their boyfriends and girlfriends? Is that the nudge some youth will need to just dive into a life of sexual sin?

Additionally, I think it would not be hard at all to address premarital sex without publicly addressing this one girl’s out of wedlock pregnancy.Why point out her premarital sexual sin in a special way when she has chosen to protect life while so many others shamefully murder babies quietly so no one will know of their sin?

Again, if an out of wedlock pregnancy is the church’s only time of addressing sex outside of marriage, there is a bigger problem at hand. The church needs to learn to create safe places for out of wedlock pregnancies. We need to be mature enough to not condone sexual sin while also never condemning life or heaping shame on people who already know they have sinned. It’s not overly complicated to celebrate life without celebrating sexual sin.

I know this is messier than I’m making it out. But in general I believe churches, Christian schools, and other Christian communities should be consistent in their approach of premarital sex. There is a far greater risk of encouraging other young people to get abortions if you shame someone who keeps their child than the likelihood of you preventing other premarital sex from occurring because you publicly humiliated a young girl who had the courage to come forward and keep her child.

(For more on this, read my article, “Sexual Purity: How the Church Often Gets It Wrong.”)

If you are consistently addressing sexual sin with young people and then someone in the Christian community shows up pregnant, the young people should be mature enough to know that the sin which led to this pregnancy was sin. If they are that biblically immature to know that sex outside of marriage is sin, you as a Christian leader are doing something wrong.

What young people probably know less about is how to feel about the pregnancy itself. They know premarital sex is wrong – at least they should know this if you are doing even the bare minimum in teaching them what the Bible says. If you’ve just been playing games and feeding them pizza for the last 15 years, then maybe you will need to tell some of them that premarital sex is sin. But a normal Christian teenager is not that dense.

So what they need is for you to teach them how to interpret the difference between the sexual sin and the pregnancy itself. They may not know Christians should celebrate life and how much support and encouragement this girl will now need as a young mother. They may not know how easy it would have been for her to murder her baby through “abortion.” They may not know her sexual sin is different than her choice to value life. That’s what young people need training on. Again, if you need this out of wedlock pregnancy as your opportunity to teach them what the Bibles says about the sin of premarital sex, you have already failed your youth.

What Does the Bible Say About Getting Pregnant Out of Wedlock?

While the Bible does not say a lot about having children outside of marriage, throughout the Bible God celebrates life. Premarital sex and premarital pregnancy are different. As Christians, let’s never celebrate sexual sin, but let’s always celebrate human life coming into the world.