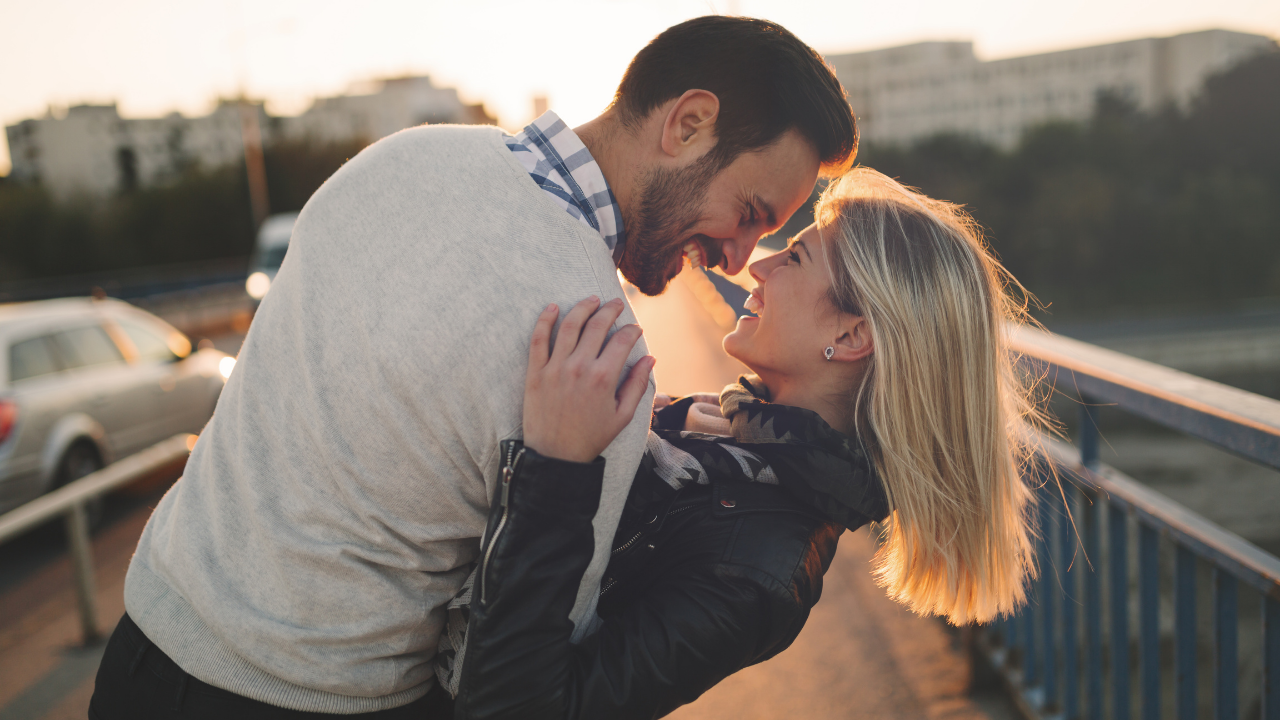 So here are 3 signs God is revealing “your Rebekah” to you.

1. Your Rebekah Will Follow You Once You Pursue Her

In Genesis 24, we are given a unique story of how God brought Isaac and Rebekah together. As we discussed last week, this passage of Scripture should not be used as a one-for-one blueprint on how God will lead you to the one. You should not try to get a servant to go to a distant land to try to find you a spouse like Abraham did for Isaac. But there are some powerful principles in this Bible passage that give us great insight on how God will lead a man to know who his future wife is.

One trait she will possess is a willingness to follow. The Bible does not give defined roles for the pre-marriage process. But it does talk about the roles of a husband and wife in marriage (Ephesians 5:21-33). In these passages it becomes clear that a godly husband will love his wife by going before her to protect her and to provide for her. He will support her practically and emotionally.

I love the two words used to describe how a husband should treat his wife in Ephesians 5:29, “nourishes and cherishes.” The word “nourishes” speaks to the practical care he will provide for his wife. He will work hard and do whatever he can to make sure his family is taken care of. But that’s not enough. God made a husband to also “cherish” his wife. She needs emotional support and love too. He is called to love her in a way that he loves no one else.

I say all of that because while these roles for marriage should not be directly applied to dating, it is wise to see a foreshadowing of a healthy marriage in the pre-dating and dating phases of a relationship. The man and woman should be able to see certain qualities in the other person that would lead them to believe that they would be able to both fulfill the biblical roles for marriage if they did get married one day.

This often means that the role of “pursuing” in dating mainly falls on the man. Like the story of Isaac and Rebekah, it was Rebekah who was pursued. Abraham and Isaac had to send someone to her home town, not the other way around. So as a man, you should pursue a woman. But how will you know if the woman you pursue is the one God wants you to marry? Well, one sign is that she will be willing to follow you once you pursue her. Notice what Genesis 24:5-6, 8 state:

The servant said to [Abraham], ‘Perhaps the woman may not be willing to follow me to this land. Must I then take your son back to the land from which you came?’ Abraham said to him, ‘. . . But if the woman is not willing to follow you, then you will be free from this oath of mine; only you must not take my son back there.’”

Abraham told the servant that his job was to be active. It would be Isaac’s future wife’s job to “be willing to follow” him. Likewise, God has called you as a man to pursue the woman you believe God is leading you to pursue. But it is then her job to be willing to follow you.

They knew that “the one” for Isaac would be marked by her willingness to follow. If she was not willing to follow Isaac, she was not the one for Isaac. The same will be true for you. Don’t chase a woman who is not interested in being chased by you. The woman God has for you will be excited and willing to respond positively once you pursue. You will need to make the first move as a godly man, but she will then need to respond.

2. Your Rebekah Will Bear the Fruit of a Woman Who Is Actively Walking in Her Calling as She Follows Jesus

As the servant went back to Abraham’s old hometown, there were so many things he could have prayed as a way of finding the one for Isaac. But notice that he focused on a willingness to serve. In Genesis 24:14 he prayed to God:

Let the young woman to whom I shall say, ‘Please let down your jar that I may drink,’ and who shall say, ‘Drink, and I will water your camels’—let her be the one whom you have appointed for your servant Isaac. By this I shall know that you have shown steadfast love to my master.”

I’m certainly not saying that you should go around asking women to do tasks for you and then pick the one who offers to do more tasks for you. What I’m pointing out here is that this servant was led to look for a woman who would be willing to follow the call God had placed on her.

Rebekah came and did just what the man had prayed she would do. We don’t know what internal dialogue she must have had during this situation, but from her actions it’s likely she just felt an inner nudge from God to do something kind for this stranger. She could not have possibly known this man would give her anything in return by her giving him a drink and then offering to do extra work she was not required to do on behalf of him.

The point I’m making is that your Rebekah will be the type of woman who is willing to obey the Lord’s leading in her life. She won’t be running from the call to serve those the Lord is telling her to serve.

Genesis 24:16 states, “The young woman was very attractive in appearance . . .” Was this how the servant knew this was the one for Isaac? “Look, a pretty woman. This must be the one!” No, he was not blinded by her beauty. Rather, he was drawn to her willingness to serve and follow the Spirit’s leading. As 1 Peter 3:3-6 says to wives:

Do not let your adorning be external—the braiding of hair and the putting on of gold jewelry, or the clothing you wear— but let your adorning be the hidden person of the heart with the imperishable beauty of a gentle and quiet spirit, which in God’s sight is very precious. For this is how the holy women who hoped in God used to adorn themselves, by submitting to their own husbands, as Sarah obeyed Abraham, calling him lord. And you are her children, if you do good and do not fear anything that is frightening.”

I wonder if this servant was looking for the qualities he had seen in Isaac’s mother, Sarah? Perhaps when he met Rebekah, he thought back to Sarah and saw similar godly qualities. In any case, when God reveals your Rebekah to you, she will be like “the holy women who hoped in God” rather than a worldly woman who hopes in her own beauty or strength.

3. Your Rebekah Will Be Willing to Step Out Into the Unknown with You Rather Than Wanting to Know the Entire Future Before Moving Forward

This point really applies to us all. Notice how Rebekah was willing to follow the Lord’s leading even though there was a lot she did not know about the future. Again, let’s be cautious we are not using this Bible story as an exact blue print to follow. Don’t go and marry someone you never met before. God was obviously making his will know in supernatural ways in this story. God calls us to listen to the Holy Spirit and he will usually reveal his will to us by helping us live wisely as we apply his word to our lives.

But eventually, when it comes to relationships, there is always an element of faith. When God reveals the woman he wants you to marry, she will be willing to take that step of faith with you. You won’t have to keep convincing her this is a good idea. You won’t have to prove yourself over and over again when you are already have proved yourself. To use a phrase from hip-hop culture that I mean with all seriousness and respect, she will be “a ride or die” kind of woman towards you.

That’s what you want to see. God will reveal your Rebekah to you when he gives you that woman who is willing to be your woman through thick and thin.