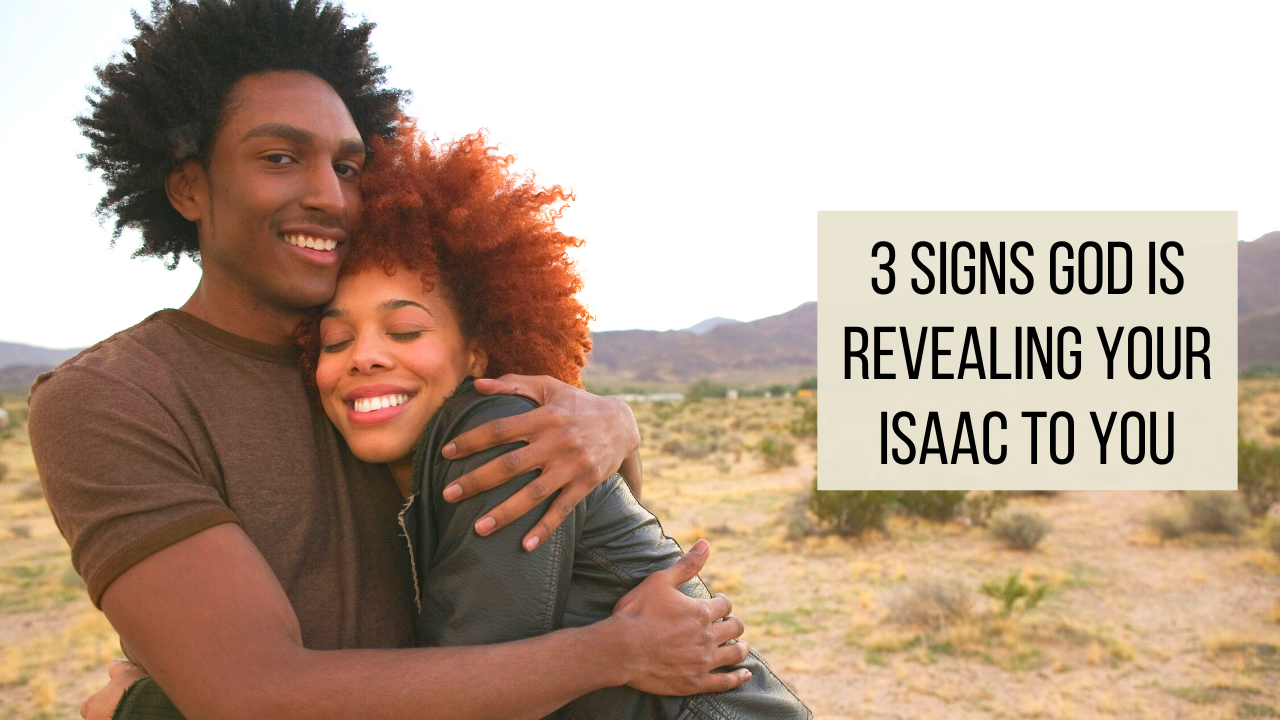 So if you are a Christian single woman wondering how God will reveal your Isaac to you, here are 3 signs to look for.

1. Your Isaac Will Be Committed to Finding a Godly Woman Before He Even Meets You

Many men try to become godly for the woman they want because they know she wants a godly man. But that’s not what Isaac did. Before Isaac even knew Rebekah, he was already seeking to submit to his father’s plan to have him marry a godly woman. Genesis 23:2-4 states:

And Abraham said to his servant, the oldest of his household, who had charge of all that he had, ‘Put your hand under my thigh, that I may make you swear by the Lord, the God of heaven and God of the earth, that you will not take a wife for my son from the daughters of the Canaanites, among whom I dwell, but will go to my country and to my kindred, and take a wife for my son Isaac.’”

Just as Isaac had to submit to Abraham’s plan for him to marry a godly woman, so too must your future husband be ready and willing to submit to our Heavenly Father’s plan for his future marriage. It would have been so easy for Isaac to reject his father’s will and simply marry one of the Canaanite women, which would have meant they would have been unequally yoked because these women worshiped false gods. Likewise, a Christian man today must make the choice about what type of woman he will wait for.

2. You Will Know You Met Your Isaac When Your Relationship Is Clearly Being Orchestrated in Ways That Can Only Be Attributed to God Himself Rather than Your Own Striving

In Genesis 24:5-49, we are given details about how Isaac and Rebekah came together which make it clear that their union was being directed by God. The things that happened could not have been accidental or arranged by human will power.

For example, Abraham sent his servant back to his old hometown to find his son a wife, which was a long journey. The odds of his servant finding someone from Abraham’s kindred were extremely unlikely (Genesis 24:1-9).

Once the servant arrived, he prayed that God would allow the right woman for Isaac to reveal herself not only by giving him a drink when he asked, but to also then voluntarily offer to water his camels too without him asking her to do that (Genesis 24:10-14).

Before he could even finish his prayer, Rebekah came into view and did exactly what this servant had just prayed she would do if she was the one for Isaac (Genesis 24:15-49).  This is why in Genesis 24:50-52 it states:

Then Laban and Bethuel answered and said, ‘The thing has come from the Lord; we cannot speak to you bad or good. Behold, Rebekah is before you; take her and go, and let her be the wife of your master’s son, as the Lord has spoken.’ When Abraham’s servant heard their words, he bowed himself to the earth before the Lord.”

You want to be able to say with confidence, “The thing has come from the Lord.” Everyone involved knew this was a “God thing.” Now, to clarify, I don’t think this story is given to us so that we can all mimic the exact steps that this servant took. I’m not saying you should ask God to reveal the one to you by asking him to create a complex chain of events. Rather, my point is, I do believe that when God is revealing your husband to you, your relationship will have those certain qualities to it that clearly show you God is the one orchestrating this relationship.

I’m not referring to the uniqueness of how you meet him or what happens in dating. I’m more so talking about the godly qualities you both will have and the struggles God will help you get through. When you know the relationship would not be happening if it were not for God, this is a sign the Lord is revealing your Isaac to you.

Isaac and Rebekah’s relationship had more riding on it than just their personal happiness. When God tested Abraham when he told him to sacrifice Isaac, once he passed this test, in Genesis 22:16-18, the Lord said:

While this test God put Abraham through in Genesis 22 is often looked at as mostly between Abraham and God, let’s not forget that Isaac was a central figure in this test too. Isaac could have resisted Abraham as he was most likely much stronger than his elderly father, but he too trusted that God would provide the proper sacrifice as Genesis 22:7-8 explains. Isaac knew about the generational promise God made to Abraham after they passed the test. He knew that God’s promise to multiply Abraham’s offspring involved him too.

Notice what Rebekah’s family said to her in Genesis 24:60 when she made the choice to marry Isaac, “And they blessed Rebekah and said to her, ‘Our sister, may you become thousands of ten thousands, and may your offspring possess the gate of those who hate him!’” Here again we see that their marriage was about more than just them. It included generations after them.

My point is, Isaac knew that his future marriage was about more than just his personal happiness with her. Likewise, when you meet the godly man God has for you, he will be a man that is thinking bigger than just about how he and you can be happy together.

Your Isaac will be a kingdom minded man who knows his marriage with you is really about bringing more glory to God.

Click here to read, 3 Signs God Is Revealing Your Boaz.