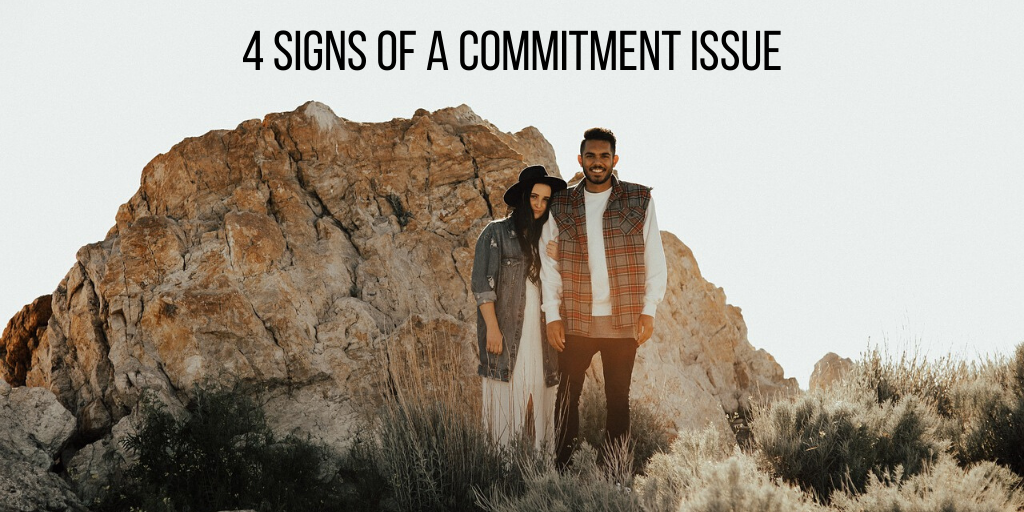 1. When the Past Is Controlling the Present, This Is a Sign a Commitment Issue Is Occurring

God made the human heart to learn from the past. We are supposed to remember bad things that hurt us so that we can avoid those things in the future. But in sin, we can misuse this good trait and start allowing the pains of the past to negatively dictate what we do in the present.

For example, when someone lives as though a betrayal in their past is happening again and again in the present when it’s really not, this results in a commitment issue. Or when someone loses a loved one early in life whether through death, their parent’s divorce, or some other tragedy, this early life experience can haunt them as adults and keep them from ever getting close to anyone ever again.

In short, a person with a commitment issue tries to avoid losing someone they love by choosing not to love anyone ever again. The only way to overcome this is by realizing the only one with the ability to never leave us is God himself. For in Deuteronomy 31:7-8, Moses reminded Joshua:

Be strong and courageous, for you shall go with this people into the land that the Lord has sworn to their fathers to give them, and you shall put them in possession of it. It is the Lord who goes before you. He will be with you; he will not leave you or forsake you. Do not fear or be dismayed.”

2. Baseless Accusations Are a Strong Sign of a Commitment Issue

Our subconscious can play all kinds of crazy tricks on us. What often happens when someone has a commitment issue is that inside they know it is unreasonable to avoid committing to someone they really like and who has good qualities. So to justify the way that they feel, they will start creating imaginary reasons for why they cannot commit.

Since they are unwilling to admit that their commitment issue is rooted within their own heart and has nothing to do with the other person, they subconsciously start over analyzing everything the other person says and does, just looking for any crack in the other person’s commitment level so they themselves can pull back and avoid committing.

So when someone seems paranoid and uses baseless accusations rooted in their own imagination rather than in reality, this is a sign of a commitment issue.

3. When Someone Is Constantly Pulling Away to Be Pursued as a Means of Reassuring Themselves That the Other Person Really Does Love Them, This Is a Sign of a Commitment Issue

Most people with commitment issues are conflicted inside because they really do want to be in a healthy relationship, but their fear of being hurt is so powerful is greatly hinders them from committing to anyone.

One way people with commitment issues deal with their fears of abandonment is by constantly testing their significant other to make sure that the other person still loves them. Because they are constantly doubting the other person, they will do things that will require the other person to perform a visible act of commitment and love as a way of reassuring themselves everything is still okay.

So if someone always seems to be creating issues in the relationship as a way of getting the other person to pursue them so they can be reassured that they are still loved, this is a sign of a commitment issue.

4. When Someone Wants the Connection Without the Commitment, This Is a Sign of a Commitment Issue

As we’ve already discussed, people with commitment issues are very conflicted inside. They have opposing feelings inside of themselves constantly causing them to live lives in a very divided way. For example, they will want to feel the love of a committed relationship while also not wanting the risk of being hurt.

One way they try to satisfy both of these opposing desires within themselves is by trying to become emotionally connected with someone while not committing to them. They will act like they are in a relationship with someone but they will refuse to give it the title of “a dating relationship.” They will treat the other person like their boyfriend or girlfriend but they will refuse to actually use the terms “boyfriend and girlfriend.”

In the Bible, there is a relationship principle that teaches us to always keep our intimacy and our commitment levels equal. This is why the Bible says sex is reserved for marriage (Hebrews 13:4), because it is the most intimate physical act two people can do which is why it must only be done between two people with the highest commitment level – marriage.

So if someone is seeking an intimate or emotional connection but refuses to actually commit in an actual relationship, this is a sign of a commitment issue.