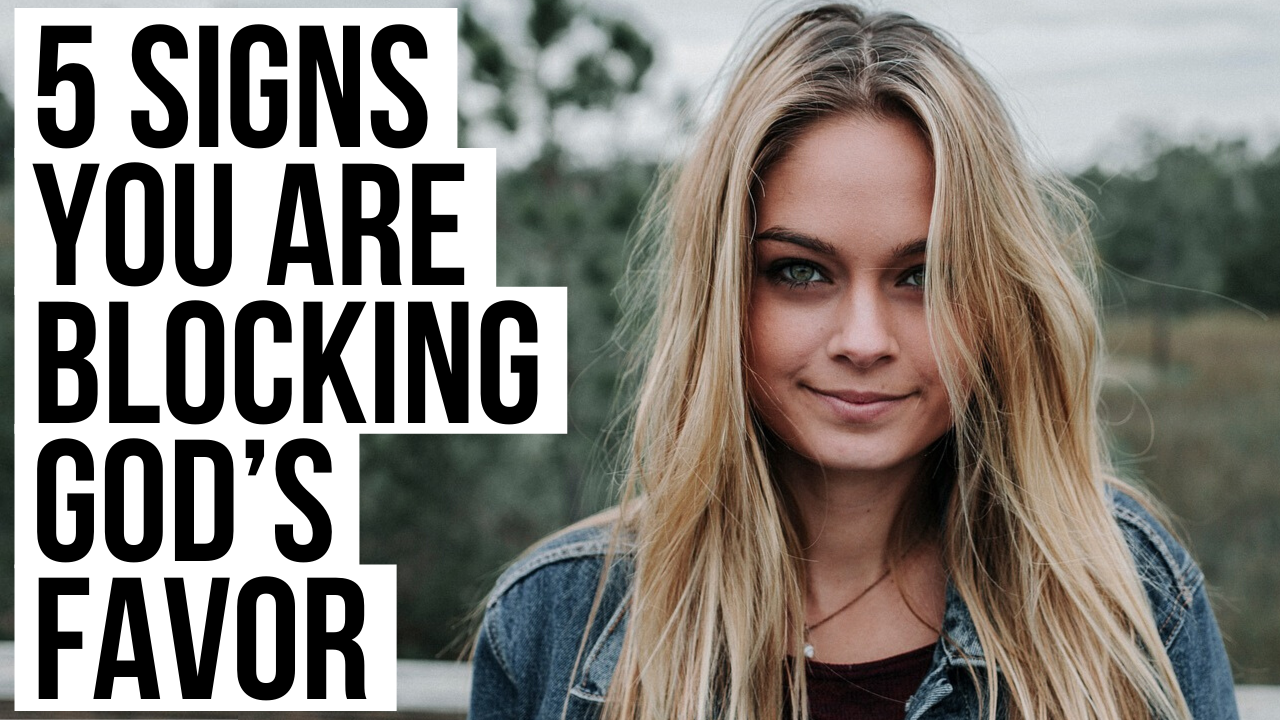 Here are 5 signs you may be inadvertently blocking God’s favor in your life.

1. If You Believe You Have God’s Favor for an Unbiblical Reason, You Are Actually Blocking God’s Favor in Your Life

There’s a big difference in the Bible between God’s favor and favoritism. Having God’s favor is when he blesses someone with his goodness by his grace. Favoritism is when someone gets treated better than someone else because of who they are. God never shows favoritism. As Romans 2:9-11 (NIV) explains:

In fact, when we believe we are favored by God because of our race, our heritage, or because of some special ability we possess, we are actually cutting ourselves off from God’s favor because we are then depending on our own works rather than on God’s grace.

Just because you work hard and have a great plan does not mean you will succeed. Even the best of plans need God’s blessing on them for them to work. As Psalm 127:1 proclaims, “Unless the Lord builds the house, those who build it labor in vain.” With that said, it is a mistake to think that we should not labor and work hard because God will build our houses for us. Notice this verse says we labor in vain if God does not build the house, but it does not say that we should not labor alongside of the Lord.

As James 4:3 (NIV) states, “When you ask, you do not receive, because you ask with wrong motives, that you may spend what you get on your pleasures.”

4. If You Are Neglecting God’s Righteous Rules, You Are Blocking God’s Favor in Your Life

The word “rules” usually has a negative connotation to it, but when it comes to God we should see his rules as the path of blessing in our life. If you want to have a blessed life you must live a biblical life (Proverbs 3:1-4). And I certainly am not referring to a materially blessed life. The word of God was not given to us to increase our earthly riches as the prosperity gospel falsely teaches. Rather, the word of God was given to us that we might be blessed even during the hardest times in life. The Bible will not answer every question you have, but the Bible will teach you how to trust God even when you don’t have the answers you are looking for.

As Psalm 84:11-12 teaches us, “For the Lord God is a sun and shield; the Lord bestows favor and honor. No good thing does he withhold from those who walk uprightly. O Lord of hosts, blessed is the one who trusts in you!” Notice that the blessing comes with the trusting. If you always have every question answered and you always have every earthly desire met, you will have no need to trust God, and thus you will miss out on the blessing that Psalm 84:12 states only comes to those who trust in the Lord.

5. If You Are Neglecting God’s Presence, You Are Blocking God’s Favor in Your Life

When God is with you, he won’t let you fail. This doesn’t mean everything will go the way you expect, but it does mean that God’s presence will result in God’s favor generously working in your life.

Notice the favor Joseph had because of God’s presence in his life. In Genesis 39:2-4, Joseph was a slave in Potiphar’s house. It states:

His master saw that the Lord was with him and that the Lord caused all that he did to succeed in his hands. So Joseph found favor in his sight and attended him, and he made him overseer of his house and put him in charge of all that he had.”

When Potiphar’s wife falsely accused Joseph, which lead to him being thrown into prison, her lies could not overrule God’s call on his life. In Genesis 39:21-23 it states:

Later on Joseph was elevated to the place of highest honor in Pharaoh’s kingdom. When Joseph had two sons, it caused him to think back to how faithful God’s presence had been even during all the trials in his past. In Genesis 41:51-52 it states:

Likewise, when you remain in God’s presence, you will be remaining in God’s favor.