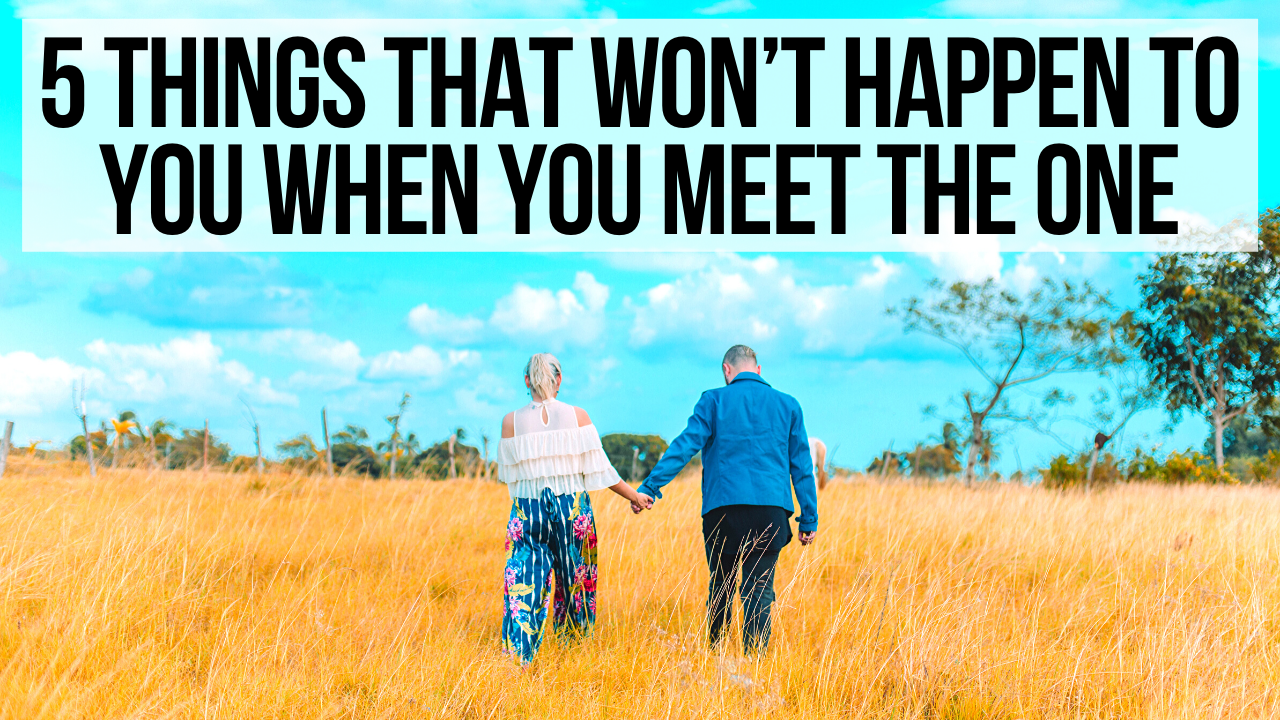 Here are 5 things that will not happen in your life when you meet the person God wants you to marry.

1. You Will Not Instantly Know Your Entire Future Together When You First Meet The One God Wants You to Marry

Many people have claimed that God instantly told them that they will marry someone they just met. For some people it all worked out and the marriage actually happened one day. For most people who feel like they heard this, it doesn’t work out that way and they are left confused and hurt.

I’m not here to say God never does this type of thing or can’t do this. But normally he does not verbally tell you who you are going to marry when you first meet that person. Normally when people feel that way it is just their own thoughts speaking to them and not actually God’s voice.

But even if God does say something like that to you and you do end up getting married to that person, this still will not mean that God will reveal every little detail about your future together. When you meet the one God has for you, you should not expect to instantly know he or she is “the one” before you actually get to know him or her. You should expect there to be many relationship questions early on.

Don’t let a little confusion scare you away. Don’t assume that because you don’t know if this person is the one that God is giving you a “no.” Not knowing what will happen is a part of the process. You don’t need to know the future to be at peace. You just need to know the God who holds your future in his hands, for as Psalm 139:16 (NIV) states, “Your eyes saw my unformed body; all the days ordained for me were written in your book before one of them came to be.”

2. You May Not Have Instant Chemistry with the Person God Wants You to Marry

It is a myth to assume that everyone will instantly have butterflies in their stomach and start quoting poetry to one another when they first meet the person God wants them to marry.

Some people need to be friends for a longtime before they realize God wants them together. Sometimes one person likes the other person first but the feelings are not mutual until much later on. And sometimes two people date but they are filled with all kinds of doubts and questions early on before they gain that peace that they should not breakup and God does actually want them to get married one day.

Most of the time your feelings won’t change and you will still not like someone no matter how much time passes, but sometimes feelings really do change. So don’t shut down all possibilities of dating someone you did not like that much at first. Some of you have already met the person God will have you marry one day but you have no idea because you don’t like that person yet.

3. You May Not Have the Full Support of Your Friends and Family When You Meet The One

As Christians, we must never deny the importance of our community as Galatians 6:1-5 explains. If every mature Christian in your life is telling you to be careful and is sharing concerns about someone you like, this is a strong sign this is not the person God has for you.

But sometimes it will take time for God to show everyone else what he has already shown you about someone. Again, we need to be careful here because the temptation will be to ignore everyone else’s concerns and just listen to ourselves. But it is possible for the people in your life to be wrong. You should be especially cautious when listening to other people’s warnings when they themselves do not have a strong relationship with God or a good track record in their own life when it comes to relationships.

4. You May Not Meet This Person in a Way That You Expected

I remember talking to one woman who truly felt that she needed to leave an open seat next to her at church because God was going to bring the man he wanted her to marry by having him sit right next to her. Could God do that? Of course he could, but usually it doesn’t happen that way.

In fact, usually God will bring someone into your life in the one way you never thought he would. So don’t shut any door God may lead you to walk through. You may have never imagined yourself trying online dating, going on a blind date, or dating an old friend you’ve known for years.

God will rarely bring the person he wants you to marry into your life the way you expected, so don’t miss out because you have too many expectations you are unwilling to let go of.

5. You Two Will Not Meet Every Expectation You Have for One Another

And not only will they be different than you imagined, but you will not be exactly the way they imagined their future spouse to be either. You two may be similar to what you both had always hoped for or you both might be totally different. But either way, according to Psalm 139:14, we are all fearfully and wonderfully made by God himself, so you should not assume God will bring someone that you created in your own mind. God does the creating, we are called to do the enjoying.

When you meet the one God has for you, this person will be unique and special, and the real joy will be getting to know them for who God made them to be and not who you expected them to be.