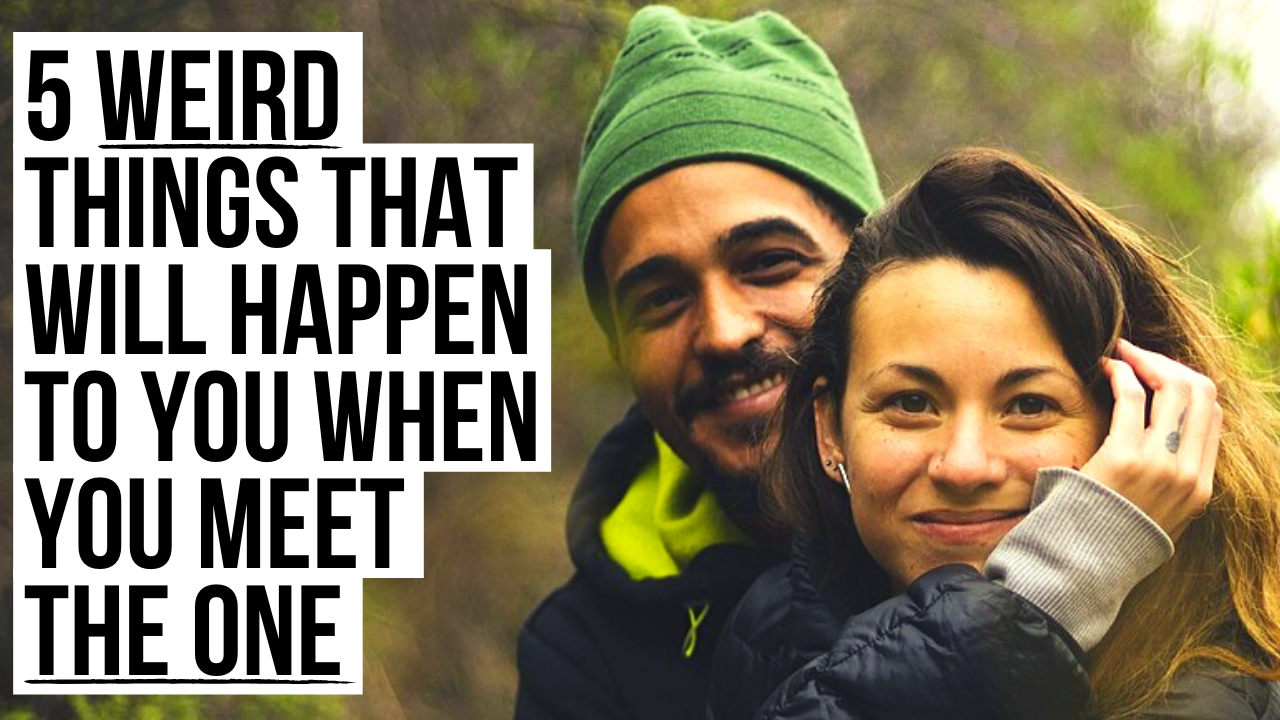 Here are 5 weird things that often happen when God is showing you who he wants you to marry.

1. Both of Your Wounds Will Often Antagonize the Other Person’s Wounds Which God Uses to Cause a Deeper Pursuit of Healing

I’ve seen this again and again in the marriages God has formed in people’s lives. Rather than putting two people together who never challenge the other person’s weak spots, God will often pair his people to a spouse that has the exact opposite type of wound. In other words, the wounds these two people have perfectly antagonize the other person’s woundedness.

For example, if a man struggles with feeling betrayed because of something that happened in this past, God will often pair this man with a woman who fears being abandoned. The man’s fear of betrayal causes him to want to withdraw in order to protect himself from getting hurt, but in the process his withdrawing touches on the woman’s fear of getting abandoned. But since this couple loves one another, to stay together they then seek the healing they need to make the relationship work.

Another common example of this is when a woman has a wound of not feeling beautiful enough to win a man while the man has a fear of not being strong enough to win a woman. The woman’s fear of not being beautiful causes her to guard herself and not show the man her true self in fear of being rejected, but when she hides herself from the man this enflames his fear of not having what it takes to be a strong man to a beautiful woman. But when God is in their relationship, he will use these issues to help the couple become even more secure in their identity in Christ.

2. God Will Often Bring You and Your Future Spouse Together in a Way That You Never Would Have Expected

As the old saying goes, “If you want to make God laugh, just tell him your plans.” Certainly there are some couples who met, dated, and married in a way that exactly mirrored how they imagined this process to go for them. But for the vast majority of us, this will definitely not be the case. In fact, more often than not, God will often bring you and your future spouse together in the one way you would never have imagined.

If you’ve dreamed about meeting someone at church, don’t be surprised if you don’t meet your future spouse at church. If you told yourself you will never try online dating, don’t be surprised if God leads you to your future spouse through online dating. If you told yourself you would never go on a date with your best friend from the opposite sex, it is possible that is the one date God actually wants you to go on.

Don’t get me wrong, we can’t force these odd relationship experiences to happen by just doing the opposite of what we naturally want to do. But we must remember that God is the one ultimately in control of our lives, and as Isaiah 55:8-9 proclaims:

3. You Will Both Have an Odd Amount of Acceptance for Each Other’s Annoying Quirks

My point is, every single person is a unique individual. As Psalm 139:14 states, “I praise you, for I am fearfully and wonderfully made.” There are no two people exactly the same. It’s okay if you go on a date with someone and just cannot stand something about this person. It’s simply not meant to be when that happens. But when God puts a man and woman together, there will still be annoying things that they both do; however, when it’s meant to be, this couple will have a large amount of acceptance for the differences between them.

4. Your Spiritual Differences and Personality Differences Will Help You Live a More Well-Rounded Life Together

On an even deeper note than point 3, the differences between humans go far beyond just personal preferences and oddities. Our core personality traits and spiritual giftings are often very different as well. Sometimes a man and woman are very similar, but it is far more common for a husband and wife to have different personality traits and different spiritual giftings. Rather than this being a negative, God often uses these differences for the other person’s benefit.

For example, when it comes to personality traits, God often puts introverts with someone more extroverted which will force this person to interact with more people. While there’s nothing wrong with being more introverted and enjoying alone time, sometimes we introverts can tend to overdo it and start to isolate ourselves in unhealthy ways. Likewise, an extrovert who is married to an introvert will be forced to slow down rather than getting too busy with too many social activities.

When it comes to spiritual gifts, the married couple is very similar to the church itself. The church is compared to the human body in the Bible in places such as 1 Corinthians 12, Romans 12, and Ephesians 4. The body is such a powerful analogy for the church because just like the human body, the church is made up of many different parts that need and complement one another. The same is true in marriage. While there will be many differences between a man and woman, when God leads you to your future spouse, your differences will actually complement and bless one another.

5. When Things Get Hard, You Will Run Towards Each Other Rather Than Away from Each Other

True love causes a couple to act in the strangest way possible. As Proverbs 30:18-19 (NIV) explains:

When things get hard in relationships, when people sin against one another, or when personal sacrifice is needed to make the relationship work, the normal thing to do is to split up. But when God wants a specific man and woman to get married, his Spirit will cause them to act very strange by worldly standards. He will cause them to imitate the love relationship between Christ and the church as it states in Ephesians 5:22-33.

While it is normal to run away from someone with flaws and who has hurt you, this is not how Christ has treated his Bride, the church. He stays with us and keeps loving us even when things get hard. I’m not saying that you should stay attached to someone you are dating if they are being hurtful and refuse to change.

But I am saying that when God leads you to “the one” he wants you to marry, you two will still be sinful individual and thus sin will happen in the relationship. But God will grant you grace for one another like he gives grace to his Bride the church which will keep you two together even during the hard times.