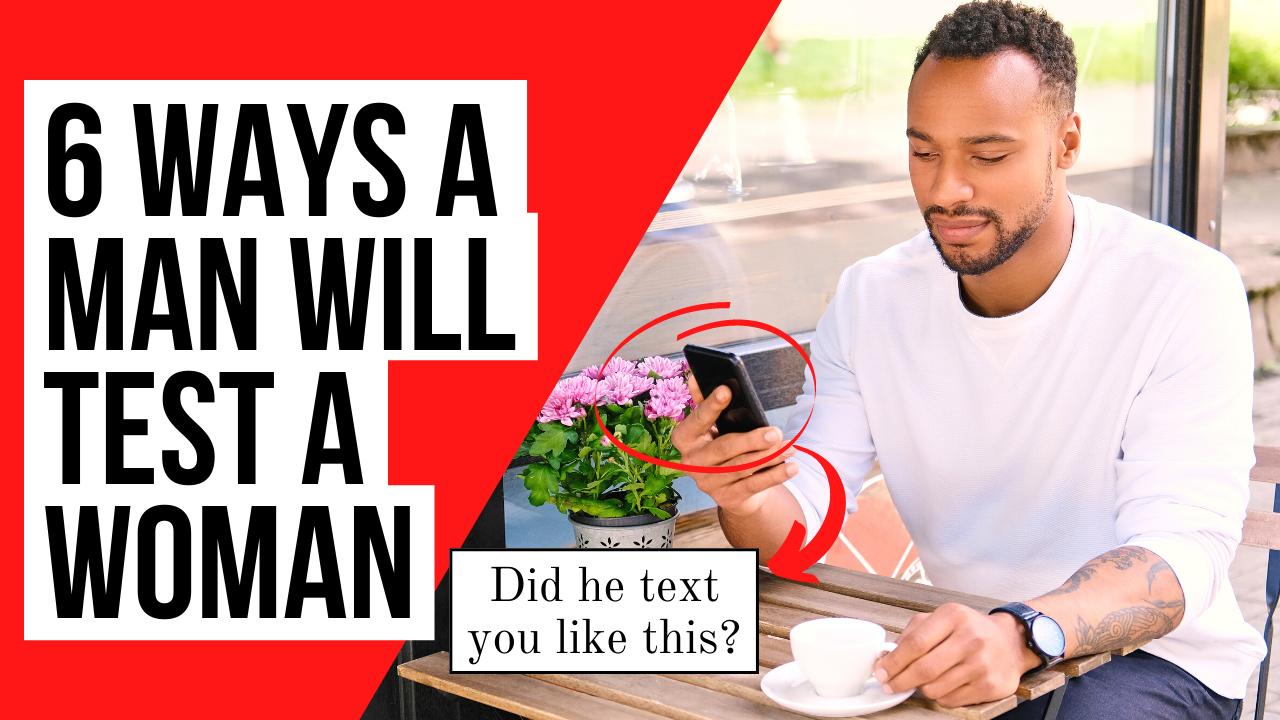 Right from the start, I want to set the context for this article by making it clear that these 6 ways men test women are only used by guys you should avoid. These are not good things for a healthy Christian man to be doing.

1. They Will See If Their Unexplained Absence Upsets You

Many people end up having very negative emotions about someone because they actually like that person a lot but then that person did something hurtful. Hurtful actions hurt more when they are done by someone you actually liked.

Therefore, an unhealthy man will try to see how much you like him (or don’t like him) by how you respond to his unexplained absences. If things are going great, he might disappear for a while and then reappear to see how much this rattles you.

He actually wants you to be upset because this shows you care. But what this also shows is that he doesn’t really care about you (Luke 6:31). He just cares that you like him. He’s the type of guy who likes to be liked.

A healthy, mature guy will just pursue you without the disappearing act.

2. They Will Verbally Flirt with You and Then Give You the Verbal Silent Treatment

It’s generally true that most guys are not as verbally gifted as most women. I point this out because many women will get really excited when they finally meet a guy who shows interest in them verbally because so few guys actually know how to do this.

Unhealthy guys who are verbally gifted and confident are very dangerous because they use verbal flirtation to test a woman. They will make it clear through their flirtatious conversations and complements that they are interested in you without actually saying they are interested in you. But then they switch gears and give you the verbal silent treatment next time they see you.

They do this to make you start questioning yourself. They will prey on your kindness and insecurities. He wants you to start asking yourself, “Did I do something wrong?” so you will then start chasing him to make things right even though you actually never did anything wrong.

He wants you to ask him, “Is everything okay?” This then puts him in the position of power and you in the position of weakness. An unhealthy guy will use this tactic to see how much respect you have for yourself and to gauge how easily you are to manipulated.

A mature Christian man, however, will simply try to speak the truth in love (Ephesians 4:15).

3. They Will Use Flirtatious Touching That Will Progress Depending on How You React

If you don’t put a stop to this, eventually they will invite you somewhere you two can be alone and they will try something more overtly sexual. 2 Timothy 3:6 (NIV) states, “They are the kind who worm their way into homes and gain control over gullible women, who are loaded down with sins and are swayed by all kinds of evil desires . . . .”

A worm slithers and slowly slides to where he wants to be. This is what a man is doing with this flirtatious physical touching. He’s testing you to see if he can creep into your bedroom. Put an end to this test early by letting him know you are going to happily fail this test every time!

In other words, don’t laugh it off if a guy does this. Let him know you are not interested in going down this road with him.

4. They Will Use Irregular Texting/Messaging Patterns to Keep You Off Balance

Like it or not, most relationships now days are going to involve digital communication, especially early on.

Everyone has some sort of rhythm when it comes to texting or messaging. Some are quick to respond and some are slow. Either one is fine. You can be healthy regardless if you respond slow or fast. But when someone is always irregular and there is no pattern to their digital communication, usually this means they are doing this on purpose to test you.

They will do this before making their big ask so you feel desperate to accept their request while you have their attention. Because they have set the precedence for being completely unreliable with digital communication, you will feel pressured to respond positively when they do finally ask you for something they want of you.

If someone is completely thoughtless and self-centered when it comes to digital communication, it’s usually a sign of more bad things to come. Look for someone who is seeking to live out Philippians 2:4, “Let each of you look not only to his own interests, but also to the interests of others.”

5. They Will Watch How You React When They Interact with Other Women

It’s childish, but an unhealthy man wants you to seem jealous or upset when they interact with other women. If they see you coming, they will purposely start going out of their way to be extra friendly to other women around them while keeping an eye on your reaction as they do this.

But when a healthy man is actually interested in you, he will either treat all women then same or he will actually be extra cautious not to show interest in other women because he wants you to know he is interested in you.

This does show his hand and causes him to lose some power in the dating game. But a healthy man isn’t interested in playing games. He will just go after the woman he likes without all the extra dramatics.

If you want a man, don’t waste your time on the guys acting like middle school boys. Look for the guy seeking to fulfill 1 Corinthians 16:13-14, “Be watchful, stand firm in the faith, act like men, be strong. Let all that you do be done in love.”

6. They Will Do Things for You or Give You Things to See How Much Gratitude You Show

An unhealthy man wants to know if you are the type of woman who feels easily indebted to others. They will test this by doing small things for you or giving you small gifts and then they will wait to see how you respond.

Of course it’s healthy to show gratitude towards someone who does something nice. You don’t want to seem ungrateful towards a good guy who is trying to be nice. Just be careful you don’t overdo it because that is like blood in the water for the sharks out there.

They want you to feel indebted so you will do what they want. If you show them that you feel indebted by something small, they will do something bigger but then they will expect you to show your gratitude in a bigger way.

Here are 4 things many guys are hyper-sensitive about.