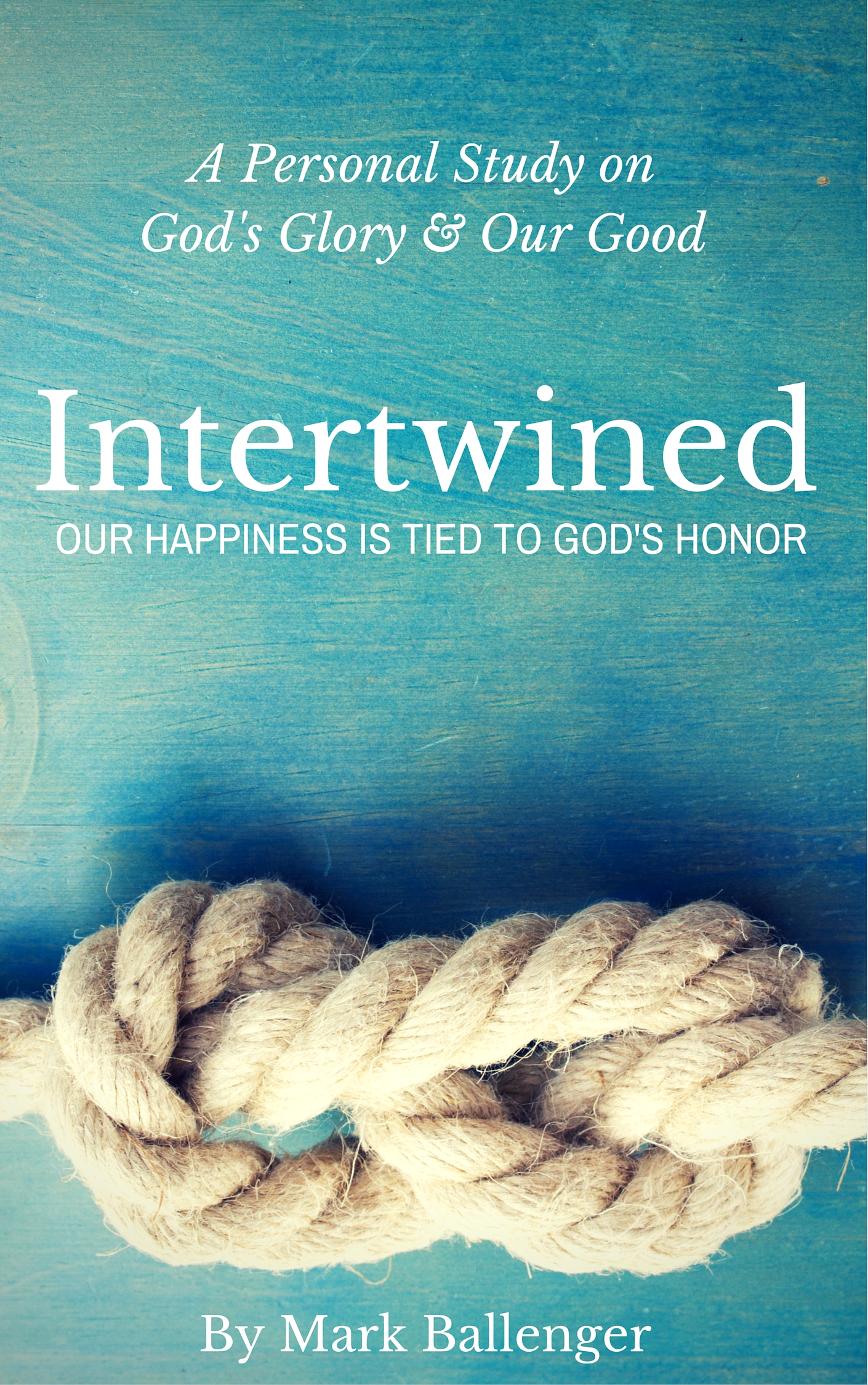 Never in the Bible is there a miracle without a mess. Jesus never heals anyone who isn’t first sick. He never quiets calm waters. He never produces food for people who already have enough. God always displays his glory in a miraculous way by first allowing a massive problem to arise. He doesn’t do miracles for entertainment purposes or to produce tingles on our necks. His purpose is always to display the power of Jesus to save.

Without A Death Their Can’t Be A Resurrection

God loves us so much that he allows short-term pain in our lives to display his glory which then produces long-term joy. I think this is what Jesus was trying to teach us through the raising of Lazarus:

3 So the sisters [Mary and Martha] sent word to Jesus, “Lord, the one you love is sick.”
4 When he heard this, Jesus said, “This sickness will not end in death. No, it is for God’s glory so that God’s Son may be glorified through it.” 5 Now Jesus loved Martha and her sister and Lazarus. 6 So when he heard that Lazarus was sick, he stayed where he was two more days.” (John 11:3-6)

Christians often view God like I viewed the hospital staff as a little child. I couldn’t see that the short-term displeasure the doctors and nurses were causing my dad with their treatments were actually meant for his long-term good. As a young boy I thought they were just mean because I could not see the bigger picture. Not until years later when I was grown and enjoying the company of my dad did I begin to realize what seemed like cruelty was actually done to save his life. God often treats us the same way. He will do whatever it takes to save us from death, even if it means sacrificing our short-term happiness (Hebrews 12:6).

Likewise, Jesus allowed Lazarus to be sick because he loved him. Notice in verse 5 it clearly states Jesus loved the sisters and Lazarus. Then verse 6 explains with extreme clarity (notice the word “So”) how Jesus expresses that love. He purposely waits two more days so that Lazarus dies. Jesus shows his love not by keeping them from pain, but by allowing pain so he could use it to magnify himself in their lives. Jesus knew it was better for them that they experience his greatness and know he is God rather than to spare them of short-term displeasure. He knew if he didn’t allow a death in the family, he would never have a chance to produce a resurrection.

Jesus knew the darker the situation got, the brighter his magnificence would be exposed to those he sought to express his affection. He didn’t just want them to love him with an average love. He wanted to produce in them a deeper awe of his greatness than they had ever known. Because Jesus did not spare them of short-term difficulties, they gained a lavish love for Jesus they wouldn’t have otherwise had.

In John 12 we see the family throwing a party for Jesus. Mary takes out the rare perfume worth a year’s wages and pours it on Jesus feet and then wipes his feet with her hair. Mary is the one who performs this act of love, but I bet the whole family was in it on it. No one in the family objected. Mary, Martha, and Lazarus, I’m sure, were all overjoyed to spill a year’s wages on the feet of Jesus. I wonder if they would have been so lavish if they hadn’t witnessed Jesus raising Lazarus from the dead.

I think this is what Jesus is trying to do all the time. He allows messes to form in our lives so he has an opportunity to produce miracles. He doesn’t just want our average love; he wants lavish love like Mary showed. This type of love in us can only be produced when we allow Jesus to finish what he started.

It would have been really simple for everyone to start doubting Jesus once Lazarus died. Jesus said in verse 4, “This sickness will not end in death. No, it is for God’s glory, so that God’s Son may be glorified through it.” If I were there, I would have assumed this meant Lazarus was not going to die. But that’s not what Jesus said. He said this tragedy will not “end” in death. He didn’t say Lazarus wasn’t going to experience death.

The easy thing to do would have been to throw their hands up and gripe at Jesus. The hard thing, the thing that eventually produced immense joy in them, was to trust that even though life wasn’t working out the way they thought it should, Jesus can turn any death into a resurrection if allowed to finish what he intended.

Don’t Stop The Artist Halfway Through His Masterpiece

Jesus was the only one in this story who knew the end result. He had a plan from the beginning of what he wanted to do. He didn’t forget to set his alarm clock and accidentally allowed Lazarus to die. He didn’t get stuck in the morning rush hour commute on his way to the city of Bethany where Lazarus lived. It wasn’t as though Jesus didn’t care enough to save Lazarus but then raised him from the dead because he felt bad after seeing everyone crying. Jesus had a plan, but the people had to stick around long enough to allow him to finish what he started in order to witness his faithfulness.

So often when we hear that God is faithful, we assume his faithfulness will translate into an easy and clean life. When we experience a job loss, a divorce, or some disappointment in life, we naturally assume God is not as loving as we hoped. But God never promised we wouldn’t die if we trust him. He just said that our stories would not end in death. The business may have failed, but it doesn’t mean God isn’t faithful. The marriage may have been terminated, but that doesn’t mean God doesn’t care. Perhaps we experience these “deaths” in our lives because God allows them so he can show his ability to redeem, which is what we need to know the most.

Life becomes so much simpler to see God’s love when situations are not seen as ultimate failures or successes until God receives praise through them. God may not have wanted foreclosure, the relational turmoil, the early death of a child, or the general disappointments of life on earth. But God always desires to glorify himself through what we think is “dead,” just as he desires to glorify himself through the lucrative business, healthy marriage, pleasures of parenting, and general joys of life. God can only turn bad into good when we allow him to work long after we feel something or someone has died.

Before my wife and I had kids and we had time to spend some of our summer Saturday afternoons lounging in front of the TV, on occasion we would find ourselves watching the painter Bob Ross. If I’m being honest, after flipping through the few stations our antenna actually picked up, we were often forced to watch him due to nothing else being on. Bob Ross’s show is basically him starting with a blank canvass and then he walks his viewers through creating a beautiful painting. His red afro, quirky mannerisms, and bell-bottom pants draw you in like a moth to the fire. You’re not sure how it happens, but somehow you find yourself hooked on watching him paint and talk about making “happy little trees” and “joyful little mountains.”

Although Bob Ross certainly seems to have enjoyed the 60’s a little too much (if you know what I mean), the guy is an amazing painter. My favorite part of the show comes about three-quarters of the way in. The blank canvass is no longer blank. It holds a masterpiece of exquisite trees with sun rays glistening off shimmering lakes nestled in the foothills of grand mountains in the background. The painting seems perfect just the way it is.

Then it happens. Without fail, right when you think Bob Ross is going to tell you to tune in next week for another odd but entertaining experience of watching him paint, he gets out the thick brush, dabs it in some dark color, and generously adds it to the canvas, seemingly ruining the masterpiece that should have been.

My mouth drops, Bethany and I complain that he just ruined it, and I start getting nervous for him because the show is nearing its end. I’m always waiting for him to get flustered, breakdown in panic, and admit he just totally jacked-up his painting and will now have to start over next week. But it never happens that way.

He goes for the little brush and dabs together a mixture of whites, blues, and greens. He then adds this new mixture of color to the dark splotch I feel has ruined it all. He adds some sun rays and flowers and a few bushes. After about five minutes, the dark blob of paint is no longer a dark blob of paint but rather a colorful, twisting oak tree or a beautiful log cabin or whatever Bob Ross felt like making that week. What I thought was going to be a blemish is now the finishing touch. It completes the whole work of art. Without it, I can see the painting would have been average at best. Now it is truly a masterpiece.

But what would have happened if Bob Ross wasn’t allowed to finish what he started? What if he was painting, added the splotch, and then someone told him to take a hike because he just ruined the whole thing? What could have been a masterpiece is now an average painting that is ruined and tossed into the dumpster.

That’s what it’s like when we turn from God in the middle of him working to glorify himself in our lives. The master artist needs to be allowed to finish his work. What we feel is going to be a blemish, God wants to make as his finishing touch. Jesus told his disciples that Lazarus’s sickness would not “end” in death. But then Lazarus dies, the splotch of dark paint is generously applied, and it seems the hope of a happy ending is lost. Maybe Jesus messed up? Maybe God really doesn’t love Lazarus? As the disciples wonder what is going on, Jesus says to them, “. . . for your sake I am glad I was not there, so that you may believe” (John 11:15).

Jesus then raises Lazarus from the dead, Lazarus and the sisters love him like never before, and the display of God’s power causes many people to put their faith in Jesus (John 11:45). As Lazarus was coming out of the tomb in his grave clothes, I imagine Jesus turning around and looking at his speechless disciples. His eyes surely said it all, “Do you believe who I am yet?”