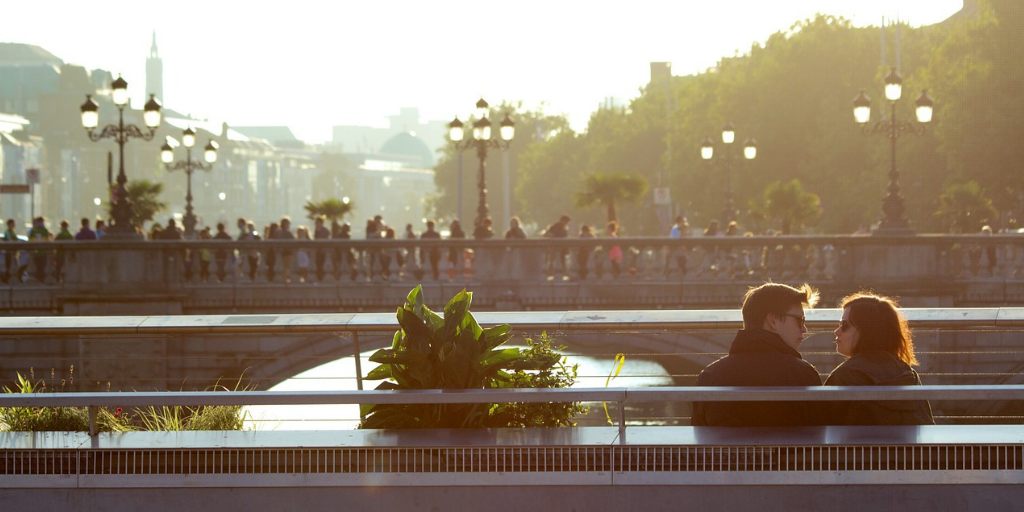 Every Christian single who gets into a new relationship wants it to work. If you didn’t want it to work, you would not have started dating in the first place. Obviously, however, more Christian dating relationships fail than do succeed.

Sometimes this is just because it was a bad fit, the two realized they didn’t want to be together, or it just wasn’t meant to be. Sometimes, however, there are simply mistakes made in a relationship that cause problems or even breakups.

Here are 5 common ways that people often ruin their relationships.

One of the most classic ways to ruin a new relationship is to want the relationship to work so badly that you end up ruining it in the process. It’s kind of like that parent who really wants their child to be a professional athlete. Because the parent ends up pushing the kid so hard, the kid actually wants to play that sport less rather than more because the parent is ruining it. When humans feel like their choice is being taken away, they end up rebelling and choosing the opposite thing than thing someone is trying to force them to do.

Likewise, sometimes you can want a relationship to work so bad you try too hard. When you put all kinds of pressure on a relationship to succeed, you end up making it more likely for it to fail. When someone feels like you are forcing them to like you, they will like you less. If you would have just let it grow naturally, the likelihood of a healthy relationship happening would have increased.

It’s like trimming a plant. If you prune some branches, this might help the plant grow. If you mess with it too much and take too many branches off, you will kill it. If you want a relationship to grow, you have to let it grow and don’t mess with it too much. Yes, it will need some maintenance but too much attention and you will end up causing more harm than good.

Another sure way to ruin a relationship is by never talking about problems. If you get offended by something he said and then you just ignore his calls for a few days, this type of behavior will not equate into a long-term healthy Christian relationship.

If you were confused why he seemed distant on your last date but you never ask him what happened, you will imagine things and start growing distant yourself. Perhaps he just isn’t as talkative as you thought and now you are assuming there is a relationship problem when in fact you are just learning more about his communication style.

If you refuse to ever address issues when they pop up, you will sabotage your relationship.

On the other hand, however, if you talk about every little miscommunication, then you will do just as much damage as not talking about anything. When you over analyze every word, every look, or every interaction, then you will end up finding problems that are not really there.

Proverbs 19:11, “A person’s wisdom yields patience; it is to one’s glory to overlook an offense.”

So if your new girlfriend says something like, “Oh I can’t go out tonight, I’m really tired and need to wake up early tomorrow,” you should assume what she said is actually what she means. You could interpret this as her not wanting to be with you, as her moving on, or as her playing emotional games with you. But if there is not actual evidence or a reason for her to be upset at you, you should interpret her statement in the exact way she said it.

If you assume the worst, you will create fights and problems that did not need to happen. You will turn practical things into personal offenses. If she is tired and needs sleep, but you think she just doesn’t want to spend time with you, and then you call her to share how you feel, now you just created a problem that didn’t formally exist.

Matthew 7:1-2, “Do not judge, or you too will be judged. For in the same way you judge others, you will be judged, and with the measure you use, it will be measured to you.”

There are many, many more common ways that people, Christians included, ruin their relationships. One of the most common ways is when people allow the relationship to completely take over every part of their lives. When you allow yourself to be smothered by a relationship, you end up suffocating yourself from the other things you need to live a healthy life.

While a Christian marriage is a part of a healthy life for those who are called to marriage, a man and woman relationship is not the only thing one needs to have a socially balanced life. You need friends, Christian fellowship, family, and opportunities to serve others with your gifting. If you allow one relationship to cut you off from all other forms of a relationships with other people, this will cause you to become unhealthy. When you become unhealthy, your relationship with this person will become unhealthy.