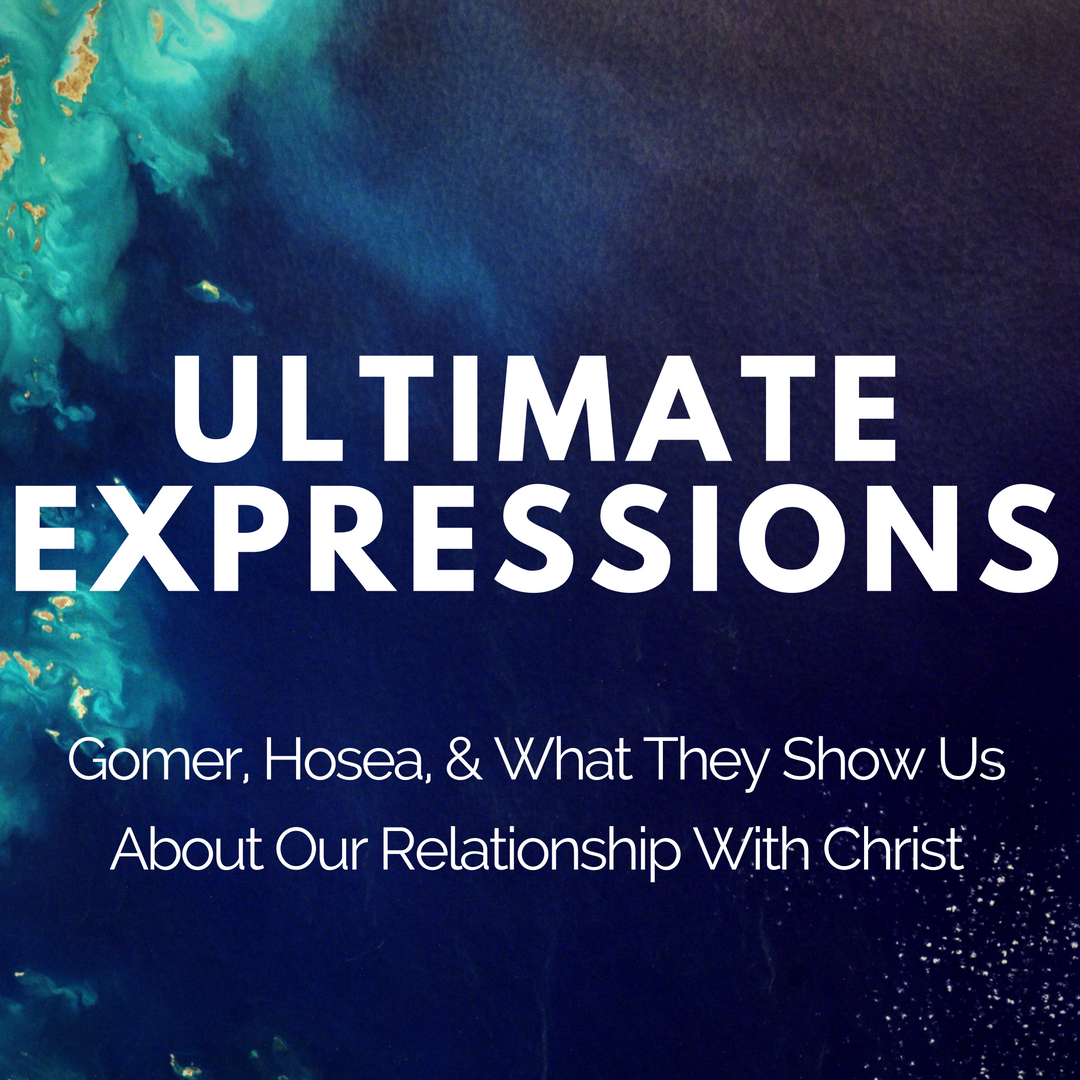 I will heal their waywardness and love them freely, for my anger has turned away from them.-Hosea 14:4

Christ is like Hosea and we are like Gomer. God told Hosea to marry a prostitute, Gomer. Hosea gave her sons, provided for her, and was the only man in her life who sought to love her and not selfishly take from her. He was the best man she ever knew.

And yet despite all of this, she entered back into a life of prostitution. Doesn’t something inside of you want to scream when you read this? How could she be so ungrateful? How could she turn from such a good man who rescued her from her horrible life of sin? But then Hosea 3:1-2 flies in the face of what we expect:

The LORD said to me, ‘Go, show your love to your wife again, though she is loved by another man and is an adulteress. Love her as the LORD loves the Israelites, though they turn to other gods . . . .’ So I bought her for fifteen shekels of silver and about a homer and a lethek of barley.”

The Ultimate Expression of Sin

The ultimate expression of my sinfulness is shown when I forsake what is most beautiful and perfect and lovely for that which is lesser. That which is deranged, diseased, and broken in mind and heart surely manifests itself most when it looks at holy perfection and turns towards the imperfect instead. Why would you ever abandon he who has been best to you, he who has given you most, he who has given everything to save you, unless you were totally depraved apart from his grace? Never on earth has there ever been a clearer picture of man’s sinfulness than when he looks at the divine and chooses the fading things instead.

Even in our sinfulness we know that to turn from the greater to take the lesser is simply wrong. We would revolt if we saw a man with a disease have two pills put before him. He is told and understands in his mind that one will cure him while the other will accelerate his certain death. If the man, wanting to live and fully understanding the effects both drugs could have on him, then took the poison and forsook the cure, we would gasp in astonishment and wonder why? Sin is why. The man is corrupted and cannot do what he knows he ought to do (Romans 7:14-25). To turn from the best when you know it is best is the surest sign of evil.

The Ultimate Expression of Love

Hosea didn’t only take her back, he “bought her” back (Hosea 3:2). God, in all of his loving acts throughout the world’s history, has never shown his love more clearly than when he, through the cross, bought back a people who he had already loved and who had already scorned him. In honesty we must all see that every one of us is Gomer. We have all rejected the greater for the lesser, and thus become rejected ourselves. Our only hope is our Hosea, Christ Jesus who came to take away our sins and “heal our waywardness” (Hosea 14:4) so we might not only be forgiven but free from sin and thus able to remain with our lover who we know is best. Like Hosea, he comes and loves his bride again, even after we turn (Hosea 3:1). Amazing.

Only when we see the true wickedness of our sins and how hopeless we are without his intervention – only then can we begin to fully appreciate the awesome love of our God.