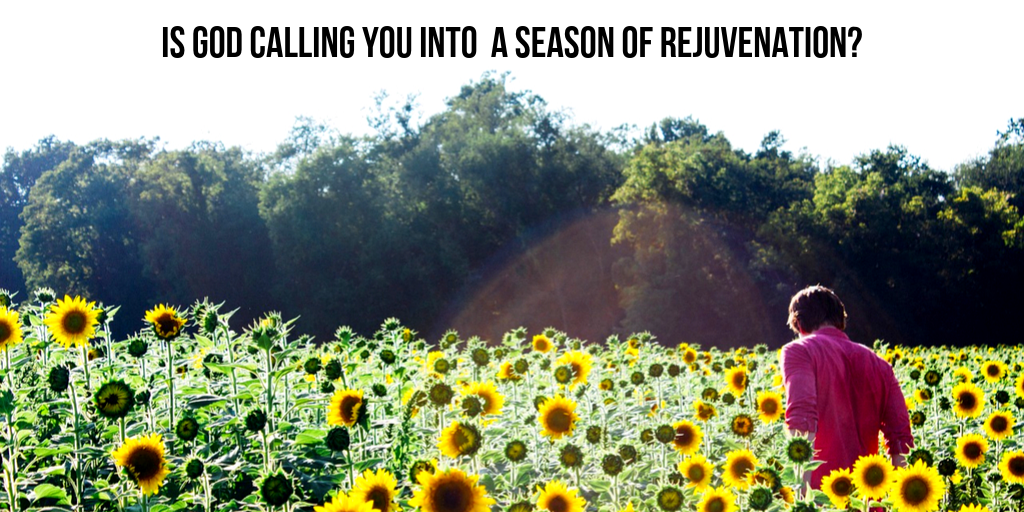 God always wants us to find our rest in him, but sometimes God will call us into a more intentional season of pulling away from the things we have been doing in life.

So here are 3 signs God is calling you into a season of rest with him.

1. If Your Exhaustion Is Causing You to Fall into Habitual Sin, This Is a Sign God Is Calling You into a Season of Rest

God designed humans to be dependent creatures. God is infinite and in need of nothing. We, on the other hand, are finite and in need of many things to survive. We need air for our lungs, we need water and food every day, we need our environments to be a certain temperature or we will die, and we also need to sleep.

Sin is a sign of something malfunctioning in your heart. Often times we think that sin is the problem, but in a way, sin is actually a symptom of the deeper problems in our lives – namely our disconnection with God. When you start ignoring God’s design of the human heart, you will be all the more susceptible to sin. When we are tired, this is when we are most vulnerable to temptation. Gluttony, binge watching shows, sexual addictions – these habitual sins are often a symptom of being spiritually depleted and exhausted. In Isaiah 30:15, 18 (NIV) it states:

In repentance and rest is your salvation, in quietness and trust is your strength, but you would have none of it. . . . Yet the Lord longs to be gracious to you; therefore he will rise up to show you compassion. For the Lord is a God of justice. Blessed are all who wait for him!”

Notice the link between “repentance and rest.” The Israelites where in a constant sin cycle where they would run from God and then return once they experienced the punishment of their sins. God was ready to forgive and be gracious to them, but they ignored his call. How did then ignore him? Well, according to Isaiah 30:15, one way they ran from God was by ignoring his call for them to repent and rest in him.

So if you are dealing with a sin cycle in your life, it could be due to a lack of resting in the Lord.

2. If Your Spiritual Productivity Is Slipping, This Could Be a Sign God Is Calling You Into a Season of Rest

Right from the beginning of creation in Genesis 1, God set a pattern that he wanted us to follow in our lives of work combined with rest. In Exodus 20:8-11 it states:

Remember the Sabbath day, to keep it holy. Six days you shall labor, and do all your work, but the seventh day is a Sabbath to the Lord your God. . . . For in six days the Lord made heaven and earth, the sea, and all that is in them, and rested on the seventh day. Therefore the Lord blessed the Sabbath day and made it holy.”

When we ignore our need for rest in God, we are not more productive but less productive. God can produce more spiritual fruit through you in 6 days than you can do on your own in 7. In a very practical way, the more overworked we become, the less effective our work becomes anyway.

So if your spiritual productivity and energy level is slipping, this is a sign God is calling you to enter into a more intentional season of resting in Christ.

3. If You Are Beginning to Despise Your Calling, You Probably Need to Enter into a Season of Rest with God

When you read Mark 6, Jesus had just sent out the 12 disciples two by two to go and preach, heal, and cast out demons. So when you get to Mark 6:30-33, we see that the group has just all came back together again and they were tired. It states:

“The apostles returned to Jesus and told him all that they had done and taught. And he said to them, “Come away by yourselves to a desolate place and rest a while.” For many were coming and going, and they had no leisure even to eat. And they went away in the boat to a desolate place by themselves. Now many saw them going and recognized them, and they ran there on foot from all the towns and got there ahead of them.”

If I was one of the disciples in this scenario, I would have been really annoyed with all the people who were gathering. This was supposed to be a time just for the disciples and Jesus to reconnect and get some much need relaxation after serving so many people already. But notice how Jesus responds in Mark 6:34-37 and pushed the disciples past their comfort level.

When he went ashore he saw a great crowd, and he had compassion on them, because they were like sheep without a shepherd. And he began to teach them many things. And when it grew late, his disciples came to him and said, “This is a desolate place, and the hour is now late. Send them away to go into the surrounding countryside and villages and buy themselves something to eat.” But he answered them, “You give them something to eat.” And they said to him, “Shall we go and buy two hundred denarii worth of bread and give it to them to eat?”

When you read between the lines, it’s not hard to imagine the tension building between Jesus and the disciples. The disciples seem totally done but Jesus was asking even more of them. They had just gotten back from being sent out two by two and in Mark 6:30 Jesus seems to have promised them some rest and alone time just with him. But now Jesus is pushing them to serve even more because this crowd unexpectedly showed up. The disciples obey and they get to witness a great miracle where Jesus feeds 5000 by multiplying the two fish and five loaves of bread.

When we get to Mark 6:45-46, it’s here where I believe we can see Jesus’s compassion on his disciples as he recognizing their total exhaustion. It states:

Immediately he made his disciples get into the boat and go before him to the other side, to Bethsaida, while he dismissed the crowd. And after he had taken leave of them, he went up on the mountain to pray.”

God will push us past our comfort levels, but he also knows that if we get too overworked, we will grow bitter towards our calling and lose the motivation to love the people we are called to serve. Just as Jesus made time to rest in the Father by himself after a long day of serving, we too must rest. So if you are beginning to despise your calling and you are not motivated to serve those God has called you to serve, this probably means you need a season of rest in the Lord.