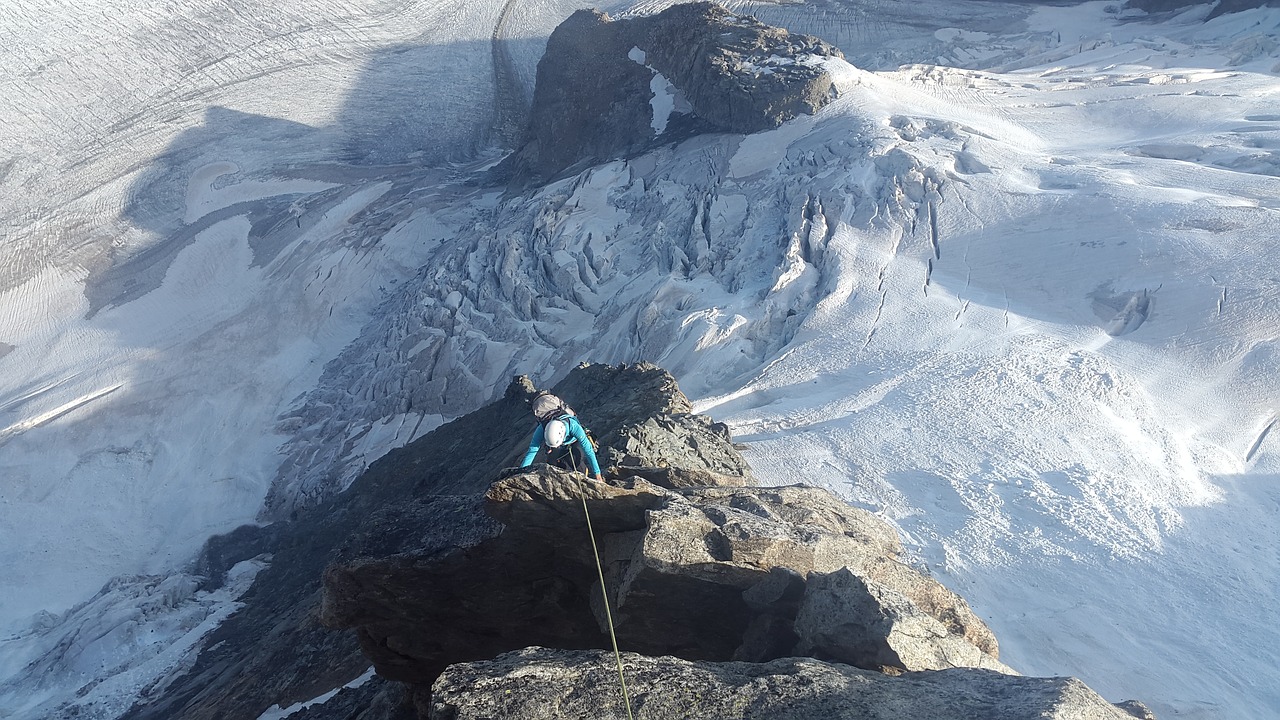 31 And taking the twelve, he said to them, “See, we are going up to Jerusalem, and everything that is written about the Son of Man by the prophets will be accomplished. 32 For he will be delivered over to the Gentiles and will be mocked and shamefully treated and spit upon.33 And after flogging him, they will kill him, and on the third day he will rise.” 34 But they understood none of these things. This saying was hidden from them, and they did not grasp what was said. – Luke 18:31-34

When Luke 18:31-34 begins, we immediately get the context for Jesus’s words. He is speaking to his disciples about the trials ahead in Jerusalem. When he said to them, “See, we are going up to Jerusalem,” it was like he was digging into their minds and pulling out their worse fear. The disciples didn’t know exactly what it meant, but they knew Jerusalem was the topic hanging over all their heads.

Luke 13:31-34,“31 At that very hour some Pharisees came and said to him, “Get away from here, for Herod wants to kill you.” 32 And he said to them, “Go and tell that fox, ‘Behold, I cast out demons and perform cures today and tomorrow, and the third day I finish my course. 33 Nevertheless, I must go on my way today and tomorrow and the day following, for it cannot be that a prophet should perish away from Jerusalem.’ 34 O Jerusalem, Jerusalem, the city that kills the prophets and stones those who are sent to it! How often would I have gathered your children together as a hen gathers her brood under her wings, and you were not willing!”

So when Jesus says, “See, we are going to Jerusalem,” it’s as if he is saying, “See, we are going to face our fears.” Jesus doesn’t dance around fear. He doesn’t pretend it’s not in the room. Humans generally try to avoid confrontation. We avoid talking about the elephant in the room. And we avoid are fears as long as humanly possible. But not Jesus. He deals with the fear and he wants us to do the same thing.

When Jesus disciples us, he treats us the same way. He knows are fears and wants to confront our fears with us. Rather than avoid the issue, you must face the issue. But you must also notice one key word Jesus used, “we.” He said, “See, we are going up to Jerusalem . . .”

Jesus isn’t asking you to face your fears alone. He’s not going to throw you in the pool and say, “Here, learn to swim.” He’s going to be there with you. In fact, he’ll do more than be there. He already accomplished the victory for you through his gospel. When Jesus went to Jerusalem, he went and accomplished everything we need to overcome all are fears. He dies on the cross for our sins. He rose from the grave and conquered death on our behalf. And when we put our faith in him, we have the victory he secured on Calvary.

Jesus went to Jerusalem so you could face your Jerusalem. What’s your Jerusalem today? What pain lies in your path that is obstructing the fulfillment of the promises God has made to you in his word? 1 John 4:18, “There is no fear in love. But perfect love drives out fear, because fear has to do with punishment. The one who fears is not made perfect in love.” 2 Timothy 1:7, “. . . for God gave us a spirit not of fear but of power and love and self-control.”

Point 2: Luke 18:31b, Overcome the Fear of the Unknown By Knowing the Future

Luke 18:31b “ 31 And taking the twelve, he said to them, “See, we are going up to Jerusalem, and everything that is written about the Son of Man by the prophets will be accomplished.”

One of the reasons Jesus faces fear head on is because we fear what we don’t know. The longer we avoid our fears the worse our fears become. On the flipside, one way to cope with fear is to educate yourself on what’s ahead. When we don’t know what’s ahead and we are worried, what do we do? We ask other people what their experience was like. When a woman is pregnant and she fears having her first child, she talks with other women to learn what their experience was like. She reads books, talks to her doctor, and tries to educate herself on all the possible outcomes that might face her on the big day.

And this is the point Jesus is making in Luke 18:31, “And taking the twelve, he said to them, “See, we are going up to Jerusalem, and everything that is written about the Son of Man by the prophets will be accomplished.” Jesus addresses their fear and then tells them that what is going to happen has already be revealed in God’s word. Jesus was telling the guys, “Look, we’re not about to go face some unknown trials. We’re not about to go do something that is outside of God’s control. And to show you that all this chaos is actually under God’s control, I’m going to remind you that we already know the future because God revealed it in the past.”

Prophecy isn’t just a cool party trick. Prophesy has a specific purpose, and that purpose is to reveal the future in the past so you can live with faith in the present.

John 13:19, “I am telling you this now, before it takes place, that when it does take place you may believe that I am he.”

John 14:27-30, “27 Peace I leave with you; my peace I give to you. Not as the world gives do I give to you. Let not your hearts be troubled, neither let them be afraid. 28 You heard me say to you, ‘I am going away, and I will come to you.’ If you loved me, you would have rejoiced, because I am going to the Father, for the Father is greater than I. 29 And now I have told you before it takes place, so that when it does take place you may believe. 30 I will no longer talk much with you, for the ruler of this world is coming. He has no claim on me. . . .”

Deuteronomy 18:22, “ . . . when a prophet speaks in the name of the Lord, if the word does not come to pass or come true, that is a word that the Lord has not spoken; the prophet has spoken it presumptuously. You need not be afraid of him.

Point 3: Luke 18:32-33, Overcome the Fear of Death By Believing in God’s Resurrection Power

Luke 18:32-33, “32 For he will be delivered over to the Gentiles and will be mocked and shamefully treated and spit upon.33 And after flogging him, they will kill him, and on the third day he will rise.”

If you were to read Luke 18:32-33 without reading the last line in Luke 18:33, you would have a lifeless gospel that would bring no hope to anyone. Jesus really did die, the plot arch really did dip that low, and we as his disciples would be fools to follow him if the story ended there. But the story doesn’t end there. Jesus really did rise from the dead, conquered sin and death, and now reigns victorious, interceding and bringing victory for all those who believe and follow him.

In each of our lives, there are “resurrection” chapters ahead. The problem is that many of us have stopped turning the pages. We’ve gotten stuck at the low point in the story. We got crucified but since we stopped following Jesus, we stayed dead. Just like the gospel, we must allow God the time and freedom to write each of our individual stories the way he wants. The betrayal happened, the disciples abandoned Jesus, and Jesus’ dead body really was sealed in a tomb. But that wasn’t the end of the story. Just as the gospel would be a hopeless story if we stopped reading at the crucifixion, our stories will be hopeless if we stop following Jesus during the low points in life.

There is going to be real loss, pain, and deep confusion in our lives, causing us to questions, “How could this possibly turn into a happy ending?” The answer to that question will never arrive if you stop following Jesus because of the dark scenes in life. Instead you must choose to follow him even closer because the scenes unfolding in your story are that dyer.

Jesus was raised from the dead, and because of that, no matter how bad things seem, we always have hope because we are raised with him (Romans 6:4).

Point 4: Luke 18:34, Overcome Fear Through the Work of the Holy Spirit

Luke 18:34, “34 But they understood none of these things. This saying was hidden from them, and they did not grasp what was said.”

One of the most important ways the Holy Spirit changes us is by giving us the ability to understand the truth. Without the Holy Spirit, the wisdom of God seems like foolishness (1 Corinthians 1:18). But when we are given the Holy Spirit, the dots start connecting in ways we could never have noticed before without the Spirit’s light shining on our path. The Holy Spirit literally opens our eyes and minds to God’s word, his eternal truth. John 16:12-15:

With Jesus and because of Jesus, we can face all our fears through knowing, believing, obeying, and living his truth.