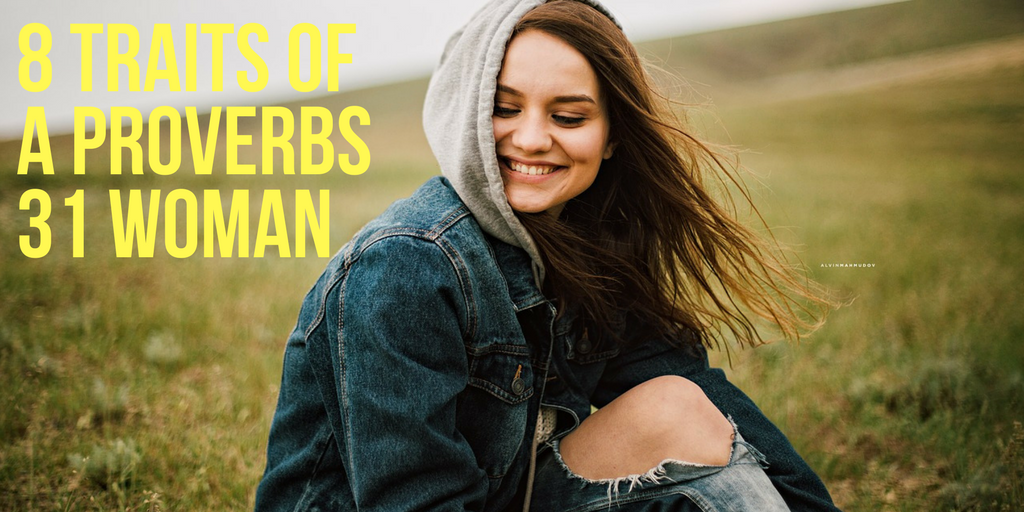 What is a Proverbs 31 woman? When this phrase is used, it refers to Proverbs 31:10-31. In this Bible passage, a godly, wise woman is described. But to use this passage properly, we need to be careful we do not over apply the point of Proverbs 31:10-31.

Proverbs 31:10-31 Is About Principals. It’s Not a Christian Woman’s Job Description

The book of Proverbs in general is not a book of promises. It is a book of principles. In other words, there are certain commands in the Bible that should be followed word for word and then God promises a certain result, “Believe in the Lord Jesus and you will be saved” (Acts 16:31) Proverbs, however, should not be viewed that way.

Again, Proverbs contains principles. For example, Proverbs 12:24 states, “The hand of the diligent will rule, while the slothful will be put to forced labor.” Does this mean that there are no lazy CEOs in the world and that everyone who is forced to do manual labor is slothful? Of course not. But this verse contains a true principal – those who work hard generally find more success than lazy people.

Likewise, Proverbs 22:6 states, “Train up a child in the way he should go; even when he is old he will not depart from it.” Does this mean that those Christian parents who have grown children that depart from the faith did not train their kids correctly? No. This verse is not a promise; it is a principal. Generally, if you teach your kids the right way to live they will do the right thing as adults. But there are no guarantees because we all make our own choices regardless of how well our parents taught us.

I say all that because to be a Proverbs 31 woman you do not need to literally do everything listed in Proverbs 31:10-31. The book of Proverbs provides wise principles and descriptions of wise people. This book should be viewed through the lens of principals. Some have gone as far to say that Proverbs 31:10-31 is not describing a human woman at all but is personifying “wisdom” since it is referred to as “lady wisdom” (Proverbs 1:20-31, Proverbs 8 and 9) earlier in the book.

Therefore I believe Christian women and men should read Proverbs 31:10-31 less like a job description and more like general counsel on what a true godly woman will look like and act like. Jesus said you will be able to recognize people by their fruit (Matthew 17:20). A Proverbs 31 woman will be unique from other women, but all Proverbs 31 women will be bearing certain indicators in their life that mark their wisdom and godliness.

10An excellent wife who can find? She is far more precious than jewels. (Proverbs 31:10)

One sign of a Proverbs 31 woman is that she will be different than the majority of women in the world. Christians in general should be set apart from the world by their holy behavior, and this same principal applies to a wise, godly woman (Matthew 7:13-14). If a woman talks like, gossips like, dresses like, spends like, and generally lives like an unbeliever, this is not a Proverbs 31 type of woman.

13 She seeks wool and flax,and works with willing hands.14 She is like the ships of the merchant;she brings her food from afar.15 She rises while it is yet night and provides food for her household and portions for her maidens.16 She considers a field and buys it;with the fruit of her hands she plants a vineyard.17 She dresses herself with strength and makes her arms strong.18 She perceives that her merchandise is profitable.Her lamp does not go out at night.19 She puts her hands to the distaff,and her hands hold the spindle. . . 24 She makes linen garments and sells them; she delivers sashes to the merchant. (Proverbs 31:13-19, 24)

A Proverbs 31 woman does not need to be a seamstress, a farmer, a real estate agent, a merchant, or have toned biceps. The principal being described here is hard work. Certainly more could be said, but at minimum a godly woman will be revealed by her diligent work ethic in whatever role she is in. If she is a mother, a wife, a business woman, a CEO, or a nurse, a Proverbs 31 woman does a good job by being consistent and hard working.

3. A Proverbs 31 Woman Loves Her Husband

Some Christians are called to singleness, but most are called to marriage. A Christian wife does not blindly follow her husband but she does love and respect his leadership. Her husband can trust her because she has shown herself faithful, capable, and strong. She does him good and not harm throughout her life.

Likewise, a Proverbs 31 woman chooses her husband wisely. She is not interested in immature men. She desires to be with a well-respected man.  Again, this is a principal so it does not mean you’ve done something wrong if down the line your husband changes and isn’t as godly as you originally thought.

If you are not married, this principal will be reflected in the type of guys you spend your time with or date. A Proverbs 31 woman has healthy relationships with the opposite sex and does not allow herself to be dragged down by ungodly men.

4. A Proverbs 31 Woman Loves Her Family

One of the primary responsibilities of a Christian woman is to take care of her family. This does not mean she can’t have a career, hobbies, or a great social life. It just means that she always puts her family before these other things. A Proverbs 31 woman does what is necessary to raise her children in the Lord and to make sure they have what they need to be successful in life.

Again, these verses in Proverbs 31 do not mean that a godly woman must always become a mother, but when a Christian woman does have children she makes sure she loves them well.

5. A Proverbs 31 Woman Helps Those in Need

All Christians do not have the same gift. Some are especially kind, servant minded, and compassionate. Regardless of our gifts, however, all Christians will seek to serve those in need somehow. Maybe it will be through financial donations, prayer, or hands on service (Galatians 2:10).

Different seasons of life allow for different levels of ministry outside her own home, but a Proverbs 31 woman is not naïve to the needs of the world around her. She is not stuck in a family bubble. She prioritizes her family, but no Christian is called to neglect the poor and needy.

6. A Proverbs 31 Woman Takes Care of Herself

22 She makes bed coverings for herself; her clothing is fine linen and purple. (Proverbs 31:22)

I appreciate the balance this Bible verse brings. So many Christian women are abused through how much they are required to give in the community, the church, and their own family. She is worked to the bone and has nothing left. She ends up struggling to serve with joy and becomes snippy with others because her heart is overworked and has lost sight of the big picture of why she does what she does.

In Proverbs 31:22, however, we see that a Proverbs 31 woman is not afraid to do some things for herself as well. A godly woman will not be worldly, but she will also not be ungracious to herself. We all need to enjoy the blessings God gives us(1 Timothy 6:17).

Hopefully a Christian woman has people in her life to bless her and encourage her, but she also needs to take care of her own heart too (Proverbs 4:23). A Proverbs 31 woman will seek the Lord so she is balanced, not spoiling or neglecting her own soul.

7. A Proverbs 31 Woman Is Strong and Dignified

25 Strength and dignity are her clothing, and she laughs at the time to come. (Proverbs 31:25)

Because of the curse, men and women will always be swinging back and forth between gender extremes. Women, for example, will struggle to be balanced in their desire for strength and beauty. Some woman becomes damsels in distress and overly depend on men. Other women become bitter towards all things masculine and resent males.

8. A Proverbs 31 Woman Has People in Her Life that Love Her

28 Her children rise up and call her blessed; her husband also, and he praises her: 29 “Many women have done excellently, but you surpass them all.” 30 Charm is deceitful, and beauty is vain, but a woman who fears the Lord is to be praised. 31 Give her of the fruit of her hands, and let her works praise her in the gates. (Proverbs 31:28-31)

When it comes to the military, they say you can know how good a leader is by how his soldiers speak of him. Again, we are talking about principals here, not promises. If you are a godly person who seeks to lover others, there is no promise that everyone will love you back. However, in principal, there is a greater likelihood of people appreciating you and enjoying you if you are a loving person.

If everyone dislikes you, you are most likely doing something wrong. If everyone loves you, it probably means you never say the hard things and allow people to walk all over you. As Christians there should be some people who don’t like what we stand for. If there is never anyone who dislikes you, it probably means people don’t know what you stand for.

In summary, a Proverbs 31 woman will have people around her who love her and appreciate her because she is such a blessing to them. Those who love well are loved by many. We love God because he first loved us (1 John 4:19). Likewise, people will love us and enjoy us if we are loving towards them.

So what is a Proverbs 31 woman? She is a Christian woman who is most defined by her love for God and other people.