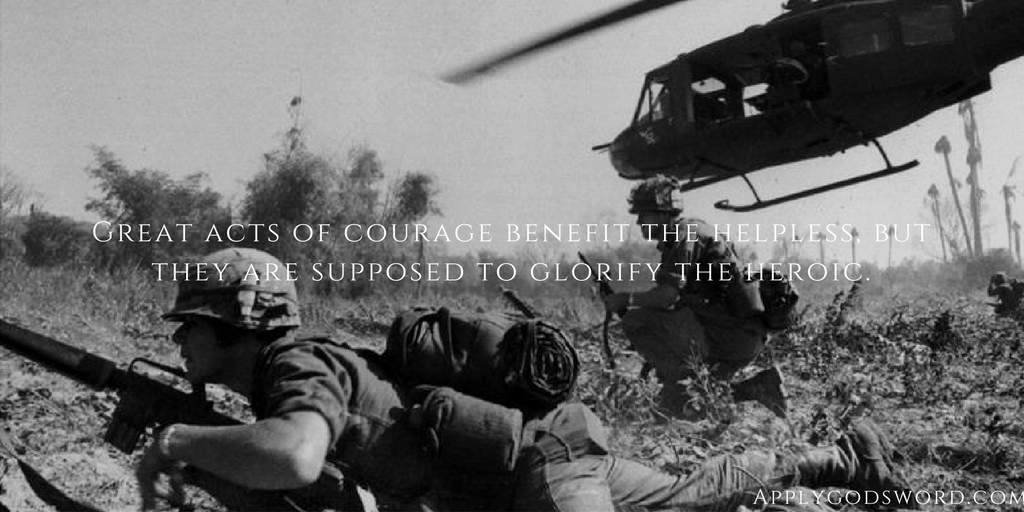 The Medal of Honor is the highest military award in all the US Armed Forces. It is only given to those soldiers who have displayed the utmost gallantry and intrepidity at the risk of his or her life above and beyond the call of duty.

One such recipient was Master Sergeant Roy P. Benavidez for his heroics in the Vietnam War. On the morning of May 2, 1968, a 12-man Special Forces Reconnaissance Team was inserted by helicopters into a dense jungle area west of Loc Ninh, Vietnam. Their mission was to gather intelligence information in an area heavily patrolled by the North Vietnam Army (NVA). The highly trained team began taking heavy fire, became pinned down, and called for an extraction. The only way out was by helicopter, and after three attempts by pilots, the plight of these 12 men seemed more hopeless by the minute.

Meanwhile, Benavidez was back at the base helping coordinate extraction attempts by radio. Realizing the men were either dead or wounded and thus unable to run to the pickup zone, he jumped into the helicopter in order to help. Because of the haste of the mission, he didn’t have time to grab a gun. Armed with only a knife and medical equipment, Benavidez ran over 200 feet from the helicopter to the pinned down men. Because of the NVA’s heavy assaults, before he even reached the men he was shot in the leg and wounded in the face and head from an exploding grenade. 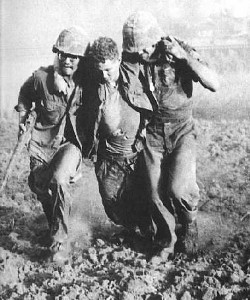 Despite his injuries, when he arrived to the surviving 8 men out of the original 12, he took charge. He ordered them to make defensive positions and directed gun fire to create a landing zone. After throwing a smoke canister to guide the pilot in, he dragged half of the team to the chopper and then ran alongside it to provide protective fire as it moved to pick up the remaining survivors.

Benavidez then ran to get the classified documents left behind. As he was doing this, he was shot in the abdomen and wounded in the back from more grenade shrapnel. To make matters worse, at nearly the same time he was hit, the pilot was mortally wounded, crashing the helicopter. Benavidez gathered himself once more, got the wounded out of the wreckage, made defensive positions again, and directed fire with the quickly diminishing ammo supply.

He began to run from man to man, giving them water and instilling in them the will to fight and survive. He and the men called in the coordinates for the nearby gunships to provide heavy artillery fire. As he was administering first aid, he was shot again in the thigh. But as another helicopter arrived, Benavidez once more loaded in the wounded. He then went for one more sweep of the area to make sure all classified documents were collected and to see if he could retrieve anymore of the bodies of those who had been killed. But on his way, he was clubbed in the head by an enemy soldier, breaking his jaw. Hand to hand combat ensued. Benavidez took out his knife and killed the enemy. Only then did he jump into the helicopter, barely surviving the 37 wounds that had been inflicted upon him from the NVA.1 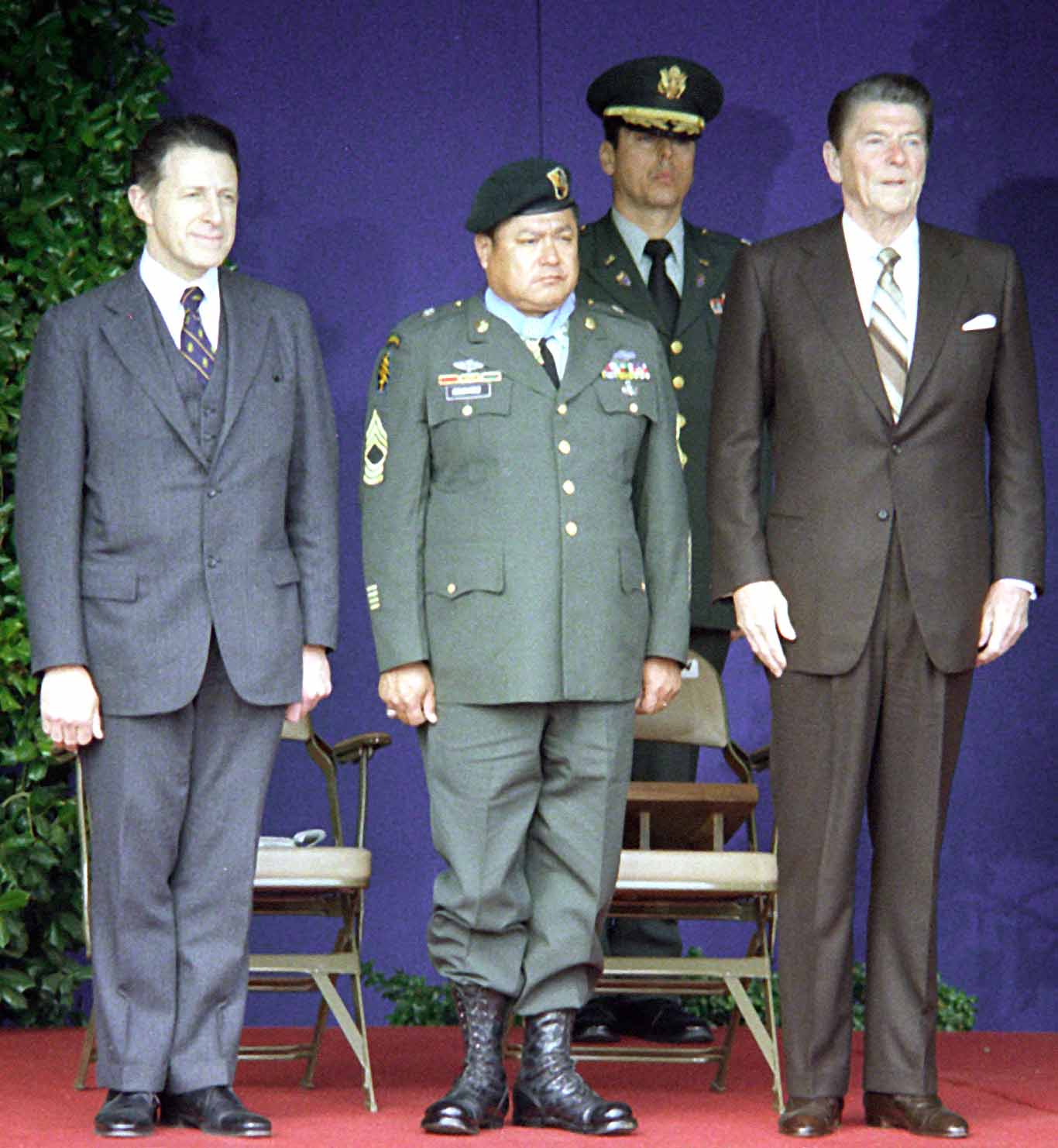 On February 24, 1981, President Ronald Reagan presented Benavidez with the Medal of Honor. Turning to the press, the President stated, “If the story of his heroism were a movie script, you would not believe it.” Because of his voluntary heroics, at least eight men were saved and he thus earned the highest praise any US Armed Forces’ member could ever receive.

But what if at the ceremony, instead of giving the medal to this hero who earned it, the President made Benavidez pin medals on the men he saved? What if after making him pin the medals on, the President then asked Benavidez to praise these men by pointing out in each of them the qualities they possessed that made him want to save them?

Of course this would be utterly ridiculous! Those men didn’t get saved because they were more special than others. They got saved because Benavidez was special. Therefore, only he got the medal. Benavidez received his honor, but when we make our salvation all about us, we rob Jesus of his.

One of the most precious ways to find the motivation to love God and glorify him is to remember the selfless love expressed on the cross. Great acts of courage benefit the helpless, but they are supposed to glorify the heroic. The cross was certainly for our benefit, but it was also for the glory of God.