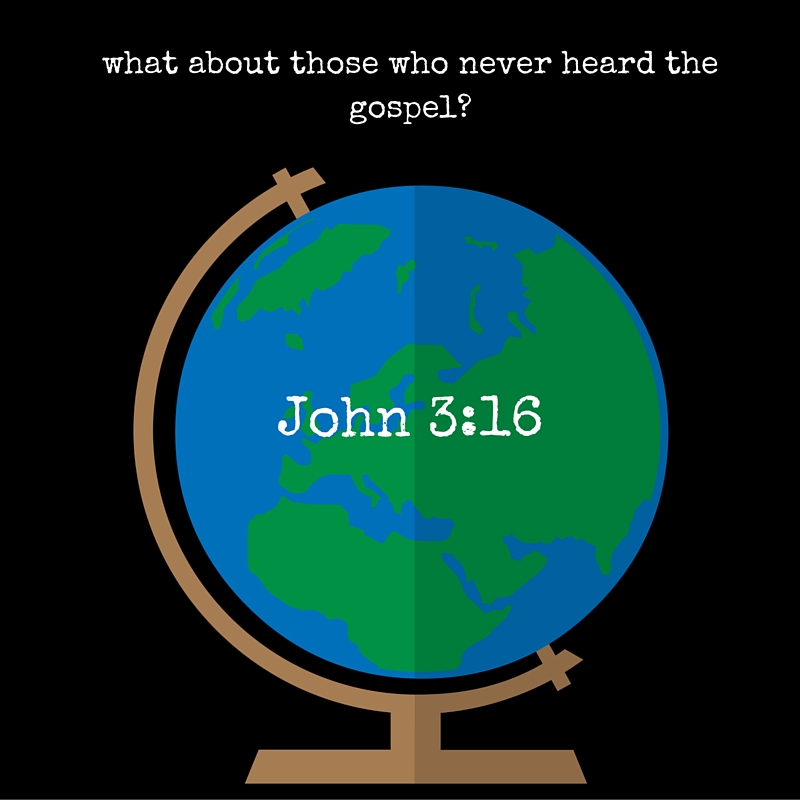 The problem with that is these questions are wrapped up with all kinds of emotions, and rightfully so. Something is wrong if you are a Christian and you flippantly talk about the reality of hell. Hell is a horrible truth. But it is a part of the truth.

With that said, what follows is a biblically blunt answer to the question, “What happens to those who have never heard the gospel or the name of Jesus?”

The Bible says that everyone who does not call on the name of the Lord Jesus Christ will not be saved. Salvation comes through faith in Jesus Christ alone. Acts 4:11-12 explains:

This Jesus is the stone that was rejected by you, the builders, which has become the cornerstone. 12 And there is salvation in no one else, for there is no other name under heaven given among men by which we must be saved.

As unfair as it seems to our human minds, the Bible has given us a clear answer about those who have never heard the gospel. Everyone who does not call specifically on Jesus will not be saved.

(Note: When I say “everyone” and “all” I do not mean babies, children, and the mentally ill. Although we don’t have the space to explain it here, the Bible explains that those who never have the capacity to comprehend the gospel will go to heaven.)

The Bible Says All Have Opportunity to Call Out to God

It would be unjust if people went to hell without ever having any opportunity to know God. But the Bible explains that everyone does have the evidence and opportunity to call out to the one true God. Romans 1:18-20 states:

For the wrath of God is revealed from heaven against all ungodliness and unrighteousness of men, who by their unrighteousness suppress the truth. 19 For what can be known about God is plain to them, because God has shown it to them. 20 For his invisible attributes, namely, his eternal power and divine nature, have been clearly perceived, ever since the creation of the world, in the things that have been made. So they are without excuse.”

Because God’s attributes can be clearly perceived in everything he’s made, people are without excuse. Theologically this is called “general revelation,” which means God has revealed himself generally in common ways that all people everywhere experience.

Many people argue that God judges each person according to the opportunity he gave them to know him. They say, therefore, that God will save or condemn them based upon how well they responded to what God revealed about himself to that person. 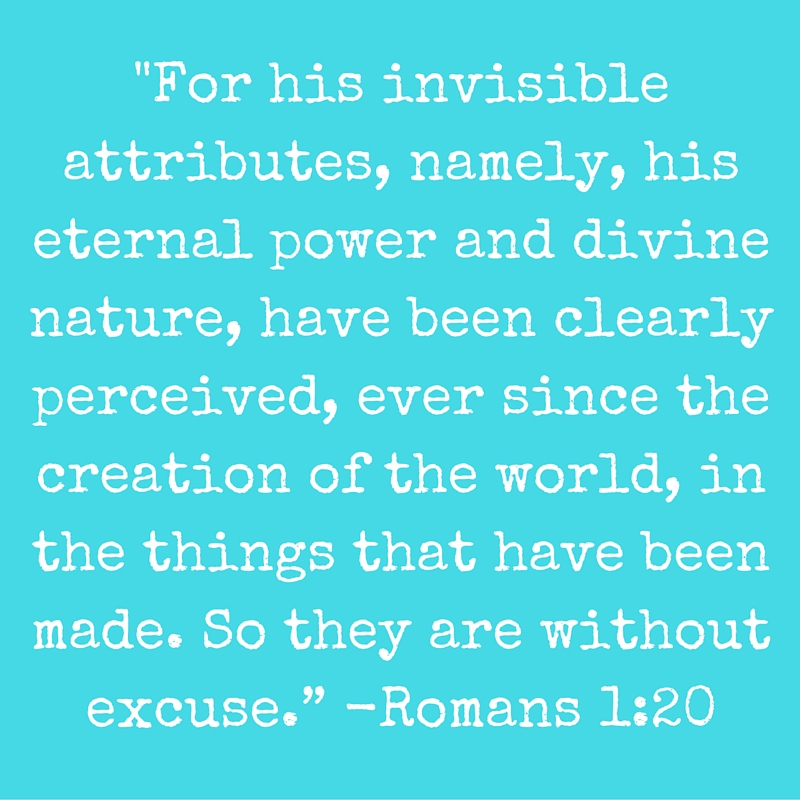 What is true, however, is that if someone sees nature and thus fears the true Creator and calls out to him, asking to know him, God will respond and send that person an opportunity to know the name of Jesus and hear the gospel. Deuteronomy 4:29 explains, “But from there you will seek the LORD your God and you will find him, if you search after him with all your heart and with all your soul.” Matthew 7:7 states, “Ask, and it will be given to you; seek, and you will find; knock, and it will be opened to you.”

So although no one can be saved through general revelation, if someone responds to it and calls out to the true Creator who made everything good, the Bible explains that God will make an opportunity for that person to hear the gospel and the name of Jesus Christ. God can send a missionary, drop a gospel track from an airplane, send a Bible, or send that person to the Western world.

Therefore, because all are exposed to general revelation, the issue is not that people don’t know anything about God. It’s that people have rejected what they do know about God. Everyone knows something about God because he has left physical evidence of his existence called “nature.” Everything created points to the Creator, and thus everyone is without excuse.

So although the Bible explains that those who have never heard the gospel will be sent to hell, God is eager to share the gospel with everyone.

(Note: It’s tempting to launch into the debate between those who emphasize free will and those who emphasize predestination. The point of this article, however, is not to explain the causation of events that lead to someone hearing the gospel for the first time. The point here is to state that the Bible clearly teaches people cannot go to heaven without hearing and receiving the gospel of Jesus Christ).

The absence of the gospel presentation is not the reason people go to hell. It’s just of God to send people to hell who have not heard the gospel because we all deserve eternal punishment for sin (Romans 3:23, Romans 6:23). On the flip-side, however, it would be unjust of God to send people to heaven without the gospel being the bases of entrance because we do not deserve it. The justification for entrance into heaven is Christ’s actions. The justification for entrance into hell is our own actions.

The question “What does the bible say about those who have never heard the gospel?” should not be an accusation against God as though he is doing something unjust. Sin is the reason for people going to hell, and while rejecting the gospel is sin, any sin is enough to cause eternity in hell. Someone who never hears and rejects the gospel has sinned in other ways, thus causing hell to be a just sentence.

Being Saved Without Knowing the Gospel Is Unbiblical, But It Is Also Illogical

If people went to heaven because they never heard the gospel, the cruelest thing you could do would be to share the gospel.

If it was a guarantee that someone who was never exposed to Jesus would be saved, why would you decrease their chances by sharing the gospel? If you give them the choice, there’s a chance they might not believe and thus go to hell. Under this logic, the best way to ensure someone’s salvation would be to make sure they never hear the gospel, get a Bible, or talk to a Christian.

Here we can see that this idea is not only unbiblical, it is also illogical for Christians to believe. The Great Commission would be a great cruelty if those who never heard the gospel were going to be saved.

As I said in the beginning, talking about what happens to people who have never heard the gospel is a theological conversation. But it’s also an extremely emotional topic, and should it should be.

All Christians should be concerned for people who have never heard the gospel. The proper response, however, is not to get mad at God but to get motivated to share the gospel.

God sent his Son because he loves the whole world (John 3:16). While God will not save everyone, God is eager to save everyone. God loves us all, and therefore as Christians we should seek to share the gospel with everyone on planet earth.