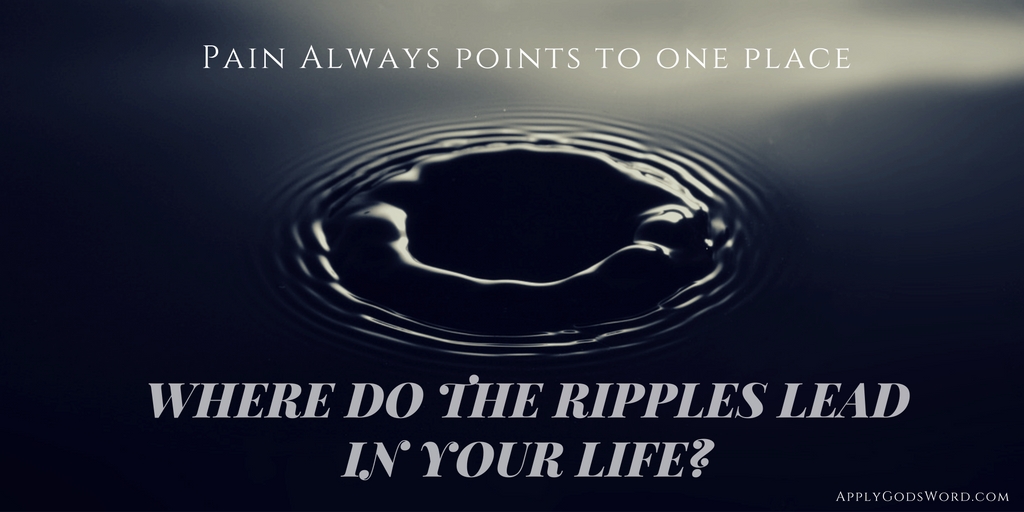 There is a giant hole in the universe that can be felt no matter where you turn. Every song you here, every show you watch, and every novel you read has some echo of this hole reverberating through its content.

Passionate poems describing the perfections of a beauty that no human could actually posses, the songs which heartbroken former lovers listen to on repeat, the headshaking bewilderment at the evil we all see on the nightly news – all of it is connected. Like a rock thrown into a perfectly placid lake, all the ripples and waves on this earth can be traced back to one act, one void.

God. He’s the reason, or more accurately, the absence of him. Everywhere the eye turns, if it was opened to truly see, would see that everybody and everything is responding to the absence of God, rippling back to the effects of our first parents’ sin. Because of sin, God’s manifest presence is not with us as it was supposed to be and there is no place on earth where the consequence of this divine tragedy is not painfully felt.

Rebel forces brainwashing children into child-soldiers, street muggings, babies on life support, abortions, fatal car crashes, divorce, parents hating their children and children hating their parents, poor economies, tsunamis, the depression that haunts many at night when they no longer feel the pressure to where a forced smile – all of the disorder which plagues our existence is due to the fact that God is not manifest in this world and in our lives as he should be, as he designed himself to be.

And so to work for world peace, have rallies for non-violence, to go green, to seek political equality for all – these are band-aids for a universal epidemic that has already fully spread. We shouldn’t stop our social justice efforts likes these, but we must admit that the only cure to every problem on this earth is going to come from God and his grace expressed in the Gospel of Christ because every problem on this earth ripples back to the absence of God and his grace.

The heartache fueling the chaos in this universe is because the heart of man is no longer intimately connected to the heart of God. Only when this relationship is restored will order be restored.

The waters are rising. The fire is burning brighter. Things are not going to get better on this earth in this season of the larger story (2 Timothy 3:1). This world has been on a steady decline with only moments of revival. Eventually God is going to return in all his manifested glory and say “Enough!”

The King is going to return. The King is going to restore order. The hole in the universe is going to be filled and then everyone will know why they had felt so empty their entire life. One day everyone will see the ripples and waves which started with man’s rebellion towards God go calm as God wipes the universe clean of all the rebellion against him. However, for those who reject his grace on this earth and continue to seek to fill the hole with godless endeavors will remain empty and tortured forever.

Let us repent of the real problem while there is still time. “God, I confess that all of the pain, boredom, betrayal, loneliness, evil pleasures – all chaos and sin in my life is because you are not in my life as I need you to be. Come into my life as I know you desire to be. Through the grace offered in Jesus, I do plead these things in your name, Amen.”

Therefore let all the faithful pray to you
while you may be found;
surely the rising of the mighty waters
will not reach them.
You are my hiding place;
you will protect me from trouble
and surround me with songs of deliverance.-Psalm 32:6-7