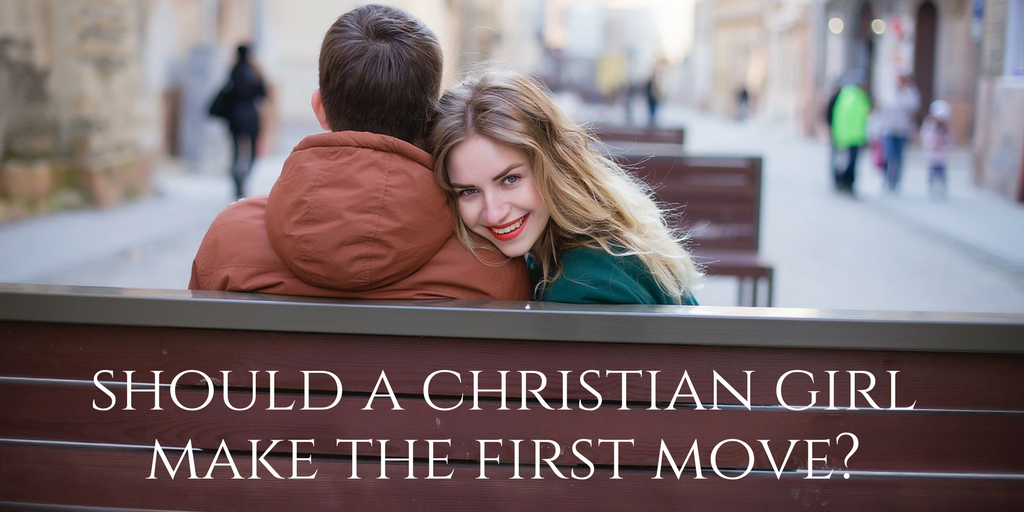 Perhaps the most common Christian dating advice often given to guys and girls is that a man should pursue a woman. “You don’t want a man that isn’t going to pursue you” they say. Since the Bible does not anywhere directly say how dating should happen or how a romantic relationship should start, where is this advice actually stemming from?

While dating rules and tips on how to start a healthy relationship are not in the Bible, roles for husbands and wives are. In Ephesians 5:21-33 for example, we are clearly told that a husband is supposed to lead his family and a wife is supposed to support that leadership. This doesn’t mean she blindly follows or has no authority to make decisions. It just means that husbands reflect the leadership of Christ and wives reflect the role of the church. Christian marriage is supposed to be a visible gospel representation to the world.

Let’s Not Over Apply Marriage Roles

While the Bible clearly defines roles for husbands and wives, I think Christians often over apply what the Bible actually says. Again, dating is not even a topic mentioned in the Bible, so to say the Bible would forbid a girl asking a guy out is ludicrous.

Again, I get the heart behind telling young Christians that a guy should pursue a girl. But just because a girl asks a guy out on a date does not automatically mean that if they get married she will need to be the leader in the home.

Additionally, just because God calls a husband to lead his family does not mean wives cannot show initiative. Good leaders are not dictators. Good leadership takes counsel well and includes other people. While God will first look to a husband if a family is living in sin, that husband would be a fool if he relies solely on his own judgment and not on his wife’s judgment as well.

Christian wives are not called to mindless followers just waiting for the husbands to act. Wives are called to be leaders while also being examples of respect and love so the world knows how to respect and love God. But she is called to act, to lead, and to assert her opinion. And she’s called to do all these things while lovingly respecting the leadership of her husband as well.

Therefore to say a Christian girl is doing something wrong by “pursuing” a Christian guy is an over application of what the Bible says in my opinion.

What Do You Mean By “Pursue”?

(You may always want to read my article, What Does the Bible Say About Flirting?)

When Should a Christian Girl Pursue a Guy?

So in summary thus far, yes, husbands should lead their wives and families. And yes, it is a good sign a guy will be that type of husband in the future if he is pursuing the girl in the dating process. So I am pro Christian guys pursuing Christian girls in most circumstances because it is the most natural fit. But I also believe that a Christian girl pursuing a guy is not the same thing as leading like a husband or acting like a guy. Sometimes I believe a Christian girl should pursue a guy she likes.

So the harder question to me is not if this is okay but when should this happen. When should a Christian girl pursue a Christian guy and make the first move?

There will surely be scenarios I won’t mention here, but here’s a few examples of times I think a Christian girl should pursue a guy:

(Note: I’m not saying every 32 year old girl needs to change her approach if she is not married. Some Christian women are perfectly content to be 30 or 40 and single. I believe there is absolutely nothing wrong with that! Singleness is a gift! My advice here would just be tailored towards someone getting a little older and discontent about being single still. My point is simply this: If you are content, keep doing your thing. If you are discontent, change it up.)

Should a Christian Girl Pursue a Guy?

My only caution is that again, husbands are called to lead which will involve pursuing their wives. Therefore a Christian guy should eventually get the picture that a girl likes him and start showing some initiative. If the Christian girl is doing all the pursuing, all the initiating, all the decision making, and the guy just keeps being passive in the relationship, then I do think this is a red flag.

I believe it is right to want a man who will pursue you. You shouldn’t have to lead or mother a man. But that’s a lot different than being inviting, clear, and helping a guy out by letting him know he actually has a chance with you.

You never know, maybe saying these three little words to a Christian guy you like could change your life, “I like you.”