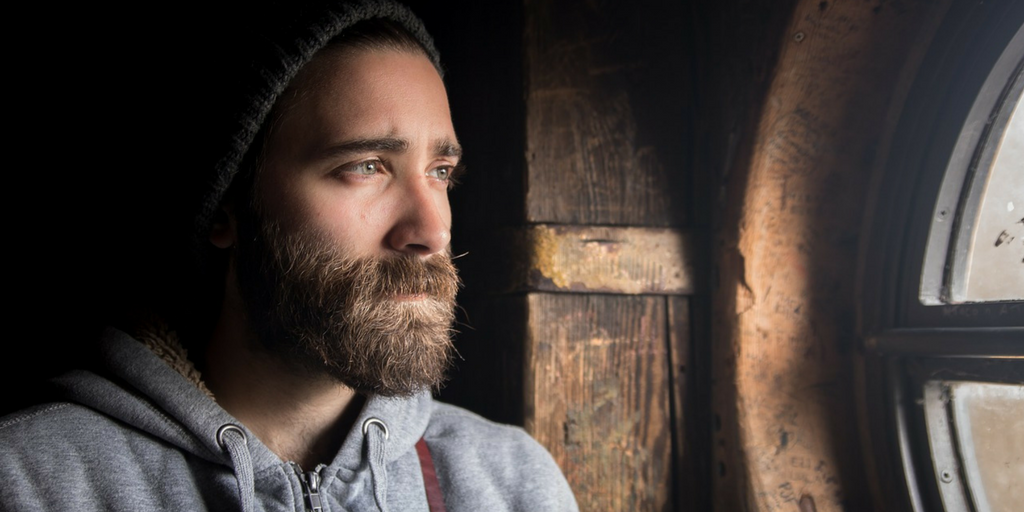 By studying the life of David we can gather a lot of helpful truths that can assist us in our journey of becoming men after God’s own heart.

In one sense we can say that a man after God’s own heart is a man who obeys God and does what he says.

“Then they asked for a king, and God gave them Saul the son of Kish, a man of the tribe of Benjamin, for forty years. 22 And when he had removed him, he raised up David to be their king, of whom he testified and said, ‘I have found in David the son of Jesse a man after my heart, who will do all my will.’”(Acts 13:21-22)

While “obedience” is certainly the right word to use, I think the connotation of this word can often be a bit misleading. When I hear the word “obedience” I first think of just fulfilling the order from your superior regardless of how you feel. “Obedience” in that sense is not wrong but it can also be cold, lifeless, and robotic.

As Jesus was transitioning from boyhood to manhood, he got separated from his parents and they went on a frantic search looking for him. At the age of twelve he said to them, “Why were you looking for me? Did you not know that I must be in my Father’s house?” (Luke 2:49). Perhaps this is the only story we have about Jesus before he was a full grown man because this lesson is the main lesson every boy needs to learn to become a man.

Jesus, the ultimate man after God’s own heart, was all about his Father’s business. His sole focus on earth was to obey his Father because he loves his Father, “Father, if you are willing, remove this cup from me. Nevertheless, not my will, but yours, be done” (Luke 22:42)

To Be a Man After God’s Own Heart, You Must Love God More Than Everything Else

What set David apart from Saul was his love for God. Obedience is the sign of love, for as Jesus said in John 14:15, “If you love me, you will keep my commandments.” Love is the foundation of obedience. If you struggle to obey God it is because you struggle to love God.

David obeyed God better than Saul because David loved God more than Saul. It was David, not Saul, who was the primary author of the book of Psalms. David wanted to write songs about God. Saul wanted songs to be written about himself. When David started becoming successful and the women started singing a song honoring him, Saul states, “They have ascribed to David ten thousands, and to me they have ascribed thousands, and what more can he have but the kingdom?” (1 Samuel 18:8).

Saul said to Samuel, “I have sinned, for I have transgressed the commandment of the Lord and your words, because I feared the people and obeyed their voice.” (1 Samuel 15:24)

Saul disobeyed God because he loved people more than God. He was unable to lead because he was a following his desire to be liked by others rather than loved by God. David, on the other hand, was able to lead people because he was following God. He was able to influence people for good rather than be influenced by people to do evil because he knew he was loved by God. For example, he had the opportunity to kill Saul. His men were encouraging him to do this. 1 Samuel 24:4-7 explains:

And the men of David said to him, ‘Here is the day of which the Lord said to you, ‘Behold, I will give your enemy into your hand, and you shall do to him as it shall seem good to you.’” Then David arose and stealthily cut off a corner of Saul’s robe. 5 And afterward David’s heart struck him, because he had cut off a corner of Saul’s robe. 6 He said to his men, “The Lord forbid that I should do this thing to my lord, the Lord’s anointed, to put out my hand against him, seeing he is the Lord’s anointed.” 7 So David persuaded his men with these words and did not permit them to attack Saul. And Saul rose up and left the cave and went on his way.”

David “persuaded his men” while Saul was persuaded by men. Saul was literally out trying to kill David and find his own form of justice. When the tables were turned and it seemed David had more of right to take Saul’s life, 1 Samuel 24:12 says, “May the Lord judge between me and you, may the Lord avenge me against you, but my hand shall not be against you.” Saul sought his own vengeance. David left vengeance in the hands of God.

David was a man after God’s own heart because David was not a man who tried to win the hearts of men. David’s heart wanted to please the heart of God. David was a leader because he was not persuaded by a need for man’s approval like Saul. Men followed David because David followed God above everyone else.

To Be a Man After God’s Own Heart, You Must Repent When You Fail

While there are so many positives in the life of David, he was not without sin. He fell many times, sometimes in dramatic ways. His most notable rebellion took place with Bathsheba. When David repented of his sins, he wrote out the path of redemption in Psalm 51 that God showed him. I wrote a whole book on Psalm 51 and David’s road to repentance which you can find here, Redeemed Like David.

But how was David considered a man after God’s own heart even after his many shocking failures as a man. In Psalm 51 we find the answers. Dr. R.C. Sproul states:

In the Psalms, we see the heart of a penitent unveiled and in that I think we see most clearly the greatness of David the Great. If you read Psalm 51 and read it carefully and thoughtfully, that Psalm will reveal more than anything else in the history of David why David was called a man after God’s own heart. Because here it reveals the broken heart of a sinful man who sees his sin clearly.”