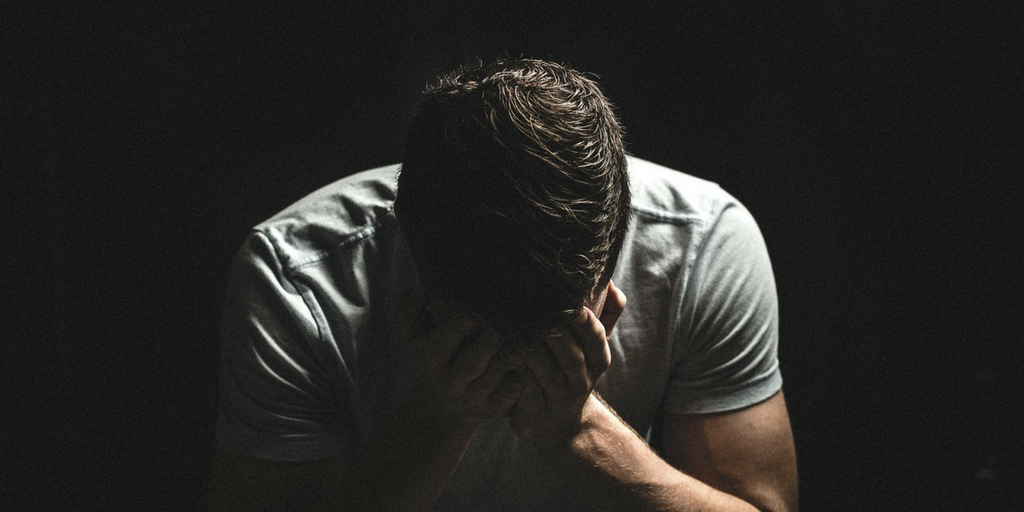 “Why won’t God fix my marriage?” is the question one woman recently wrote in to ask. She writes:

Dear Mark, I have been listening to your sermons on the AGW YouTube Channel.  I have a question for. I have been married for over 20 years. I am a Christian and I have asked God to restore my marriage.  I don’t want a divorce. Why would God not hear those prayers?

Giving Christian marriage advice is always challenging in a setting like this because I rarely have all the facts. Why God has not fixed Mary’s marriage is impossible for me to know. So rather than give specific theories about one specific marriage, I will try to give some general biblical principles that may help answer this question “Why won’t God fix my marriage?”

The first biblical principal that comes to my mind when trying to figure out why God won’t fix someone’s marriage is that God never overrides the choices humans make. This conversation can quickly turn into a theological dissertation on the relationship between God’s sovereignty and man’s free will. I don’t want to get into the minutia of all that at this point. Rather than explain the interworkings of this theology, I just want to talk about the way humans are supposed to respond to God’s sovereignty.

Mary asked, “I am a Christian and I have asked God to restore my marriage.  I don’t want a divorce. Why would God not hear those prayers?”  Yes, God is sovereign, which means he can do anything he wants. But within the pages of Scripture we learn that God wants humans to actively participate in producing the outcomes they experience in life. So God will not just “fix” a marriage without the husband and wife actually doing certain things and following God’s counsel to them.

Prayer is absolutely right. Asking God to fix you marriage is absolutely right. But the way God will fix a marriage will not just be through prayer but through prayer that enables the husband or wife or both to change the behavior that is negatively impacting the marriage. Answered prayer for a fixed marriage will not be an unexplainable miracle where things are just better and you don’t know why. God will fix the marriage through teaching those in the marriage to correct the specific problem that are occurring between the two people.

Again, I don’t know the details of this specific marriage. I just know that relationship outcomes are the result of relationship interactions. If there is a problem between two people, the problem lies between the two people, not with God or unanswered prayer.Marriages are unhealthy or healthy based upon how two people respond and treat each other. How they speak to one another, how much they serve one another, how often they sacrifice their own desires for the other person, how  much time they spend with one another, how much they understand the other person’s love language, and so on – these are the type of factors that go into a “good” marriage or a “bad” marriage.

What I am not saying is that if there are marriage problems it automatically means God is punishing you both for sin. First off, God does not punish Christians. God only disciplines those he loves. Secondly, I’m not saying the husband and wife are intentionally treating each other wrongly. There could be sin in the relationship, either in both or in one person, that is causing them to treat the other person poorly. There are some spouses who intentionally treat their mate poorly. But I’m not saying every struggling marriage is because of these two things.

Rather, my point is that sometimes people are interacting with one another in offensive, annoying, or confusing ways that they can’t recognize themselves. Their actions and words just rub the other person wrong but neither of them can explain why. In cases like this a good counselor is crucial so he or she can point out what the couple may be missing and can’t see about themselves.

God will not fix a marriage by overriding two peoples’ responses and their personality traits that are mismatching. Rather, if they both are humble enough and seek God, he will more than likely show them why they are offending each other. If they then change their behavior towards one another the outcomes will change.

So God will not fix a marriage without the husband and wife actually changing what they are doing that is causing the problems. Will live in a cause and effect world. There is always a cause for the issues. Relationship problems may seem mysterious but there are always reasons for these problems. Rather than pray that God would just magically fix it all while the two stay exactly the same, the husband and wife should pray that God would help them change in the areas they both need to change so the marriage can be truly fixed from within.

The above advice is complicated by the fact that a marriage always involves two complex human beings. While it’s usually true that both the husband and wife are contributing to the problems within the marriage (even though most times the husband and wife assume it is the other person’s fault), sometimes the problem really does rest on one individual in the relationship.

If you want to change your behavior and you will do anything you can to fix your marriage but your spouse does not, then your marriage will not be truly fixed. In other words, God may not be fixing your marriage because your spouse is refusing to obey him.This is why relationships are so risky. The health of the relationship is 50% outside of your control. You can’t make your spouse act a certain way and God will not force that person to act a certain way. To have true love (which must be based on choice) God knows sin must also be a choice humans are allowed to make.

I believe a marriage can improve based upon one person improving even if the other person stays the same. But if one person is being selfish, manipulative, or simply just cannot accept that their behavior and interactions towards their spouse are sinful, then the marriage will not be as healthy as it could be.

God Won’t Always Fix Your Marriage, But He Can Always Empower You for Any Type of Marriage

There’s more solutions that could be given, but perhaps the best way to conclude is to give advice for when God does not “fix” the marriage. Perhaps the two of you just can’t figure out what the real problem is between you. Or perhaps one of you has a secret sin the other person is being negatively impacted by. In either case, we must come to grips with the fact that some marriages are just hard and are not going to improve.

Does this mean God is not faithful? Does this mean God does not love you? No, it doesn’t. It just means that we live in a broken world where things really are not what they should be. One day God will restore the earth to complete harmony. Every relationship will be perfectly balanced and full of love. But at this point sin and brokenness remain. Sometimes the emotional trauma of someone’s past will negatively impact a marriage for the rest of that person’s life.

So what should be done if the marriage just isn’t improving? While God won’t fix every marriage, he can empower every Christian to endure whatever trials that person faces in life. God can always fill us with joy and peace that surpasses rational understanding and that is not based in our earthly circumstances. Philippians 4:4-7 states:

Rejoice in the Lord always; again I will say, rejoice. 5 Let your reasonableness be known to everyone. The Lord is at hand; 6 do not be anxious about anything, but in everything by prayer and supplication with thanksgiving let your requests be made known to God. 7 And the peace of God, which surpasses all understanding, will guard your hearts and your minds in Christ Jesus.”

God doesn’t tell us to rejoice always. He tells us to “Rejoice in the Lord always.” While the details of our lives may often be unsatisfying to us, God can always be satisfying. God alone is the one source of joy that will never disappoint us. It’s okay to be sad about your broken marriage as long as you are still rejoicing “in the Lord.”

Lastly, this Bible verse tells us to pray about everything, which includes a broken marriage in need of being fixed. However, God does not promise to answer every prayer the way we want. These Bible verses make no promise about the specifics of what we ask for. Rather, the promise we can count on is that when we pray about everything, “the peace of God, which surpasses all understanding, will guard your hearts and minds in Christ Jesus.”

God has not promised to fix your marriage if you pray. He has promised to give you peace that surpasses understanding.