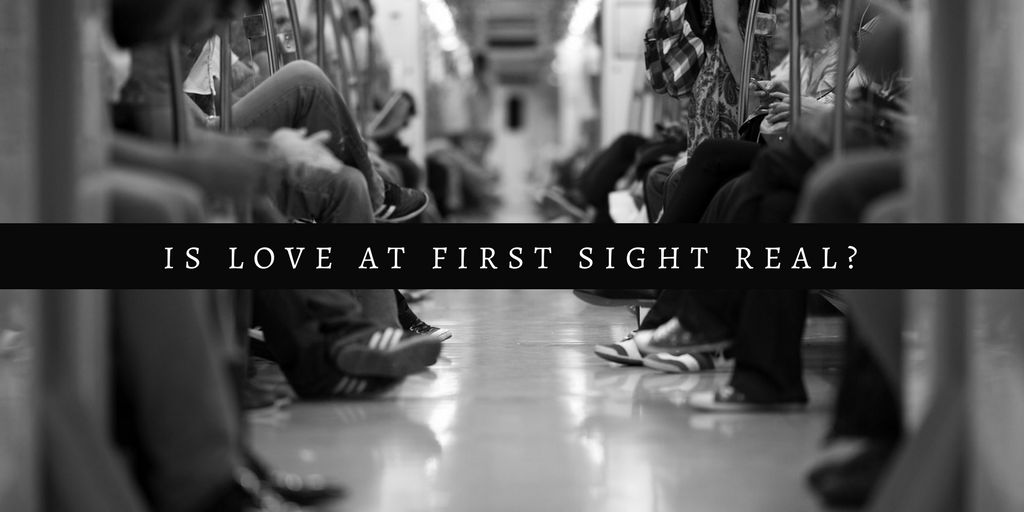 In this article we will discuss the differences between “love at first sight” and biblical love as expressed in the Scriptures. We will also cover some basic do’s and don’ts when it comes to Christians and the idea of “love and first sight.”

What Does “Love at First Sight” Mean?

Usually when someone refers to the idea of “love at first sight” they mean that at the moment they saw someone, they felt this person was going to be their spouse one day. People use this phrase when they want to drive home the point that there was instant chemistry, attraction, and a desire for a long-term relationship. Some would go as far to say that they knew this person was “the one” or their soul mate right at the moment they first met.

On the flip side, when someone describes the start of a relationship as “It was not love at first sight,” it means that two people slowly progressed towards a romantic relationship and there was not instant chemistry right when the two people first met. A “not love at first sight” romance story usually involves a slow progression towards liking and loving one another more and more.

Obviously all words and phrases have meanings attached to them that may differ depending on who uses the term. Therefore it’s safe to say that some use “love at first sight” in a more playful way to describe an instant attraction while others use this term to describe a feeling of an instant, deep, committed love for someone they just met.

Humans use the word “love” in many ways. I would recommend reading C.S. Lewis’ book called The Four Loves for an in-depth look at the different types of love there actually are. In regards to our questions about love at first sight, Lewis would classify this type of experience as Eros love.

Eros, however, is very different than the highest form of love which Lewis discusses, which is Charity love or the love of God. Some have referred to this as Agape love which is a selfless love that does not change with the circumstances of life or actions of another person. It is based in the giver not in the receiver.

When the Bible talks about love, it almost always is referring to this Charity type of love, this Christian love, the love of God. In John 15:12-13 Jesus said, “This is my commandment, that you love one another as I have loved you. Greater love has no one than this, that someone lay down his life for his friends.” God does not love because of who we are. Rather, he loves because of who he is; for God is love (1 John 4:8). True, biblical, Christ-like love is doing what’s best for someone no matter the cost to yourself. Sacrificing your own life for someone is the highest form of love because you are paying the ultimate price you can pay.

How Should a Christian Approach the Idea of Love at First Sight?

When we look at what the Bible says about true Christian love (1 Corinthians 13:4-13), we can see that “love at first sight” is not at all in the same category. Rather than condemn love at first sight, however, I think it would be wiser to just make sure that we are clarifying what we mean when we say this. If you mean you are very attracted to someone and would really like to get to know him or her, then what’s the harm? But if you think your first impression of someone which is based in attraction is actually a form of true Christian love which God would want to be the foundation of a godly marriage, then you are deceiving yourself.

You can’t love someone in a deep way at first sight because you know nothing but superficial information about this person. Superficial reasons for love produce a superficial type of love. If you only know someone superficially, your relationship can’t be anything but superficial and shallow. To really love someone, your feelings and commitment towards that person must be rooted in deeper reasons than your physical attraction or surface level knowledge of him or her.

Imagine if you went to the movie theater with a friend and within the first five minutes of a two hour film, he turned to you and whispered, “I love this movie.” If you thought he meant he was just enjoying the five minutes he’s seen so far, then that statement is not so odd. But if he meant that he knew he loved the whole movie even though he’s only seen five minutes, then you know his statement is false and superficial. He can’t love a movie he hasn’t seen.

The same is true when people say it was “love at first sight.” If they just mean they really liked that person’s appearance and first impression, then that’s not sinful or wrong. But if they take it too far and mean that they really love someone even though they just met him or her, then you know their idea of love is very superficial and shallow.

In some ways, you can only  love someone as much as you know him or her. Some people say they love God, but their knowledge of God is so limited they don’t even know the real God. They may love their idea of God, but if their idea is false they do not truly love God because they do not even know the true God. Or if they just learned about the true God today there love will not be as true as it will be in a year from now after getting to know him more. I’m not saying their love for God could not be genuine on the first day they heard of God, but their love for God will deepen once their relationship with God deepens.

God Made Eros Love to Be Enjoyed Responsibly, So Just Be Careful with the Idea of Love at First Sight

So questions about “love at first sight” to me are really questions about the Eros type of love in general. God made physical attraction. God made romantic feelings. These types of experiences are not wrong or sinful. However, like all good things, we can misuse them and turn them into sinful things if we allow our sinful nature to get involved.

There are few things easier to idolize than attraction, sex, and romance. Christians should not condemn these things, but they should be very careful and cautious to ensure they are using these gifts as God intended them to be used. There are examples in the Scriptures that hint at this idea of “love at first sight” that show the good and the bad ways physical attraction can be used.

A classic bad example of how “love at first sight” can go wrong is David and Bathsheba in 2 Samuel 11 and 12. Another terrible example of how infatuation leads to sinful behavior is what happened between Amnon and Tamar in 2 Samuel 13. Amnon’s passion for Tamar grows out of control and he rapes her. It then states, “Then Amnon hated her with very great hatred, so that the hatred with which he hated her was greater than the love with which he had loved her” (2 Samuel 13:15).

Idols always eventually let us down. You can always know how much you idolized someone by how angry you get at them when they do not fill you like you thought they would. The higher the expectation, the harder the fall when that expectation fails because it was based in infatuation rather than true biblical love. (For more on this, read “What Does the Bible Say About Being Balanced?”)

So What Does the Bible Say About Love at First Sight?

Physical attraction and “love at first sight” are not bad as long as they are kept in a healthy context. God made physical attraction. It’s how we use this gift that will determine if it is causing good or bad in our lives.

As we can see, the Bible doesn’t say anything directly about the actual idea of “love at first sight.” However, when we look at the whole of Scripture and consider what the Bible says about love, we can see that a physical attraction and a superficial “love” based in surface level information is not anything like a Christ-centered love which is the true foundation for a healthy, godly marriage.