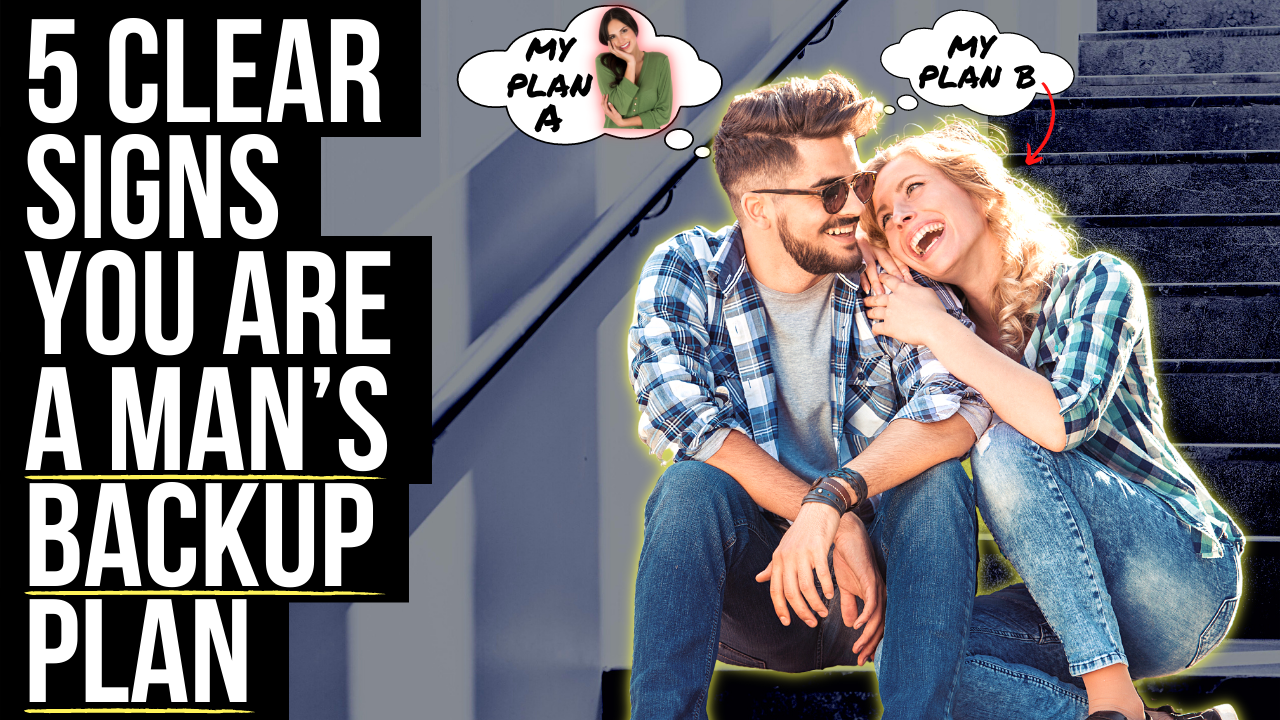 1. If You Met Him on a Dating Site But Then He Tells You He’s Not Ready to Date, You Are His Plan B

I usually tell people that it’s not about how you meet but rather who you meet. This would be an exception to that rule.

For example, if you meet someone randomly at church and you really connect as friends but then you learn this man is not ready to date because he is just getting out of a relationship, that is not a huge red flag. It could mean he is just taking his heart seriously as the Lord tells us all to guard them and not misuse them (Proverbs 4:23). Perhaps in time, through continuing a friendship with him, this man will be ready to move on from his ex and realize you are the perfect woman for him.

But if you meet a man on a dating website and then he gives you this spiel about not being ready to date because he is just getting out of a relationship, that is a red flag. Anyone who is on a dating website but then gives you reasons for why they are not ready to date is either playing games or seriously confused themselves. Either way, you will want to avoid this situation.

Him being a dating website says he was looking for romance. But him still thinking about his ex says he wants her, not you. So this situation would mean you are his Plan B. Let him go. You want to be someone’s Plan A.

2. If He Wants to Go on Dates But He Doesn’t Want to Date You, You Are His Backup Plan

There are a lot of phrases in the dating world that mean different things to different people. To me, “going on dates” and “dating” mean two different things. I believe it is acceptable for a man and woman to first go on some dates before they decide if they want to actually get into a dating relationship (i.e., dating). A dating relationship would be marked by acquiring the titles “boyfriend and girlfriend.”

However, I believe the whole dating process should be progressive and always moving forward. Going on some dates to get to know each other is fine but getting stuck in this “talking” phase or this “just hanging out” phase is a bad idea. Going on dates should help you both realize you want to be boyfriend or girlfriend or that you don’t want this.

3. If He Only Pursues You When You Make It Clear He’s Losing You, You Are His Backup Plan

Plan B, by definition, is something you don’t want to pursue right now but you also want to have that option if you need it. In your career path, for example, you may leave your employer for something you hope is better but you will want to leave on good terms in case this doesn’t work out and you need to come back to your old job.

When it comes to relationships, you will know you are a man’s Plan B if this guy is trying to keep the bridge open between you two even though he is not walking across that bridge. He’s trying to not burn the bridge because he may need you if his Plan A is not working out. That’s why he is only pursuing you when he feels like he might be losing you. He doesn’t really want you right now, he just doesn’t want to lose you as an option in the future.

Don’t play this game of cat and mouse. Men are very driven when they want something. They are goal-oriented beings and make time for the things they want. If a man is not making time for you, it means you are not his Plan A.

4. If He Disappears After You Give Him Your Body But Then Reappears When He Wants Your Body Again, You Are His Backup Plan

Obviously Christians should not be engaged in sexual pleasure until marriage. Why? Because God has designed intimacy and commitment to always go together. When you give too much to someone without the safety of commitment, that’s when you get hurt. Sex is the most intimate thing you can do with someone, therefore it can only be safely done in the shelter of the marriage covenant (Hebrews 13:4).

A man who just wants your body is telling you straight up that he isn’t interested in marriage. Sinful men are very counterproductive and self-defeating. They want to marry a woman who hasn’t been with another man, but they try to sleep with as many women as they can. In a way, by pursuing you sexually, they are testing you. If you give them your body, you fail the marriage test. But if you don’t give them your body, you fail the dating test. The only way you can win this game is by not playing. It’s rigged against you as a woman.

My point is, dating a sinful, worldly man is pointless because it’s a lose-lose game for you. They want a pure woman but they want to have sex outside of marriage with this woman, which means this woman would not be living a purely. It makes no sense. These guys are so lost and confused they don’t even know how to get what they want. They are just willing to bring you along for the ride as they drive in circles.

A godly man, however, will know that he must respect a woman’s body if he wants to enjoy this woman’s body in marriage. You are a man’s Plan B if you are giving him your body. A sinful man’s Plan A is to look for this perfect woman who is also willing to sin with him, which is obviously an oxymoron and thus the sinful man is always searching and not arriving because he’s searching for something that can’t exist. Every woman is his Plan B because he is always looking for the mystical Plan A woman that can only live in his mind.

Many Christian guys know that premarital sex is a sin (1 Corinthians 6:12-20) and therefore they seek to avoid doing this with the Christian single women in their lives. However, many Christian single men engage in something called “emotionally promiscuity.” This is when they treat a woman like their girlfriend emotionally but they don’t try anything sexual and they don’t ever offer any commitment beyond friendship. Christians guys should not do this, but many of them do. They do this because they want to feel validated by a woman while they wait for the woman they like in return.

If a man is stringing you along emotionally but keeping you in the friend-zone, just know you are his Plan B. If you were his Plan A, he would pair his emotional investment with a relationship commitment. He would be speaking the truth in love rather than just speaking love without the truth (Ephesians 4:15).