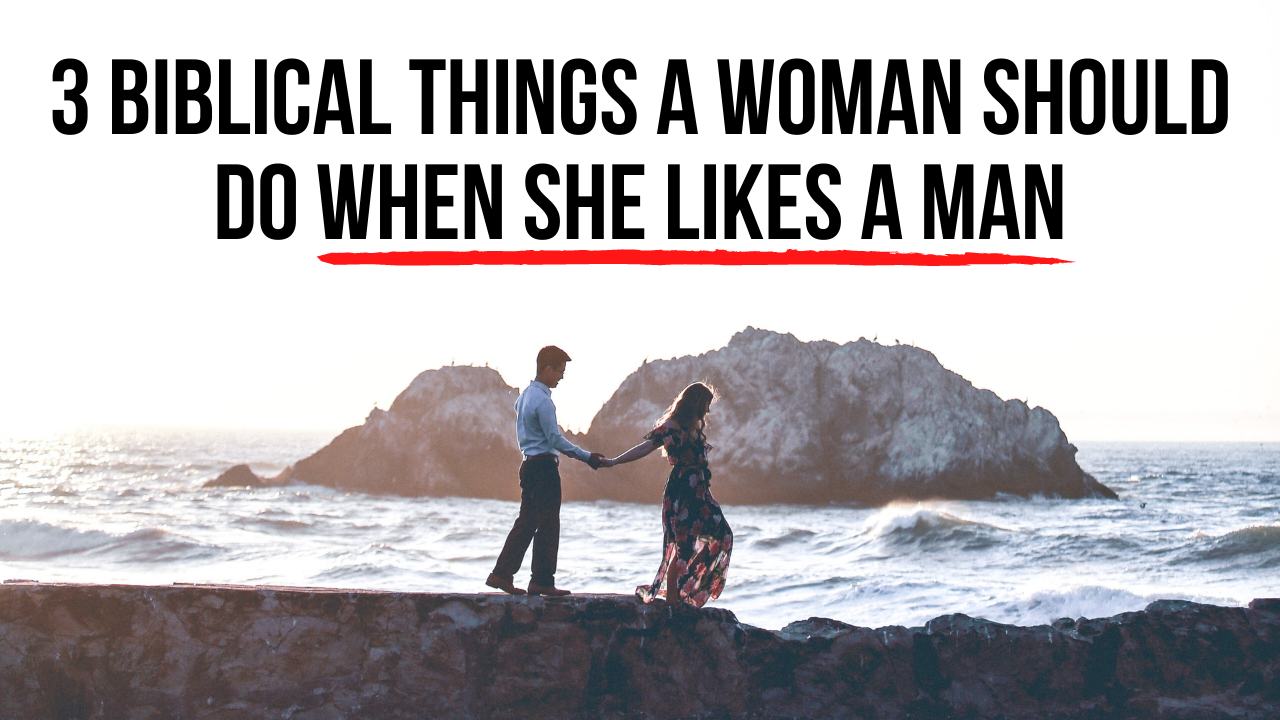 Here are 3 biblical things a woman should do when she is romantically interested in a man.

And for those of you who are interested in receiving specialized relationship training stemming right from God’s word, the deadline to enroll in AGW University closes tomorrow, August 29th at 11:59pm. For more information, click here.

Just because this first point seems so obvious and generic, it should not be so quickly overlooked. Praying for the man that you like not only provides God the opportunity to speak to you about this man, but it also puts you in the right frame of mind for whatever happens next. In other words, praying for this man that you have feelings for is actually a way to protect your own heart.

Praying for him will help protect you from having a selfish motive. Rather than wanting this man at any cost, through your prayers you will have the motive of only wanting to be with him if it would be good for him, good for you, and glorifying to God.

By praying for him, you are also preparing your heart to submit to God’s will rather than trying to force your own will. Prayer will prepare you to rightly handle whatever God allows next. Whether you two end up dating or you two end up never speaking to each other at all, through prayer your heart will be prepared to trust God in full submission.

In addition to the internal preparation prayer will help you accomplish when you like a man, through your prayers you will be enhancing your spirit’s sensitivity towards the Holy Spirit’s leading. When you are familiar with the voice of God because you are spending time in prayer, you will be able to decipher in real time when you are just hearing your own feelings, when you are being tempted by Satan, or when you are truly hearing from God.

If you don’t pray before interacting with this guy, you will be more easily misguided in the moment if this man ends up being manipulative and not good for you. On the other hand, preparing in prayer will also help you avoid listening to your own fears and false warnings that could prevent you from proceeding forward into a relationship God does want for you.

So no matter what happens next, when you like a man, start with prayer. As Philippians 4:6-7 states:

Do not be anxious about anything, but in everything by prayer and supplication with thanksgiving let your requests be made known to God. And the peace of God, which surpasses all understanding, will guard your hearts and your minds in Christ Jesus.”

Most Christian women have been taught that it is the man’s job to pursue the woman. I think this is right. While the Bible never says this directly, it’s a good application of other biblical principles to say that the man should pursue the woman. For example, a husband is called to lead his wife according to Ephesians 5:22-33. While marriage is different than the pre-dating steps, it’s a good sign that a man will be a worthy leader in marriage if he takes the lead in the pre-dating steps.

With that said, it’s an over application of what the Bible does say about men to state that women have no active role to play in the dance before dating. Because there has been such a big emphasis on men pursuing, Christian women often forget that they need to respond in a clear way once the man does pursue.

Some women get pursued, but they don’t respond in a clear enough way for the man to understand that she wants him to keep pursuing her. Then the man stops pursuing because he doesn’t feel like his efforts were well received. She then wonders, “What happened? Why did he stop pursuing me?”

If you like a man and he does anything proactive to interact with you, you need to make sure you respond in such a way that it’s clear to him that you enjoyed his pursuit and want him to pursue you again.

Of course you don’t want to overdo it and then seem desperate. But I believe far more Christian women make the other mistake and don’t respond enough rather than responding too much.

This is the most proactive step I would recommend a woman to take when she likes a man. Prayer is the right place to start. But it is a very low risk action to take. It is obviously very good to pray but it is also very passive. Responding to a man’s interest is a little bolder to do. It takes some courage but in one sense it is still a response rather than something truly proactive.

While I don’t think a woman should “pursue” a man, I do think it is unbiblical to say that a woman can’t do anything but wait to be pursued. So what can she do if she likes a man but for whatever reason he’s not pursuing her?

Rather than just wait and wonder forever, I think a Christian woman should somehow invite the man to pursue her. For example, in Ruth 3, she invited Boaz to pursue her but then in Ruth 4 Boaz was the one who had to take the lead and actually accomplish the necessary steps to marry her. But Boaz would not have taken all these steps to marry Ruth in chapter 4 if Ruth had not clearly invited him to pursue her like she did in chapter 3.

How can a woman be inviting towards a man she likes? There’s no exact formula here. For some, simply going up to talk to him will be enough to let this man know he should pursue her more. She can invite this man to some sort of gathering. Or maybe a well timed compliment a few weeks in a row at church will get the point across.

Inviting is different than pursuing because after the initial invitation the woman should not keep doing all the initiation. If the man is interested, he should get the picture and start pursuing this woman who has been inviting towards him. If he does not start pursuing after she has sent some signs that she wants him to pursue, then she should interpret this as the man not being interested and she should move on and not keep inviting him to pursue her.

While this can sting a bit if the man does not start pursuing after being invited to, it is a lot better than endlessly waiting for a man to pursue you because you have no idea if he likes you or not. By being a little more proactive through your inviting presence towards him, you not only will increase the chances of him pursuing you, but you will also increase the chances of not wasting time on a guy who is never going to pursue you.

A Christian woman should not view herself as a passive bystander in her own life. I believe it is very biblical for her to do something more than just waiting around to be found.

And if you want more help on applying biblical principles to the process of getting into a godly relationship, I recommend you check out AGW University. The deadline to enroll closes tomorrow, August 29th at 11:59pm (EST). To check out all the course content before enrolling, feel free to click here to learn more. 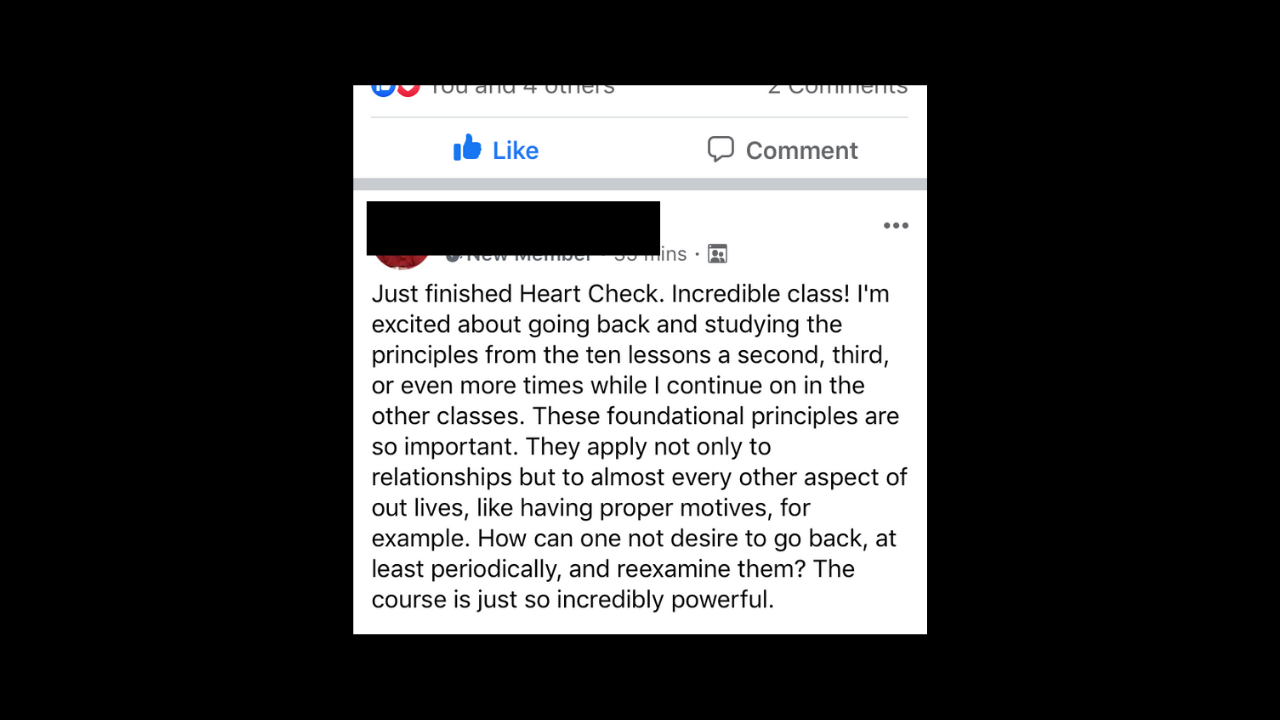