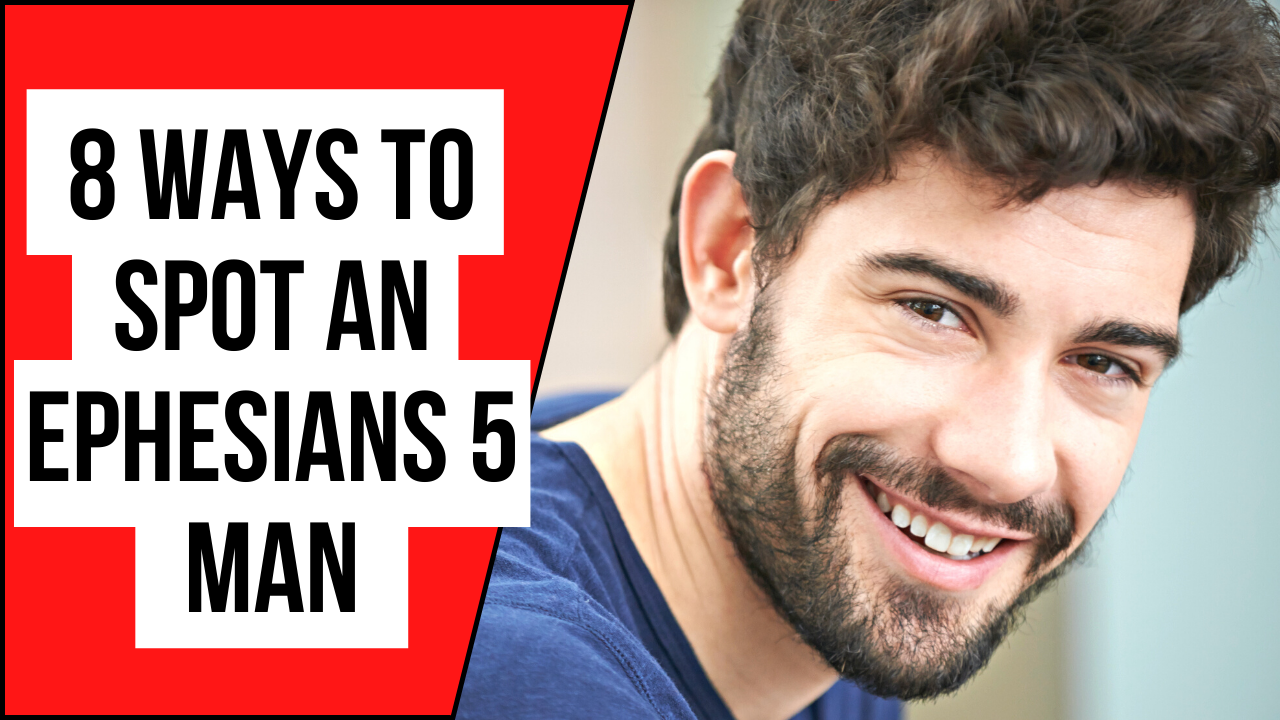 In a previous article I answered What Is a Proverbs 31 Woman?  Today I will answer the question, “What is an Ephesians 5 man?”

1. An Ephesians 5 Man Loves the Bible and Seeks to Apply It to His Life

Sadly, this is one of the biggest roadblocks Christian men face. Somewhere along the line men in church have found it acceptable to say things like, “Oh, I’m not the reading type.” Or, “I’m more of hands on type of guy.” Or, “My wife’s the spiritual one in the family. She tells me what I need to know.”

I’m not trying to say that every man is going to have the same gifts. Some guys truly are better at “doing” than they are at studying. Some guys truly do struggle with the liberal arts but thrive in the science and math departments. But none of this changes the fact that God has ordained his most important truths to be recorded in a book.

An Ephesians 5 man overcomes whatever barriers there are and he learns to drink deeply from the word of God on a consistent basis. As Psalm 119:10-11 explains, “With my whole heart I seek you; let me not wander from your commandments! I have stored up your word in my heart, that I might not sin against you.”

2. An Ephesians 5 Man Respects Women and Leads By Example Rather Than Commanding Others to Follow

Ephesians 5:22-33 starts out by addressing women first. But notice that when a wife is told to follow her husband, this is compared to how the church follows Christ. Does Jesus force people to follow him? Does he not rather invite them to? Does his loving, sacrificial love not draw us to want to follow him?

This is what an Ephesians 5 man is like. He’s not the type of guy who talks more about women submitting that he does about men sacrificing. He’s not the type of guy who complains about the modern woman and how rebellious she is. Rather, he just seeks to love like Christ which will naturally draw a woman to him who will want to submit to her husband as Christ draws the church to himself.

As 1 Corinthians 13:4 says of true love, “It does not insist on its own way . . . .” Yes, an Ephesians 5 man will insist that his life, marriage, or future marriage will be obedient to Scripture. But this type of man respects a woman’s right to choose to follow him and thus he will draw to himself the type of woman who can obey God with him as they both freely choose to operate in the biblical marriage roles.

3. An Ephesians 5 Man Looks to Christ as His Example to Follow, Not the World

This world does not provide men with many good examples to follow when it comes to love and relationships. Men are encouraged to use women as sex objects or to treat them the exact same way that they treat other men. There’s no more space in modern culture for men and women to be different in a good way.

In other words, our culture no longer teaches men how to act with a manliness that treats women with respect and tenderness. Through the sexual revolution, instead of teaching men to control their sexuality, we instead have taught women that they should be as free to be as out of control sexually as men have historically been. We have lost the demand on men to act honorably towards women in fear that this somehow devalues women. To even the playing field, culture has simply told women to act just as dishonorably as the men.

An Ephesians 5 man rejects culture and looks to Christ has his example to follow. As Jesus treats the church with tenderness and sacrificial love, so too will a man seek to treat a woman when he is following Christ.

4. An Ephesians 5 Man Is More Concerned with a Woman’s Holiness than Her Hotness

God made sexual attraction. He wants both men and women to be attracted to the person they choose to marry. But this is obviously an area in the human experience that easily gets warped by sin.

While an Ephesians 5 man will still want to be married to a woman he finds sexually attractive, he will be much more concerned with her character and inner holiness than her external appearance.

He will be attracted to a woman who is seeking to beautify herself internally more than she is externally (1 Peter 3:3-6). And he will want to be with her to help continue this process of spiritual growth in her rather than becoming a dead weight to her walk with God.

5. An Ephesians 5 Man Desires to Build a Woman Up Rather Than Beat Her Down

Ephesians 5:27, “so that he might present the church to himself in splendor, without spot or wrinkle or any such thing, that she might be holy and without blemish.”

When Adam and Eve sinned, God cursed humanity with division between men and women. In Genesis 3:16 God said to the woman, “Your desire shall be contrary to your husband, but he shall rule over you.” This means that a man at his worse will either be overly controlling because he is seeking to rule over a woman or he will be overly passive because he has succumb to the woman’s sinful desire to rule over him.

But an Ephesians 5 man will seek that beautiful harmony men and women had before sin entered the equation. He will, like Christ does for us, want to lead a woman with the desire to build her up in love rather than tear her down in selfishness.

6. An Ephesians 5 Man Desires to Join with a Woman in Such a Way Where He Considers Her Wellbeing Just Like His Own

Ephesians 5:28, “In the same way husbands should love their wives as their own bodies. He who loves his wife loves himself.”

Before the fall, there was one thing that God said was not good. It was not good for Adam to be without Eve (Genesis 2:18). Genesis 2:22-24 states:

And the rib that the Lord God had taken from the man he made into a woman and brought her to the man. Then the man said, ‘This at last is bone of my bones and flesh of my flesh; she shall be called Woman, because she was taken out of Man.’ Therefore a man shall leave his father and his mother and hold fast to his wife, and they shall become one flesh.”

7. An Ephesians 5 Man Is Able to Express His Love in Both Practical and Emotional Ways

Ephesians 5:29-30, “For no one ever hated his own flesh, but nourishes and cherishes it, just as Christ does the church, because we are members of his body.”

The words nourish and cherish here seem to point to the practical and the emotional. To nourish something invokes imagery of feeding, protecting, and providing. To cherish invokes imagery of an emotional warmness, kindness, and appreciation. The NIV replaces the words “nourishes and cherishes” with “feed and care.”

An Ephesians 5 man will not only be responsible enough to provide and protect in practical ways for a woman, he will also be emotionally mature enough to express his love for her in the way that her heart needs.

8. An Ephesians 5 Man Realizes that His Life and Relationships Are Really Meant to Bring Glory to God Above Everything Else

Ephesians 5:31-33, “‘Therefore a man shall leave his father and mother and hold fast to his wife, and the two shall become one flesh.’ This mystery is profound, and I am saying that it refers to Christ and the church. However, let each one of you love his wife as himself, and let the wife see that she respects her husband.”

In the end, an Ephesians 5 man will have a big view of God. He will know that everything in this world, including everything in his own personal life, is ultimately for the glory of God (1 Corinthians 10:31). He will desire a woman to love and enjoy. But more than that, he will desire to be married because he wants to bring God glory through his marriage.

Here are 8 ways to spot a Proverbs 31 woman. 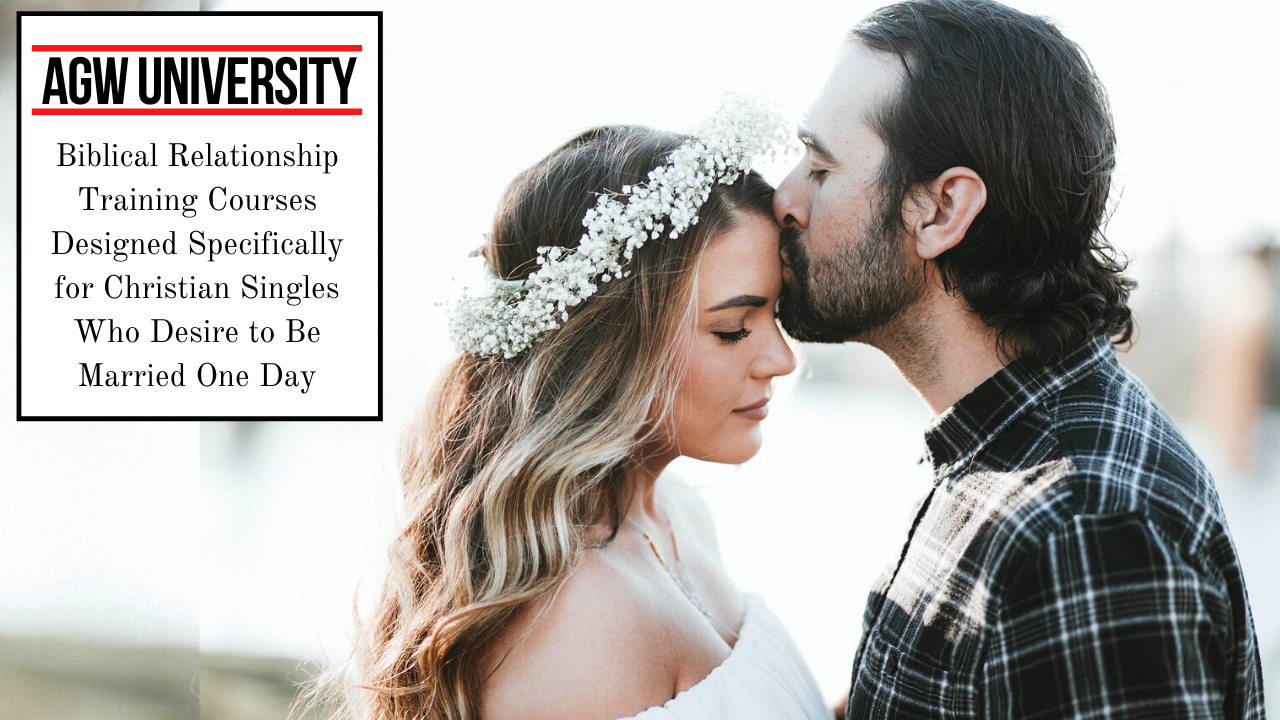