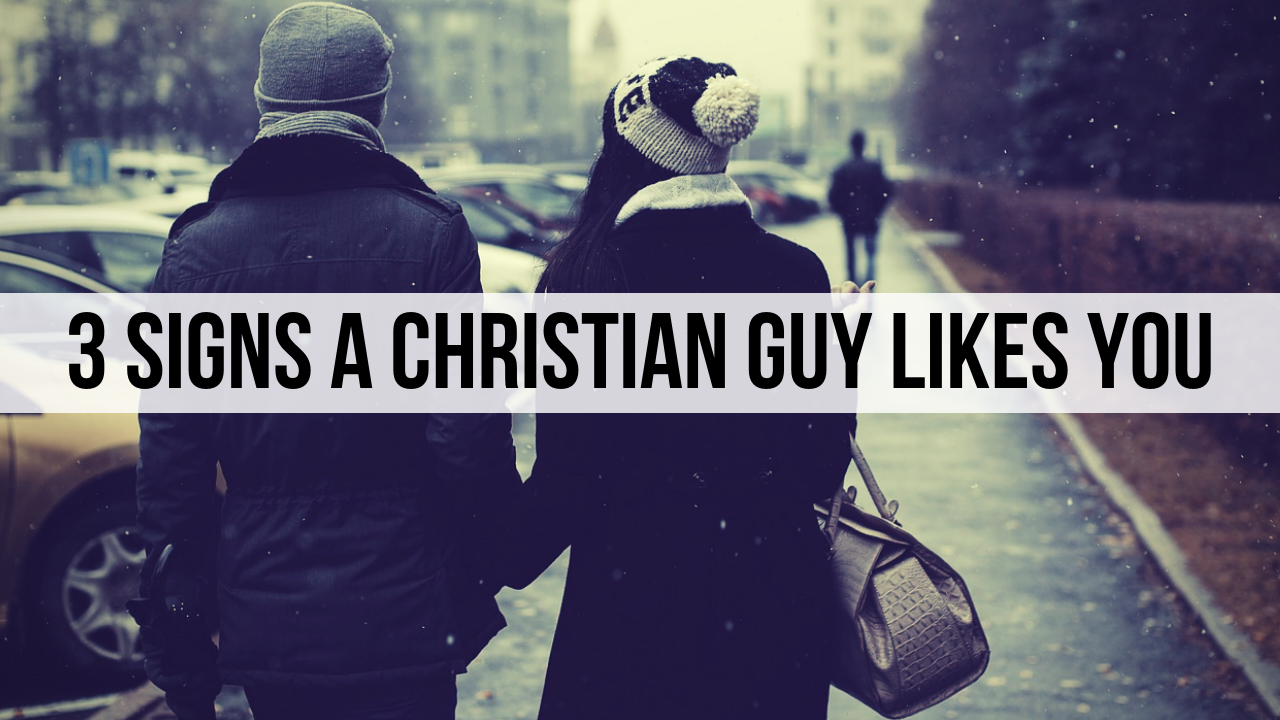 How can you know whether or not a Christian guy likes you?

In this article I’m going to share 3 signs that a Christian guy likes you. These signs are ordered with the most clear signs first and working down to the less clear signs.

The clearest sign that a Christian guy likes you is if he is actively pursuing a relationship with you and has openly shared his intentions. All the other signs besides this sign can be easily misunderstood. But if a man is open and honest with you about wanting to engage in a relationship with you, this is the best sign to look for to confirm that he does actually like you.

Ideally, every Christian man should eventually take this path when he likes a woman and he senses that she may like him too. A man who is afraid to express his honest feelings towards you is probably not ready to be in a relationship with you anyway.

Depending on the Christian guy’s beliefs in how the dating or courting season should be, some guys will not instantly and openly share their intentions for the woman that they like. Some guys feel that the best way to progress forward is to develop a healthy friendship first.

If a Christian guy is intentionally seeking to build a friendship with you, this probably means he likes you. The only exception to this is if the guy is trying to be great friends with other women too. In that case, the guy is probably a player and simply likes to emotionally orbit around women to make himself feel better about himself.

But in most cases if a Christian guy is intentionally trying to build a friendship with you, this is a good sign that he is gauging whether or not he should proceed forward into a more committed relationship with you. Through friendship he will be seeking to know whether or not you like him as much as he likes you. He will be seeing if his initial gravitation towards you is rooted in reality or if his mental image of you was inaccurate.

If He Is Using His Own Love Language with You, It Means He Likes You

I don’t want to put every man in the same box, so what I am about to say is a generalization that will not be true of all men. With that said, I believe most men are not as relationally mature as most women. Relationships, communication, and expressing feelings usually comes more natural for most women compared to most men.

Because of that, I believe most men will have a more simplified version of expressing interest in a woman. One of the simplest ways that all humans know how to express love to another is by giving an expression of love that they would like in return. It was no mistake that when Jesus was teaching us how to love he said, “You shall love your neighbor as yourself” (Mark 12:31). Jesus used this example because every human knows how they would want to be treated.

We all receive love differently. The five common love languages are words of affirmation, acts of service, physical touch, quality time, and gifts. The way someone receives love will be the way someone naturally expresses love. Since many men do not take the next step to learn a woman’s love language, they are more likely to express interest in you in the love language that they would most prefer.

The reason I’m pointing this out is because if you are only looking for signs expressed in your own love language you might miss the signs the guy is sending that show he does actually like you. So even though you might prefer words of affirmation, perhaps the guy is showing you he is interested through his acts of service. Or maybe you would know instantly that a guy likes you if he gave you a gift, but perhaps this guy is showing you that he likes you by spending quality time with you.

In short, each man will express his interest in you slightly different. So perhaps the best sign that a Christian man likes you is if he is showing you more attention than he does other people. If a man is focusing on you and being deliberate to interact with you in ways the he does not do with other people, this is probably a sign that he likes you.