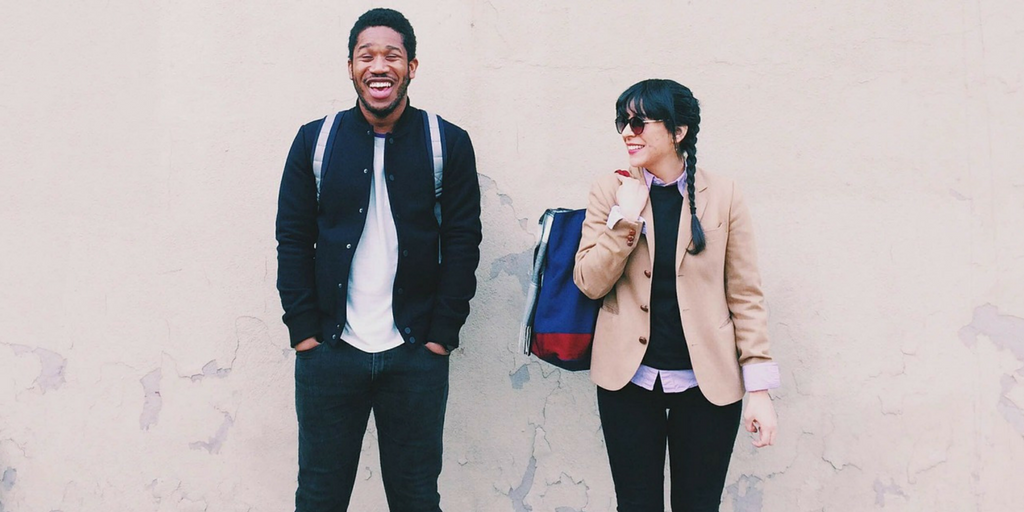 Christian single women often feel trapped by the teachings they find in church. They are told that marriage is a wonderful thing and they hear all these love stories sprinkled through the pastor’s sermon, but they are also told they must not do anything but wait to be found by the man of their dreams.

While I do believe it is a good sign when a Christian man pursues a Christian woman because this indicates he is more likely to lead in the marriage one day, I do not believe the Bible forbids a Christian woman from letting a Christian guy know that she’s interested in him and would like to date him. If you want to know more about a woman’s role in starting a Christian relationship, you may benefit from this article and video titled, “Should a Christian Girl Pursue a Guy?”

In this article, however, I am just going to skip ahead to “how” a woman can let a Christian guy know that she is interested and likes him. So here are 3 tips if you are a Christian woman who likes a Christian man.

1. If You Want to Let a Christian Guy Know that You Like Him, Talk to Him More than Usual

Honestly, it doesn’t take much for a guy to assume that you like him. Seriously, just talking to him more than you do to other guys will probably be enough for most men to start thinking you like him. The key is to talk to him more than you talk to other people. If you are just naturally social and he sees you talking to other people just as much as you talk to him, he will probably not assume that you are interested in him.

When you go out of your way to have a conversation with a guy, you are letting him know you are interested because men do not do this with each other. Girls go up to one another all the time just to chat. In general, guys do not do this. Most guys don’t enjoy small talk unless it is small talk with a woman they like. So you don’t need to go up to a guy and talk to him about your feelings towards him. In fact, if you do this you will probably scare him away unless he already really likes you.

Rather, just going out of your way to have a normal conversation with him sends him a powerful message. This is why many men get mixed signals from girls. A girl talks to him and then he asks her out.  She’s so confused by this and has to let him down and things just get awkward. So if you don’t want a guy to ask you out or you start feeling a man pursuing you but you don’t want him to, then trim back how much you talk to him.

In Ester 1:10-22 we have an extreme example of the importance of communication between a man and a woman. Queen Vashti refused to come to the king’s banquet and would not talk to him. This greatly offended the king and he never spoke with her again. This is obviously an extreme example, but we can see here how communication is a sign of pleasure in someone and silence is a sign of displeasure towards someone.

How can you let a Christian guy know that you like him? You don’t need to have a big heart to heart conversation. Just send him a casual text about something you have in common. Leave a comment when he posts something on social media. Send him an email of a YouTube video you thought was funny. Just talk to him! Some guys really are socially clueless and may not pick up on this signal, but usually just speaking to him is enough to let a Christian guy know that you’re interested.

2. If You Want to Let a Christian Man Know that You’re Interested, Encourage Him

I feel like there a lot of jokes I could make right now about how much men like hearing about their gifts and being praised by others. We can all certainly take a healthy desire for encouragement and support and turn that into a desire to be worshiped and idolized. That’s not what I am talking about here.

When a man gets married there’s nothing he wants more than for his wife to believe in him. I don’t mean that in the religious sense but rather in the relational sense. A man wants to know his woman has his back, that she trusts him, and that she believes he has something valuable to contribute to the kingdom of God. He wants his wife to be encouraging, “It is better to live in a corner of the house top than in a house shared with a quarrelsome wife” (Proverbs 21:9).

If you are able to make a man feel like you really see his gifts and value what he has to offer, he will probably be attracted to you. We all live in a world that is constantly knocking us down. Men feel the competition even more than woman because to many men, everything is a competition. If you encourage a man and let him know that you respect him, you will be a breath of fresh air to him and he will want to be around you more.

Encouraging is also a great way to let a man know that you are interested in him because you are not crossing the line. In my opinion encouragement is like the biblical way to flirt with a guy you like. Worldly flirting is about flaunting yourself in front of someone in hopes of arousing him. Biblical encouragement is letting someone know that you value and respect them. So if you want to let a Christian guy know that you like him, let him know what you like about him in an encouraging way.

3. If You Want to Let a Christian Guy Know that You Like Him, Invite Him to Spend Time With You

One day I hope to write a whole book on the importance of a woman being “inviting” to her man. But for now, just know that there is probably no better method of communicating your interest in a Christian guy than an invitation.

It’s important that you don’t invite him and then invite 10 other people too. He will not get the picture if you do that. But if he knows you specifically went out of your way to invite him, he really should get the picture that you are interested in him as more than a friend.

I believe the invitation is such a powerful tool for a Christian woman who wants to let a guy know that she’s interested because this allows her to send a clear message without having to clearly say, “I like you. Will you go out with me?” I know what I’m saying sounds a lot like asking a guy out, but I do think there is a difference. An invitation is simply you letting a guy know that you would like to spend time with him. You don’t have to call it a date or define your intentions. You don’t have to explain the motivations of your heart or the hopes you have for this relationship. Just a simple invitation is all that’s needed.

If a guy likes you, he will gladly accept. If he does, let him take it from here and do not pursue him and chase him around. Let him lead and let him initiate after you set things up initially. If he accepts but then just wants you to keep pursuing him and doing everything, this is not a good sign. You don’t want to chase a guy around as this is a sign he is passive and is not ready to lead you like you desire. If you go out and have a great time, wait for him to make the next move. Don’t invite him again until he initiates something first this time. If he’s interested, he should pursue you at this point.

If he does not accept your invitation, it probably means he is not interested in you. An invitation is a tactful way for a woman to express interest in a man because it leaves him room to politely decline without feeling the pressure of hurting your feelings too much like he would feel if you just came out and said, “I really like you and want to date you.”

If he says no, it won’t be awkward next time you see him. It is what it is. No big deal. You should feel good about doing something rather than just waiting around wondering if a guy likes you or not.

I would not just openly tell a guy you like him unless you just have to. In my opinion, the only reason to just tell a guy that you like him is if you think he is too socially and relationally clueless.

Some great Christian men really just don’t get relationships. They will make a great husband one day but they are not going to be counseling anyone on how to date or how to have a successful marriage. They will love their woman, protect their families, faithfully go to work every day, and they will continue to grow as godly men. But many guys just won’t ever be relationship experts. You don’t need to be a relationship expert to be a great husband. In fact, you should not expect your man to understand relationships like you do. Most guys just won’t be that socially advanced. But most know enough to sense when a girl is sending him a signal.

So again, unless you think he just isn’t getting it, I would not have an open conversation about it. The reason I say that is because he is probably not responding to your signals not because he doesn’t get it but probably because he doesn’t like you. The beauty of sending signals as a woman is that you give the guy the freedom to say no without making it awkward for you and him. An open conversation about it seems kind of pushy and puts pressure on a guy. The same goes for a long letter explaining all your hopes and dreams for the two of you.

Lastly, don’t wait too long for his response to your invitation. Don’t chase him around if he showed a little interest at one point but now is not. Send him some clear signals and take his lack of response as his answer, “Not interested.”

By being more active and letting a guy know that you are interested, you are putting yourself way ahead in the game. The odds of you actually getting into a Christian relationship if you are just waiting to be found and doing nothing are drastically smaller than when you are more proactive.

Be tactful, but don’t be afraid to let a Christian guy know that you are interested by sending him some helpful signals.