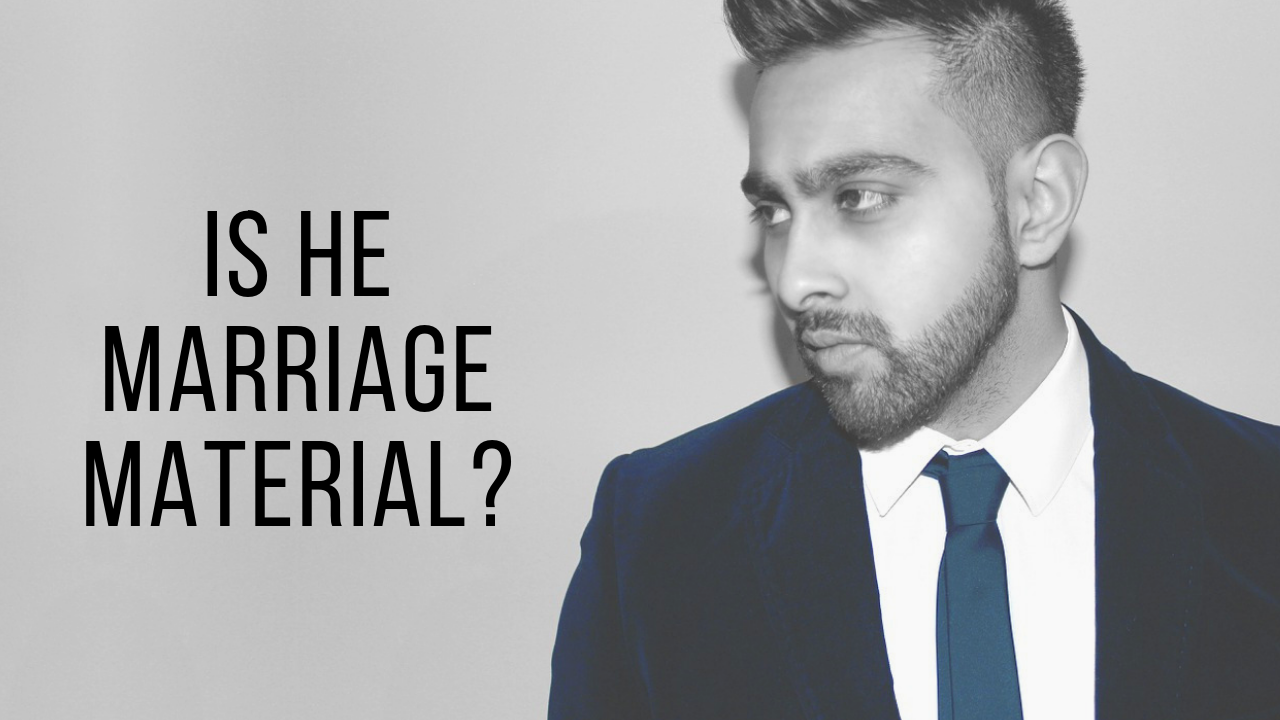 How can you tell if a man is ready for marriage? What qualities should you look for while he is single if you want to know if he will be a good Christian husband one day?

Here are 3 signs a man is marriage material.

He Is Marriage Material If He Puts Others Above Himself

Ephesians 5:25 states, “Husbands, love your wives, as Christ loved the church and gave himself up for her.” A man is not ready to be a husband if he is consumed with himself. A husband and father take responsibility for their wife and children. When they wake up in the morning, their first thought is not their own needs. He feels the healthy, joyful weight of making sure his family has what they need.

A man who marries a woman with the hope of her satisfying all his needs will sabotage his own marriage. But a man who enters into his marriage with the hope of serving and satisfying his wife will reap the reward of a joyful life, “It is more blessed to give than to receive” (Acts 20:35).

Colossians 3:19 states, “Husbands, love your wives, and do not be harsh with them.” All Christians are called to not be harsh. So why does Paul make a special note of this when giving instructions to husbands?

Because a husband’s gentleness is an extremely important part of the equation for a healthy marriage. Also, men typically struggle with harshness more than women on average. This isn’t always the case, but a man is physically stronger than a woman (in general) and therefore in sin many men exercise dominance over their wives.

Therefore, a man is prepared for marriage if he has learned self-control and is not harsh. Certainly all men and women fail and sin. So no man will be perfectly self-controlled and never harsh. However, what is his normal behavior like? If he has a pattern of harshness and a lack of self-control, he is not marriage material.

He Is Marriage Material If He Is Looking for an “equal partner in God’s gift of new life.”

1 Peter 3:7 (NLT) states, “In the same way, you husbands must give honor to your wives. Treat your wife with understanding as you live together. She may be weaker than you are, but she is your equal partner in God’s gift of new life. Treat her as you should so your prayers will not be hindered.”

A man is ready for marriage when he understands what a Christian wife actually is. She is not a cook, a maid, a sex fantasy, a girlfriend, or an obedient follower. She is an equal partner in God’s gift of new life. A man and woman are different, but Genesis 1:27 says both were made in the image of God. When a man and woman come together in marriage, their unique maleness and femaleness complement one another so they can display the image of God even more accurately than they can alone.