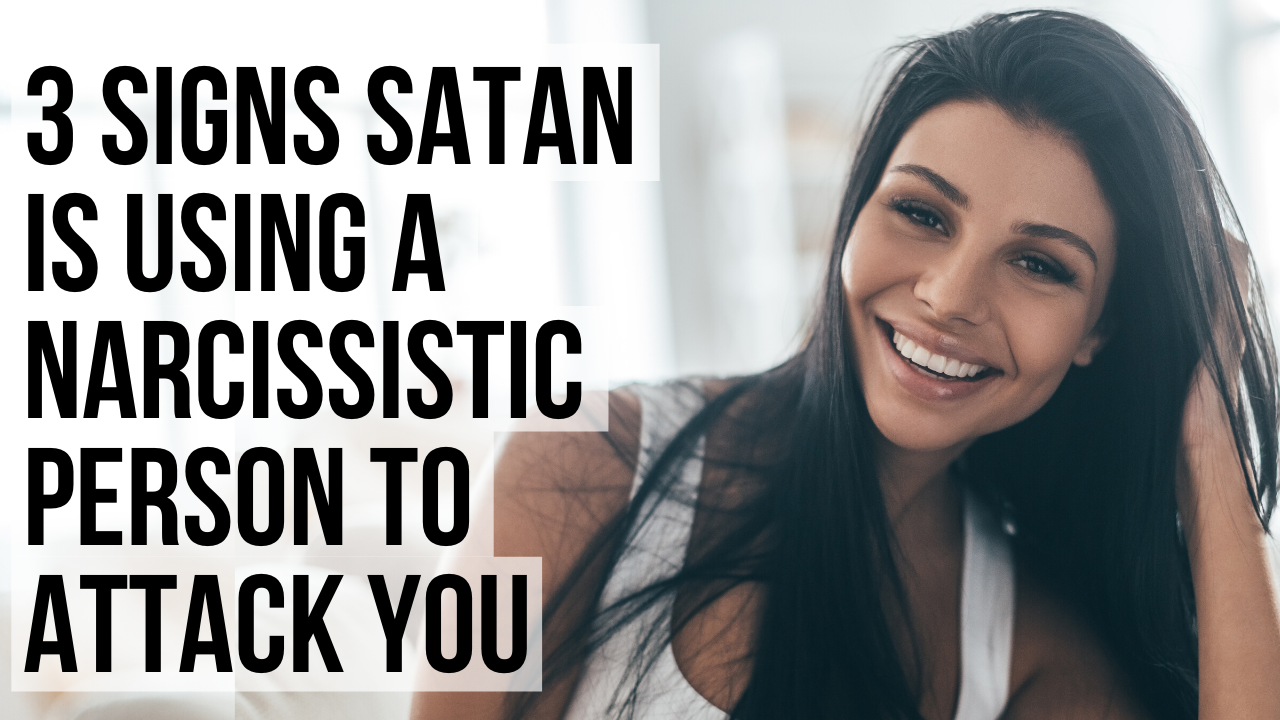 Here are 3 signs Satan is trying to use a narcissistic person to attack you.

1. If Someone Is Seeking to Be Idolized By You, This Is a Sign Satan Is Using a Narcissist to Attack You

Sometimes we are tempted to idolize someone because of our own desires and misconceptions. But there are those in the world who actually seek to be idolized and do what they can to tempt others into committing this sin. Satan wants us to serve anyone or anything other than God. So he will often tempt other people to come up with ways to be idolized by others. When someone indulges in narcissism, they are an easy target for Satan’s manipulation.

Certainly we all make our own choices and we are responsible for our own sins, but notice what it states in 2 Corinthians 11:13-21. It reads:

For such people are false apostles, deceitful workers, masquerading as apostles of Christ. And no wonder, for Satan himself masquerades as an angel of light. It is not surprising, then, if his servants also masquerade as servants of righteousness. Their end will be what their actions deserve.

I repeat: Let no one take me for a fool. But if you do, then tolerate me just as you would a fool, so that I may do a little boasting. In this self-confident boasting I am not talking as the Lord would, but as a fool. Since many are boasting in the way the world does, I too will boast. You gladly put up with fools since you are so wise! In fact, you even put up with anyone who enslaves you or exploits you or takes advantage of you or puts on airs or slaps you in the face. To my shame I admit that we were too weak for that!”

Notice it states that just like Satan, sinful people who follow Satan also try to portray themselves as “servants of righteousness.” To detect them we must pay more attention to their actions than their mere words. Paul speaks “as a fool” to make the point that there are people in the world who have bad intentions towards us. There are narcissistic people who want to enslave you, exploit you, take advantage of you, and abuse you.

Therefore, we must not allow ourselves to be fooled by these narcissistic minions of Satan.

2. If Someone Is Using You as a Stepping Stone to Lift Themselves Even Higher, This Is a Sign Satan Is Using a Narcissist to Attack You

Jesus said in John 15:13, “Greater love has no one than this, that someone lay down his life for his friends.” Proverbs 17:17 states, “A friend loves at all times, and a brother is born for adversity.” 1 Thessalonians 5:11 says, “Therefore encourage one another and build one another up, just as you are doing.”

I’m sure you can see the theme here. True friendship is about mutual love, it’s about building one another up, and it’s about helping one another when there is a need. There are those, however, who pretend to be for you only so they can use you for their own selfish purpose. They take and take and want you to bow down so they can step on your back and exalt themselves.

Then Satan entered into Judas called Iscariot, who was of the number of the twelve. He went away and conferred with the chief priests and officers how he might betray him to them. And they were glad, and agreed to give him money. So he consented and sought an opportunity to betray him to them in the absence of a crowd.”

Notice that when Satan had entered Judas, Judas didn’t become a satanist. Rather, he acted selfishly, doing what was best for himself rather than loving Jesus as a true friend would. Likewise, when Satan is tempting a narcissist to attack you, their attacks will not be so obvious or openly satanic. Rather, they will be marked by selfishness.

3. If a Narcissist Is Tempting You to Be Narcissistic Yourself, This Is a Sign Satan Is Using This Person to Attack You

Sometimes the danger of being close with a narcissist is not that this person directly mistreats you but rather they are teaching you to act like them.

Perhaps you are being trained in your sales job by a narcissist and this person is teaching you how to connive and get ahead by any means necessary. Perhaps your boyfriend or girlfriend actually treats you okay but behind closed doors their ruthlessness and selfishness towards everyone else is actually beginning to tempt you to act the same way as them. Or perhaps you are in a dysfunctional relationship with a narcissist who mistreats you constantly but rather than breaking up with them you start playing their own game but even better than them and thus start manipulating them in selfish ways as well to get what you want in the relationship.

Whatever the case may be, if a narcissistic person is in your life, eventually their bad character will negatively affect your character one way or the other, for as 1 Corinthians 15:33-34 (NIV) states:

Do not be misled: ‘Bad company corrupts good character.’ Come back to your senses as you ought, and stop sinning; for there are some who are ignorant of God—I say this to your shame.”

May we not be negatively influenced by those who are ignorant of God. Rather, may we be influenced by other brothers and sisters in Christ who desire to love as Jesus loves.