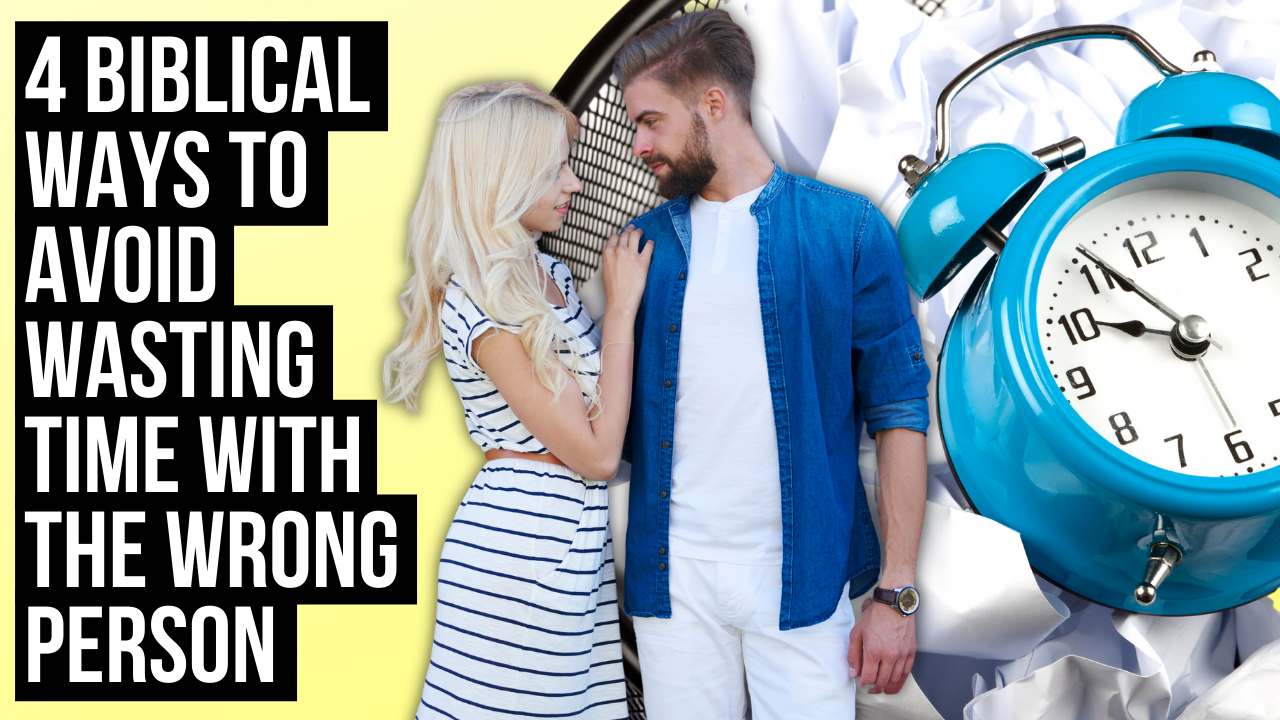 Do you worry about meeting someone who seems great but then you just end up wasting time with them because God doesn’t want you with this person?

Here are 4 biblical ways you can avoid getting connected to the wrong person and wasting your time with them.

1. Early in the Relationship Connection, Express Your Desire to Avoid Premarital Sex

When you express your desire to want to honor God with your sexuality before marriage, this won’t be a shock to a real Christian. That is just a basic biblical command all true Christians want to follow (1 Corinthians 6:18). But if you say this to someone who is just pretending to obey the Bible, they will leave you quickly because they will not be willing to wait until marriage for sex. If they leave you, this is good. If you stayed with them, you would be wasting your time anyways because this is not who God wants you with.

For example, if someone was responsible and hard working in singleness, they will become even more responsible and hardworking when they get married and start a family because the new demands will call them to a higher standard. However, if someone was lazy and irresponsible in singleness and they get married and have kids, the new demands will only highlight their laziness and lack of a work ethic even more.

So if you want to avoid wasting time with someone, talk about your sexual ethics within the first few dates with them. This will weed out the fake Christians really fast.

2. Get Clear on the Biblical Requirements for a Spouse

A lot of people have a list of requirements, but few people actually know what the Bible requires for Christians when it comes to choosing a spouse.

I believe there are basically three biblical requirements someone needs to have if you are a Christian:

Everyone will have more requirements on their personal list, which is fine. But you can avoid wasting time with someone by making sure this person at least checks these three minimum biblical boxes for marriage.

3. Trust What People Say (Until They Give You a Reason Not to), But Also Verify What They Say By Looking for Supporting Evidence

It can be confusing in singleness to know who you should trust and who you should not. One way to simplify things is to accept there are many steps in between not opening up at all and totally opening completely. In wisdom, you should trust people in an increasing way the more evidence you see of their trustworthiness.

If you assume everyone is a liar, you will never get to know trustworthy people. If you assume everyone is trustworthy, you will get taken advantage and waste time with people you shouldn’t be with. So start by trusting people at an appropriate level but also verify what they are saying as you spend more time with them. Pay attention to the details they are saying and don’t ignore it when evidence disproves their previous words. As Romans 16:17-20 explains, someone can deceive you with words. But when you see their obedience to the Lord that matches their words, then you know they are trustworthy.

I appeal to you, brothers, to watch out for those who cause divisions and create obstacles contrary to the doctrine that you have been taught; avoid them. For such persons do not serve our Lord Christ, but their own appetites, and by smooth talk and flattery they deceive the hearts of the naive. For your obedience is known to all, so that I rejoice over you, but I want you to be wise as to what is good and innocent as to what is evil. The God of peace will soon crush Satan under your feet. The grace of our Lord Jesus Christ be with you.” (Romans 16:17-20)

4. Make Clarity, Not Marriage, the Goal of Dating

Through dating, you should be trying to figure out if God wants you to break up and go your separate ways or if you should get married and move forward together. When you have a bad goal for dating and you are making it your aim to marry this person no matter what you see through dating them, you will often end up wasting time with someone God does not want you with.

As Jeremiah 33:3 states, “Call to me and I will answer you, and will tell you great and hidden things that you have not known.”

Here’s an article where I talk more about the goal of dating: Marriage Should Not Be the Goal of Christian Dating.