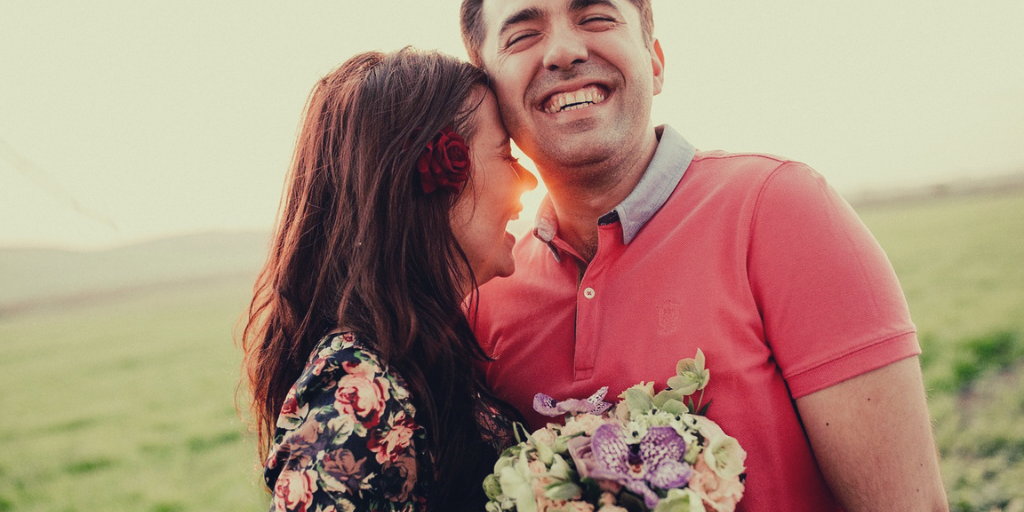 Just because a man is pursuing you does not mean he is serious. There are many guys who know what to say to a Christian woman to make her feel like things are going well simply so he can try to use her for his own selfish pleasures.

So here are 4 signs that a Christian man who is pursuing you is actually serious.

And on a quick side note, some of these signs can also apply for men trying to figure out if a woman is serious as well, but I will do another article in the future for more specific signs about women.

1. When a Man Is Serious About You, He Will Not Send Mixed Signals

It is very normal for things to be confusing before a relationship starts or right at the beginning of a relationship. A woman should not expect a man to express undying love right at the beginning of a relationship before he really gets to know her. In fact, when a guy comes on too strong and too quickly, this is actually a red flag in Christian dating. Usually when this happens it means he is not taking his commitment seriously enough and he is just saying whatever he feels like saying in the moment rather than really weighing through his commitment.

So you should not expect a good man to commit his life to you before he really gets to know you. With that said, one sign that a man is serious is that he will not send you mixed signals. While a man does not need to express deep love right away, he should express his current feelings for you in a clear and non-confusing way.

If he is interested in getting to know you more, this will be clear by his words and actions. If he wants to enter into an official dating or courting relationship with you, he will clearly express this to you. Overall, a man who is serious about you will make his current level of interest in you clear and obvious.

If he keeps things confusing, if he pursues you one week and then disappears the next week, or if he is constantly ebbing and flowing in his excitement towards you, this usually means he is not that serious about you.

2. When a Man Is Serious About You, He Will Make Sure His Own House Is in Order First

Good Christian men feel the weight of responsibility that comes along with leading his wife and raising a family. A godly man who desires to obey the word of God when he becomes a husband and father one day will not take these responsibilities lightly. In his singleness, he will plan to be a good provider in the future. He will work on his character defects so he will be able to function well in marriage one day. And he will make life decisions now that will benefit him one day in the future when he has the responsibility of leading his wife and children.

In short, if a man is truly serious about entering into a relationship with you, he will make sure his own house is in order first. He will think about his future with you to make sure he is ready for it, for as Jesus said in Luke 14:28, “For which of you, desiring to build a tower, does not first sit down and count the cost, whether he has enough to complete it?”

No man is perfect. His salary is not the gauge of his character. He will grow with the woman he marries as times goes on. But when a man is serious about a woman, he will get to a certain level of maturity and adulthood so he is ready to marry the woman God has for him.

He can be a young man. He can be a flawed man. He can be a man in the process of growing and maturing in Christ. But he must be a man and not an adolescent. It takes a man to lead a strong Christian woman. If he is serious about you, he will make sure he is developing into a man before he pursues you.

3. When a Man Is Serious About You, His Passion Will Be Governed By His Wisdom

The problem with Hollywood romance is that it is devoid of consequences. People have sex with anyone they want before marriage and nothing bad ever happens to them. They profess their love quickly but then the movie doesn’t show the couple after 50 years of the hardships of real marriage. Romance in the movies is all about being led by passion and doing whatever you want when you want.

But real love doesn’t work like that. Every cause has an effect. Every action has a reaction. The Bible says in Galatians 6:7-8 that when we live to please the Spirit, we will reap eternal life; but when live to please the flesh, we will reap destruction. A man of God recognizes this truth in life and therefore he is not led only by his passions but also by wisdom.

Proverbs 9:9-10 states, “Give instruction to a wise man, and he will be still wiser; teach a righteous man, and he will increase in learning. The fear of the Lord is the beginning of wisdom, and the knowledge of the Holy One is insight.” It might be fun and exciting when a man pursues you by throwing caution to the wind and lives on impulse, but a godly man will love you through his wisdom. He will have passion for you but his passion will not control him and lead you both into sin.

When a godly man is serious about you, he won’t just pursue you passionately – he will also pursue you wisely. His passion for you will be controlled by the godly wisdom he has gained through the Holy Spirit and through studying the word of God.

4. When a Man Is Serious About You, He Will Be Marriage-Focused Rather Than Dating-Focused

The Bible does directly condemn or condone dating. The Bible does not directly talk about dating at all. Does this mean that we cannot go to the Bible to figure out how to date in a godly way? Of course not!

While the Bible does not say anything directly about dating or courting, there are many Scriptures that can be applied to the dating process. One truth that is in the Bible that is very important for Christian dating is that intimacy and commitment must always be paired together. This truth can be seen most clearly in all the Scriptures that explain how sex should only be used in marriage. Sex is one of the most intimate acts two humans can do, therefore it should always be paired with the biggest commitment a man and woman can make with each other – the marriage vows.

A man who wants a girlfriend is not that serious about the woman he is pursuing. But a man who desires to have a godly wife is serious. As we discussed in point 3, a mature Christian man will pursue a woman with wisdom, so I am not saying he should rush into marriage and skip the dating or courting phases. But I am saying he will not be content to date forever. Rather, when a man is truly serious about the woman he is pursuing, he will also be serious about getting married when the time is right.