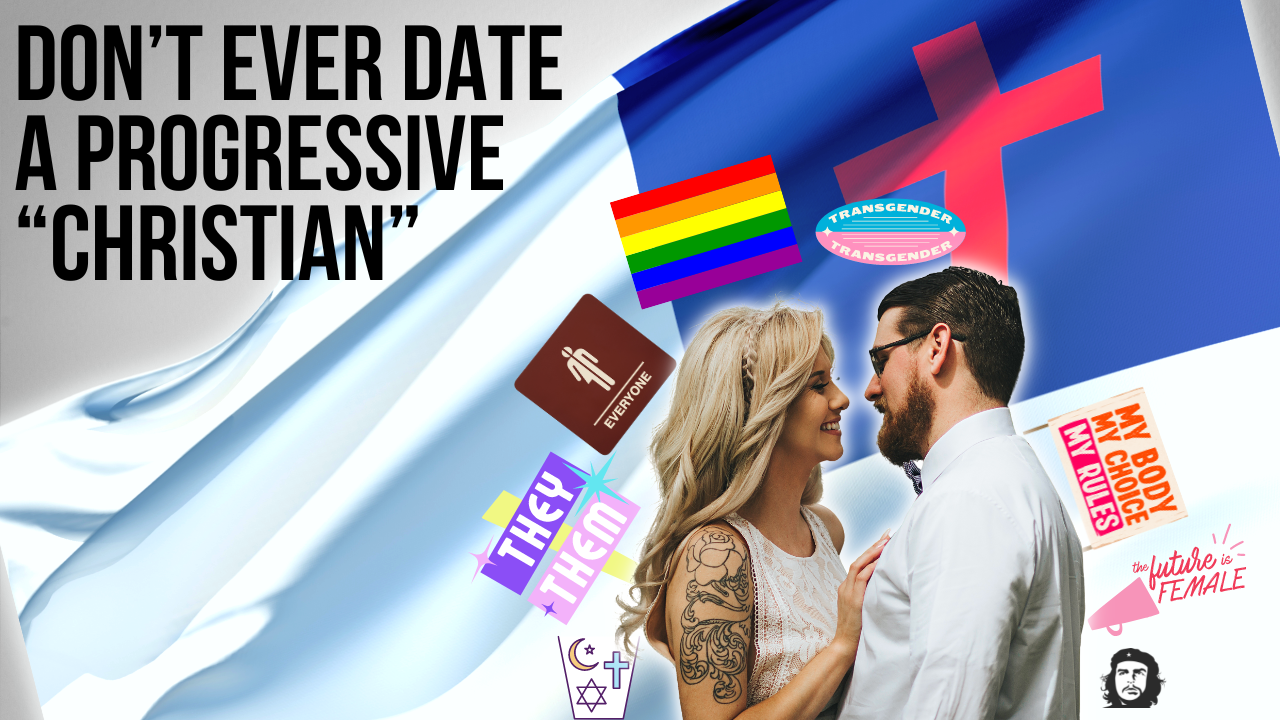 Here are 5 reasons you should never date a progressive Christian.

I say that because whenever you listen to progressive Christians, it’s clear they’ve almost always been hurt by the church. Some of these “hurts” are simply the shame they feel for their own sins, but some of these hurts are from real spiritual abuse they’ve witnessed firsthand.

The reason you should never date someone like this is because whenever there is a real issue in your relationship, these people will respond with sinful solutions. If you have premarital sex and get pregnant, a progressive Christian will see abortion as an option. If your marriage gets hard, they will say you can divorce just because you want to, even if there is no biblical justification to do so. If you get married and have kids and one of your children begins to explore homosexuality, they will affirm this rather than explain what the Bible says. If male authority figures are being abusive, they will say the whole system of male leadership is unbiblical.

Real Christians address real problems, but they use biblical solutions rooted in the gospel. In short, progressive Christians are hurt people who end up hurting more people with their evil solutions. Their pain is often valid, but their solutions are invalid. They are wounded and in their pain they preach progressive Christianity, which is not true Christianity. They’ve been hurt by other Christians, but in their efforts to find a solution, they have rejected the true Christ.

2. Never Date a Progressive Christian Because They Don’t Believe in Real Marriage and They Reject Biblical Roles for Husbands and Wives

The Bible is very clear that God made marriage, not man (Matthew 19:4-6). Therefore, God gets to define what real marriage is, and God has made clear in his word that real marriage is between one man and one woman (Genesis 2:24). Not only did God design marriage for just one man and one woman, he also gave both the husband and wife different roles within the marriage, both of equal importance but different (Ephesians 5:21-33).

Progressive Christians fundamentally reject these truths. Not only do progressive Christians accept all forms of unions (men with men and women with women) as real marriages, they also completely reject the idea that men and women are different and have different roles in the church and in the family. Of course Christians must love the lost and treat everyone with respect, but we must also never condone sin that is clearly outlined as sin in the Bible.

Therefore, if you are a Christian who wants to be in a loving marriage where the husband sacrificially leads like Christ does for the church and where the wife lovingly respects her husband as the church submits to Christ, then this will be impossible if you date and then marry a progressive Christian.

Progressive Christians worship oneness and unity with the world, forgetting that God has called his people to reject sinful worldliness (James 4:4) and embrace holiness (1 Corinthians 6:9-11, 2 Corinthians 6:14-18).

3. Never Date a Progressive Christian Because They Are Carnal Lovers of Sexual Sin

Progressive Christians reject the idea of sin and the consequences of sin (Romans 3:23). They don’t believe everyone was born with a sinful nature (Psalm 51:5, Romans 6:12-21). Thus, they are also rejecting their need for a savior. If there’s no death for sin, you don’t need the true Jesus to save you (Romans 6:23). And if the unregenerate human heart is actually good rather than wicked (Jeremiah 17:9, Ezekiel 36:26), any desire you have can be justified as good. All this can be seen most clearly when it comes to sexual sin.

Progressive Christians get really riled up about sexual sin. They love it so much that they are willing to warp their minds to believe God loves it too. When they commit sexual sin themselves, they feel guilty. Instead of turning to Christ for freedom, they try to erase their guilt by stating there is no such thing as sexual sin so they can keep enjoying their sin. Instead of confessing their sin and obeying God’s rules through grace so they can ease their conscience and be forgiven, they just try to change God’s rules to ease their conscience and act like they don’t need forgiveness.

This is one of the reasons the sinful world (1 John 2:15-18) is so passionate about the LGBTQ agenda being accepted by everyone. Most people are heterosexual. But they have their own private sexual sin, and if homosexuality is accepted as not sin, they then feel better about their preferred personal sexual sin too.

The world hates to feel guilty for their wicked deeds. Thus they try to cancel anyone who might be triggering their feelings of guilt. To do whatever they want without guilt, they justify almost all forms of sexual pleasure. Instead of seeing guilt for their sexual sin as a sign they are not following God, they see their guilt as the fault of an oppressive system that is making them feel guilty.

People who come from an evangelical background often get sucked into this progressive propaganda because it sounds similar to the phrase “a personal relationship with Jesus Christ.” Bible-lite churches have used this phrase so much without also giving people a more thorough doctrine of salvation that when their youth become adults, they are sucked in by progressive Christians also emphasizing the need for “personal truth.” This phrase “personal truth” or “your truth” sounds so close to “a personal relationship with Jesus” that they just go with it.

But to have a personal relationship with Jesus Christ is different than creating your own personal Jesus made in your image. Yes, the truth must become “your truth,” meaning it must become personal and real to you. But there is one truth and thus there are other false truths. As 3 John 1:3-4 explains, “For I rejoiced greatly when the brothers came and testified to your truth, as indeed you are walking in the truth. I have no greater joy than to hear that my children are walking in the truth.” If “your truth” is not the same thing as “the truth,” your truth is wrong.

This is so important to realize when it comes to relationships because a progressive Christian will use their feelings to interpret the Scriptures however they want:

Progressive Christians love to change the meaning of words. They reject the biblical definition of love, faithfulness, and covenant and do whatever they feel like doing. It’s not a religion of biblical faith but of following your own feelings.

5. Never Date a Progressive Christian Because They Are Not True Christians and You Will Be Unequally Yoked

In the end, I believe progressive Christianity is like trying to brush your teeth while eating Oreos. It’s like trying to get clean as you wallow in the mud. It’s like saying you love someone but never getting to know the person you say that you love.

They want their sin and their Savior to coexist in the same house together. But Jesus hates sin, which is why he paid the ultimate price on the cross to defeat the death we all deserve and to give us new life lived in obedience to him (2 Corinthians 5:17-21).

Progressive Christians say they believe in Jesus, which is why they still use the word “Christian” in their title. But they also refuse to say that Jesus is the only way to God. But the true Jesus said this about himself, “I am the way, and the truth, and the life. No one comes to the Father except through me” (John 14:6). Thus, when they reject the truth that Jesus is the only way to God, they are rejecting the true Jesus. As 2 John 1:9 states, “Everyone who goes on ahead and does not abide in the teaching of Christ, does not have God.”

So the reason you should never date or marry a progressive Christian is because they are not real Christians, and God’s people must not be unequally yoked with unbelievers (2 Corinthians 6:14, 1 Corinthians 7:39). 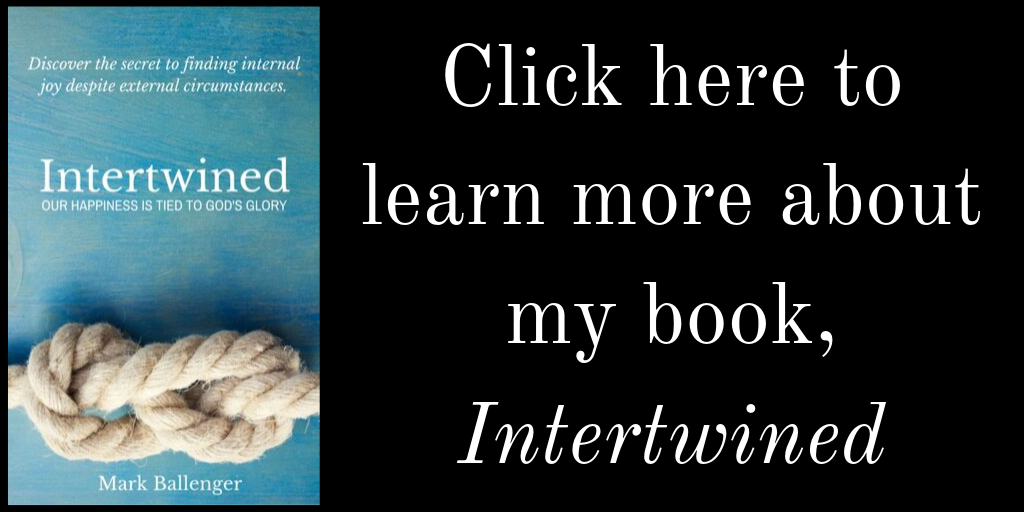