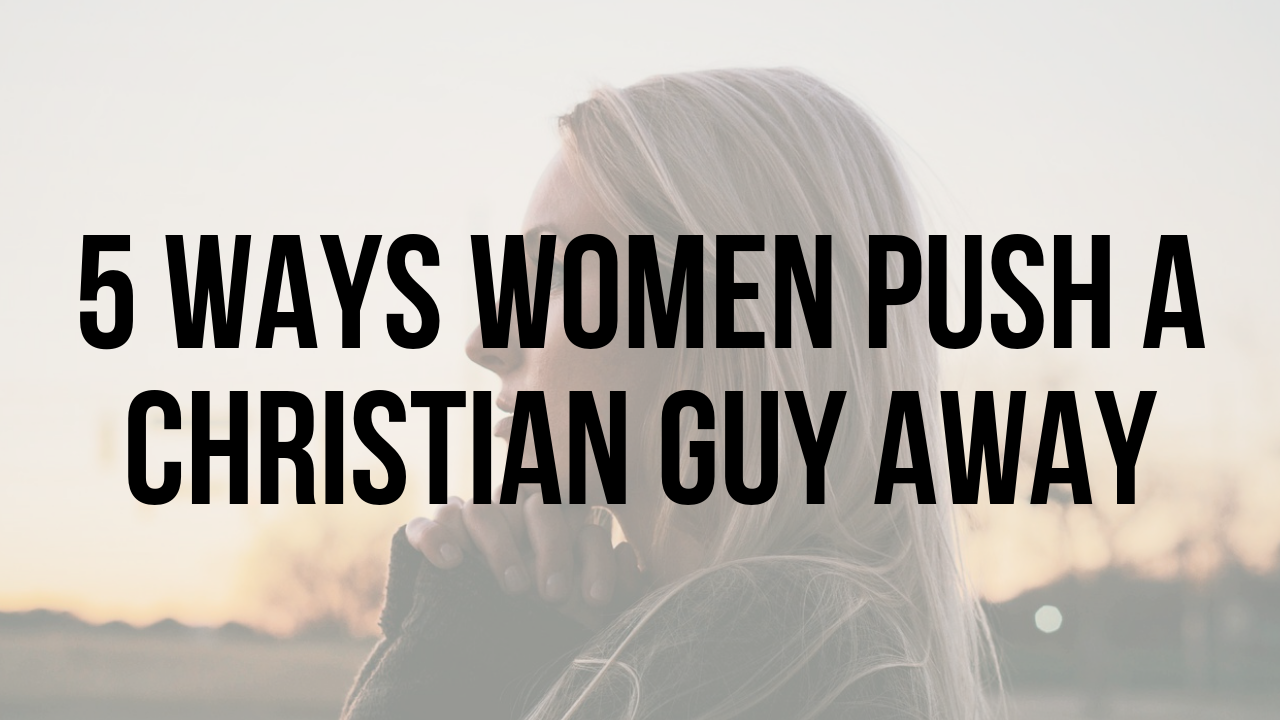 Here are 5 common ways to push a Christian man away from you.

While a Christian guy is responsible for pursuing you, you are responsible for responding to him. If he expresses interest and you actually do like him but he walks away wondering how you feel, you probably did something wrong. If you expect a guy you like to risk getting rejected when he pursues you, you need to reward him with a clear answer about how you feel once he does pursue you and risks rejection.

If you expect him to keep pursuing you even though you are showing him limited interest in return, you are mistaken.

One of the easiest and most common ways to push a Christian guy away is to make him think you are interested in someone else. If a guy thinks you have feelings for another guy, he will most likely not pursue you.

Some common ways you might incidentally send him a message that you like another guy is by remaining friends with your ex-boyfriend, spending all your time with a certain guy friend, or just being very flirtatious with other men.

So if you get mad at a guy for something he did, that doesn’t mean this will always push him away. A good man will want to deal with issues as they come up in the relationship. However, a good Christian man will not want to continue a dating relationship with someone that gets mad but refuses to talk about why she is mad.

If you expect a guy to read your mind and guess why you feel the way you do, that’s going to push him away.

The other points we’ve discussed so far are pretty true of all guys, not just Christian guys. But if you hope to marry a good Christian man one day, this means you are looking for a man who puts Christ before everything else. If you hope to be with a man who is like this, you will need to be a woman who is also putting Christ before everything else.

Not only will a good man look for a woman who is putting Christ first, he will also expect her to put Christ before him. A Christian man will be scared off by a girl who will sacrifice her relationship with Jesus for a relationship with him. He will be attracted to her more, however, when she prioritizes her walk with God even above him.

While many women say they really want a Christian man, sometimes the reality of a man like this can be more than they bargained for. A Christian man will sacrifice for God. He will give his money to God. He will spend his time serving God. He will refuse to engage in sinful moments of intimacy.

If you get mad at him for anything that he does for God, you will certainly push him away. He won’t want to feel bad about serving at church, tithing, or spending time serving those in need. Certainly there needs to be balance. If he is going to be in a relationship with you, you will need to be prioritized in his life. But a Christian man will want a partner in ministry; he will not want to marry a woman who wants to be his ministry.