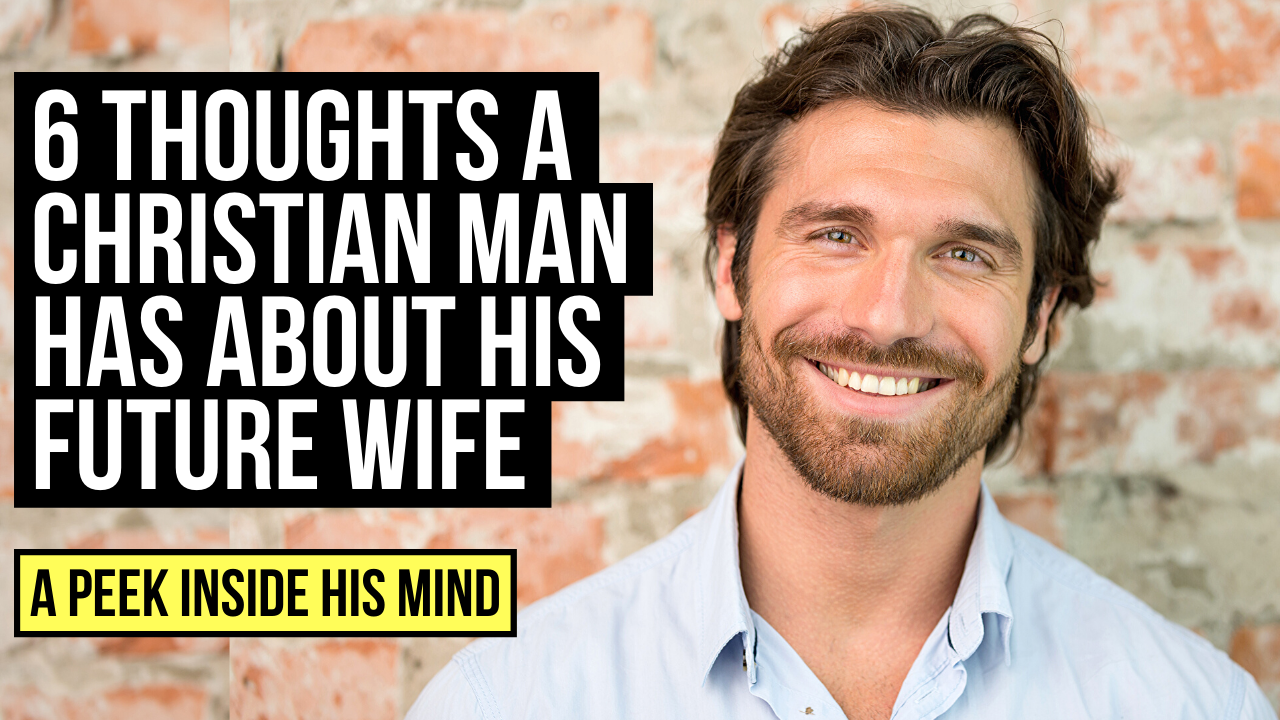 In this article, I will reveal 6 of the top desires Christian single men have for their future marriage. I’m sure much of this content crosses over between men and women, but in this article I’m simply trying to give a peek behind the curtain from a male perspective.

1. Christian Single Men Want Their Future Wife to Be Their Best Friend

Men do not typically need as many friends as most women do. However, they typically need a few friends that they are really close with. One of the main hopes for a Christian single man is that he and his wife will be close companions. He wants to be best friends with his future wife.

When a Christian single man reads Ecclesiastes 4:9-12, he thinks about his future wife:

Two are better than one, because they have a good return for their labor: If either of them falls down, one can help the other up. But pity anyone who falls and has no one to help them up. Also, if two lie down together, they will keep warm. But how can one keep warm alone? Though one may be overpowered, two can defend themselves. A cord of three strands is not quickly broken.”

2. Christian Single Men Dream of Adventures and Fun in Their Future Marriage

If you want to know something about men, you first need to start by observing little boys. As much as we try, there is still a little boy in all of us. I don’t mean that in a bad way or in an immature way. I mean that the life, joy, and playfulness that all little boys have is still somewhere in the heart of a man.

Yes, a man wants to be successful in his career. He wants to be respected by older men and women. He wants to have serious conversations with his wife at times. A godly man will know he needs to take responsibility for relationship issues and remain faithful no matter what in marriage.

But when a Christian single man imagines marriage, a large part of him thinks about the fun he and his wife will have. As Proverbs 21:19 explains, “It is better to live in a desert land than with a quarrelsome and fretful woman.”

A godly man will know he has to fight through the trials in any relationship, but if a dating relationship is too emotionally exhausting and he doesn’t feel like there is any fun happening, it is unlikely he will marry that woman.

Most humans have a desire for sexual experiences. On average, men typically desire sex with a greater intensity and frequency than most women. The same trends are true among Christians.

When Christian guys struggle with sexual sin in singleness, one of the longings they think about is to be able to have shame-free sexual intimacy with their wife one day. They long for the day when they do not need resist their sexual urges but rather can express them in the way God intended – with their wife.

Christian single men can identify with Proverbs 5:18-19 when they think about their future marriage, “May your fountain be blessed, and may you rejoice in the wife of your youth. A loving doe, a graceful deer— may her breasts satisfy you always, may you ever be intoxicated with her love.”

4. Christian Single Men Long to Be Needed By Their Future Wife

Sadly in our culture, “responsibility” has actually become a negative word. People see it as chains they cannot escape and young men often run from responsibility in fear.

A good Christian man, however, will realize that God has made him to embrace responsibility and take on the joy of protecting and providing for his wife and family. When a Christian single man thinks about the future, he dreams about being a great provider and leader for his family. Ephesians 5:25 states, “Husbands, love your wives, as Christ loved the church and gave himself up for her.” For a man to enjoy following this command as it was intended, a woman has to allow herself to let him sacrificially love her.

If a woman refuses to depend on a man in healthy ways, that man will not be as connected to her as he could be. When a woman lets a man know that she needs him, this is very attractive. When Christian single men imagine their future marriage, they dream about being needed by their wife in healthy and biblical ways.

5. Most Christian Single Men Want to Start a Family and Be a Great Dad

Nonetheless, most Christian single guys have a deep longing to be great dads one day. As Psalm 127:3-5 states, “Behold, children are a heritage from the Lord, the fruit of the womb a reward. Like arrows in the hand of a warrior are the children of one’s youth. Blessed is the man who fills his quiver with them!”

6. Christian Single Men Long for a Spiritual Partner to Seek God With

When a Christian man is walking with God, he will put Christ first at all times, including in the dreams he has for his future marriage one day.

For more on this topic, you may want to read: 6 Things Every Christian Woman Needs to Know About Men Before Getting Married.