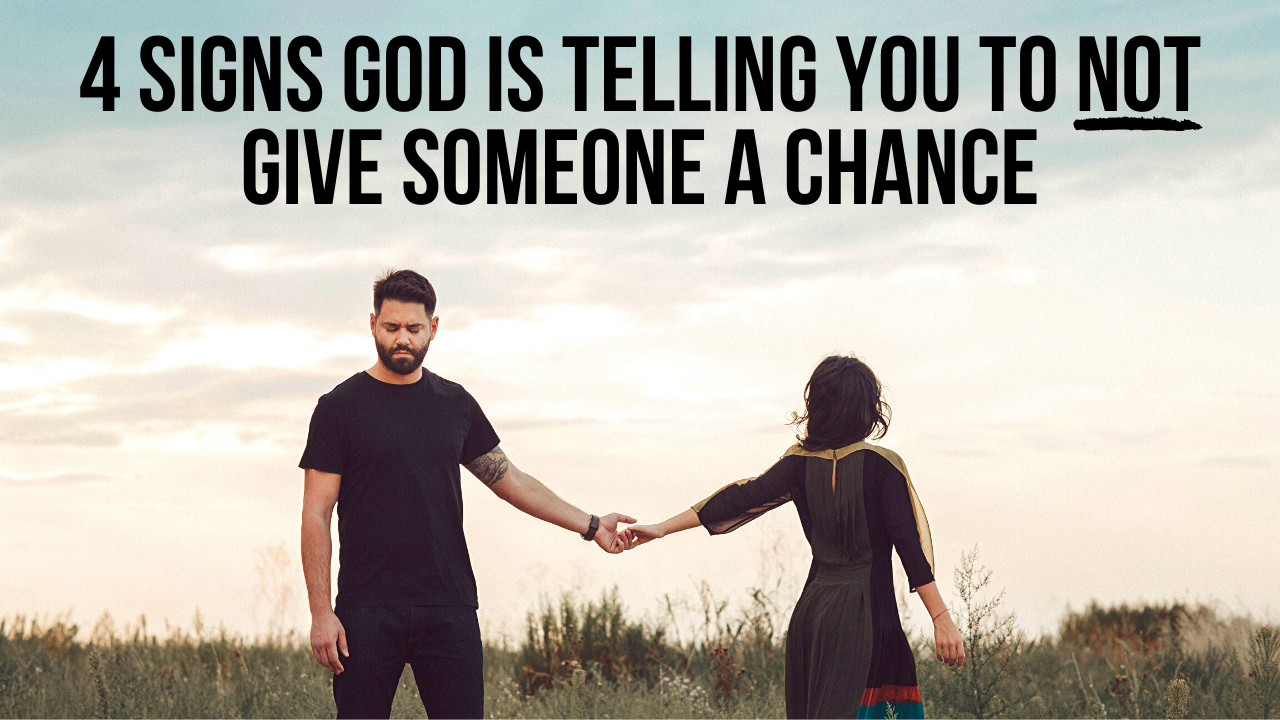 Here are 4 signs God does not want you to give someone a chance.

1. If You Already Gave Someone a Chance and It Backfired in Spectacular Fashion, God Is Probably Telling You Not to Give This Person a Chance Again

As the old saying goes, “Fool me once, shame on you. Fool me twice, shame on me.” Certainly this does not apply to forgiveness and reconciliation, for as Jesus said in Luke 17:3-4, “If your brother sins, rebuke him, and if he repents, forgive him, and if he sins against you seven times in the day, and turns to you seven times, saying, ‘I repent,’ you must forgive him.”

God call us to forgive all the time and reconcile whenever possible. But this advice should not be directly applied when it comes to dating. Yes, always forgive someone if they sinned against you, but the process of dating should usually be tried only once with someone, especially when it ended badly the first time. The whole point of dating is to see if two people work together in a romantic relationship so they can then get married one day. If the dating process already showed you once that you two are not a good fit, it is unwise to think you will get a different result if you do the same thing over again.

In rare cases a couple can get back together and get different results, but the reason this is so rare is because usually the two people have not changed that much since the last time they dated. Two people who are the same will produce the same results again. All this to say, if you already gave someone chance but it failed miserably and now you are asking God again if you should give them a chance, the odds are very high that God is saying no.

2. If This Person Needs to Convince You They Are Trustworthy, This Is Usually a Sign God Does Not Want You to Give Them a Chance

Notice what it says about the devil in Genesis 3:1, “Now the serpent was more crafty than any other beast of the field that the Lord God had made.” The devil is a fool but he isn’t stupid. Likewise, those who follow the devil rather than God are foolish but they are not dumb. In fact, many of them are experts at deceiving people. Notice how Eve slowly broke down the more she dialoged with the devil. In Genesis 3:2-7 it states:

He said to the woman, ‘Did God actually say, “You shall not eat of any tree in the garden”?’ And the woman said to the serpent, ‘We may eat of the fruit of the trees in the garden, but God said, “You shall not eat of the fruit of the tree that is in the midst of the garden, neither shall you touch it, lest you die.”’ But the serpent said to the woman, ‘You will not surely die. For God knows that when you eat of it your eyes will be opened, and you will be like God, knowing good and evil.’ So when the woman saw that the tree was good for food, and that it was a delight to the eyes, and that the tree was to be desired to make one wise, she took of its fruit and ate, and she also gave some to her husband who was with her, and he ate.”

In some sense it doesn’t even matter what Eve said to the devil in response to his lies. Her biggest mistake can be seen in the phrase, “And the woman said to the serpent . . . .” As soon as the devil spoke Adam and Eve could have went and talked to God about what he said. But instead they just kept the conversation going with the most crafty conversationalist ever – Satan himself.

When you look at what she said, it wasn’t perfect but in a way she started out strong. She started out by not believing the devil. But the more she talked with him, the more she wore down and eventually started to believe his lies. The same is true when you allow yourself to talk with someone you already know is not good for you. Nothing good happens when you talk to the devil, and nothing good happens when you talk to someone who already showed you their true colors. If someone already showed you who they are through their bad behavior, believe them. There’s no point to have a big long talk about it all. Your pride will lead you to keep talking to them because you will think they can’t fool you, but the more you play with fire the more likely you will get burned.

This is what Jesus said to his true followers in Matthew 5:16, “In the same way, let your light shine before others, so that they may see your good works and give glory to your Father who is in heaven.” If someone is really following Jesus, you will see the light of Christ shining through them in how they live their life. So if someone is trying to convince you with words because you already saw the truth about them through observing their life, this is a sign God does not want you with this person.

3. If This Person Is Rushing You at Every Turn, This Is Usually a Sign God Does Not Want You to Give This Person a Chance

Love is not open to interpretation. Love is defined in a particular way and no one can change its true definition. Certainly we all express love and receive love in different ways, but love itself is a particular set of actions and motives. Perhaps the best description of love is found in 1 Corinthians 13:4-7 when it states:

It shouldn’t be overlooked that the first descriptive word of love in this passage is “patient.” If someone you just met is already being impatient with you and trying to rush you into areas of a relationship you are not comfortable with, it is unwise to think that later down the road this person will act differently towards you.

4. If You Are Convincing Yourself You Need to Be with this Person to Save Them, This Is Usually a Sign God Does Not Want You to Give Them a Chance

Sometimes our good intentions are our biggest dangers. The best way to get hurt by someone is to think you are the one who needs to save them from themselves. It’s a blessing to have a compassionate heart, to see someone in need and want to help that person. But it is unbiblical to think that you can do something God hasn’t yet done himself.

According to Scripture, God is the one who calls the sinner to repentance (John 16:8). The Father is the one who calls those who come to Jesus (John 6:44). Certainly he will use his people to reach the lost, but he will not use us in ways that would violate the commands he’s already given us. If God has commanded us to not be unequally yoked (2 Corinthians 6:14), to not be friends with the world (James 4:4), to guard our hearts (Proverbs 4:23), and to watch ourselves so that we do not fall to the very temptations we are trying to help others defeat (Galatians 6:1) – we must not reject these laws in the name of love.

This type of love is a lie. We are not the savior of the world. God does not expect us to sacrifice our relationship with him for the sake of our relationship with another. God can save those who are lost without losing you in the process; therefore, if your only logic to be with someone romantically is that you feel you need to save them – this is a sign God does not want you to give this person a chance. 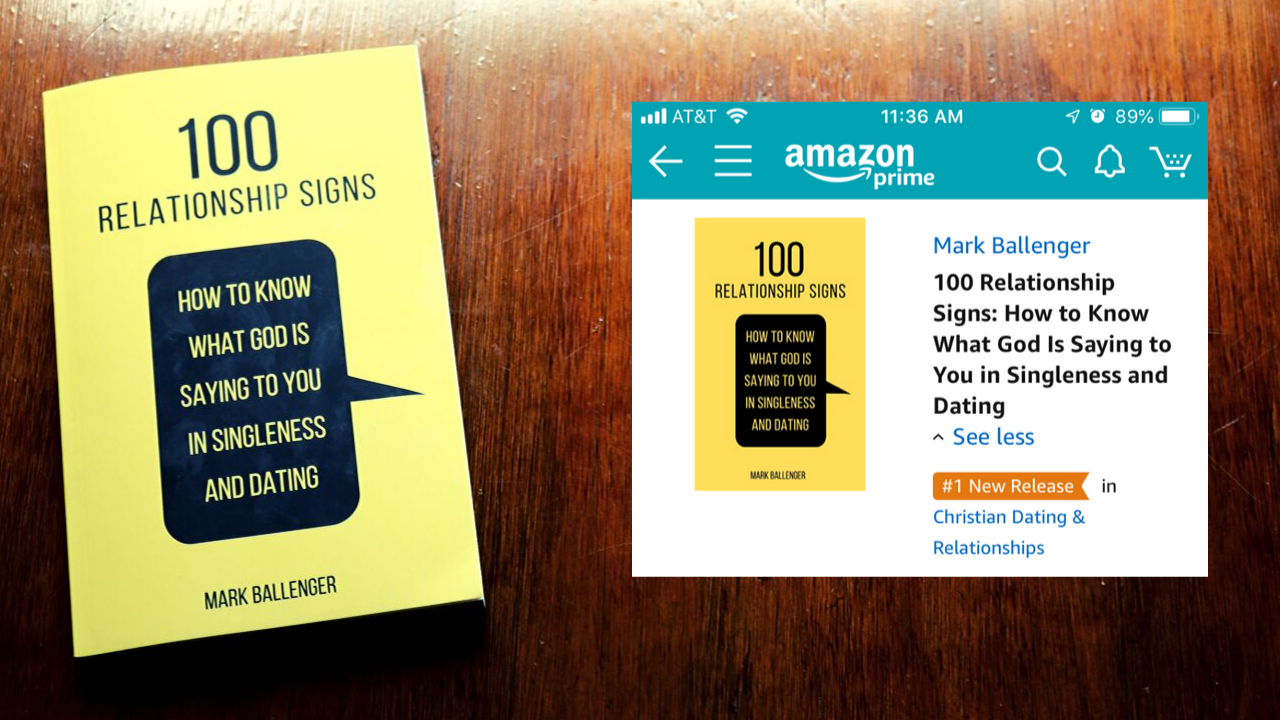