But you are a mere mortal and not a god, though you think you are as wise as a god.-Ezekiel 28:2 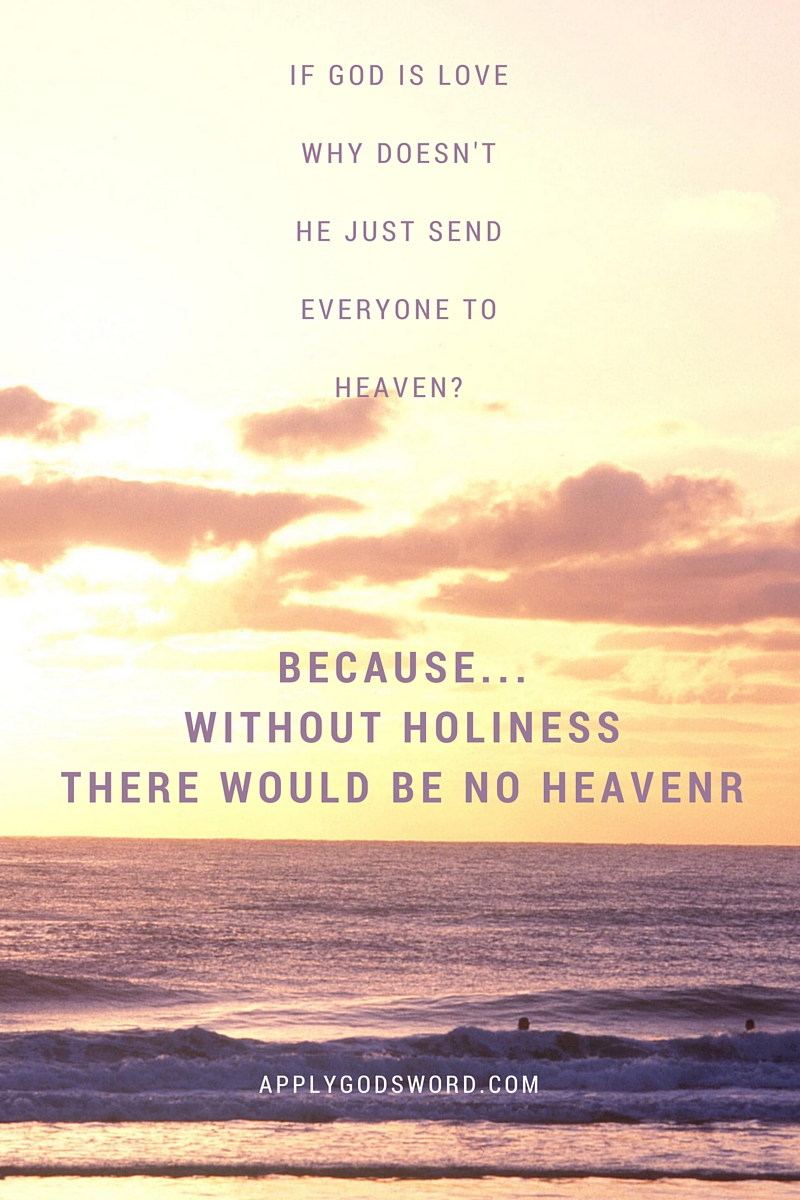 How can a loving God send good people to hell? If God is merciful, why does hell exist? And if God has the power to do anything, why doesn’t he just save everyone from hell?

Questions revolving around hell are certainly some of the most asked questions by those who do not hold to the orthodox standard of biblical faith. There are countless ways to answer questions about hell using the Bible, but often times when we do so, it still does not help those asking the question.

The reason for this is because they usually are not asking this question in faith, hoping for a biblical solution that will satisfy their mind searching for holy answers. They are typically declaring this question as a statement justifying their unbelief in God. The true meaning of the words “How can a loving God send good people to hell?” are sometimes, “I will never believe a God is loving who sends good people to hell!”

And so, to perhaps help those who are already hostile to the very idea of God sending people to hell, I don’t think we should argue too long over the biblical answers to this question; what would be more helpful, I think, would be to help them realize why they are asking this question at all.

Jesus always got to the root of people’s questions, and good things usually happen when we imitate Jesus. To get to the root of this question, I think it would be helpful to ask in return, “What would you send a person to hell for?”

I think most people who believe in heaven believe in some version of hell, but they don’t believe God would ever send masses of “good” people there. They often ask, “What about the indigenous, innocent man who has never had a Bible and never heard the name of Jesus? Surely God wouldn’t send him to hell?” It simply doesn’t help them to quote John 14:6 or Acts 4:11-12 and explain that if someone sought the true Creator he could make a way for them to know Jesus by name so they could be truly saved.

But if you press and ask them who they think God would send to hell, most would explain only the worst of people: unreformed rapists, child molesters, murders, Hitler, Stalin . . . these types.

And so, when they have drawn their moral line in the sand, they have admitted their own standard of goodness. In a sense, they have finally revealed that they think themselves are God.

People don’t believe God sends normal individuals to hell because they ultimately think God is there to serve them rather than they there to serve God. They understand the concept of heaven and hell, their standards are just lower because they feel they have the right to set the bar where they like it, not where God already said it was.

I’ve never personally heard an argument that holocaust soldiers who would use their boots to kick in the heads of to Jewish babies to save bullets should not be sent to hell. People who have trouble with God sending all non-believers to hell are broken image bearers themselves, and yet their image bearing of God has not yet been so defamed that they think there should be no punishment for evil. But it is broken enough where their concept of evil is entirely too low.

God sends “good” people to hell for the same reason we would send Hitler to hell: Because sin deserves punishment, which is why Jesus had to come to save us.

No one is good by God’s holy, highest law which is a reflection of his divine nature. Perfection is the only standard that will do with the God who is so holy. The problem people have, then, is not with God sending people to hell; the problem is that people don’t like the idea that there is actually a God who rules over them and does not do what their broken minds think is right.

People will not accept a God who sends people to hell for the same reason they will not give up cussing, lying, or “small” idols like smoking: they want to be God rather than glorify God.

If we can help them see the real problem, perhaps the Holy Spirit will use the truth to convict them of their sin. Only he can do this work, as none of us would see the truth clearly without God’s grace, and he always convicts by showing people the truth about themselves and himself through grace.

May he use the clear proclamation of his word through us to reveal the truth, that many would be saved as God desires, “The Lord isn’t really being slow about his promise, as some people think. No, he is being patient for your sake. He does not want anyone to be destroyed, but wants everyone to repent” (1 Peter 3:9).