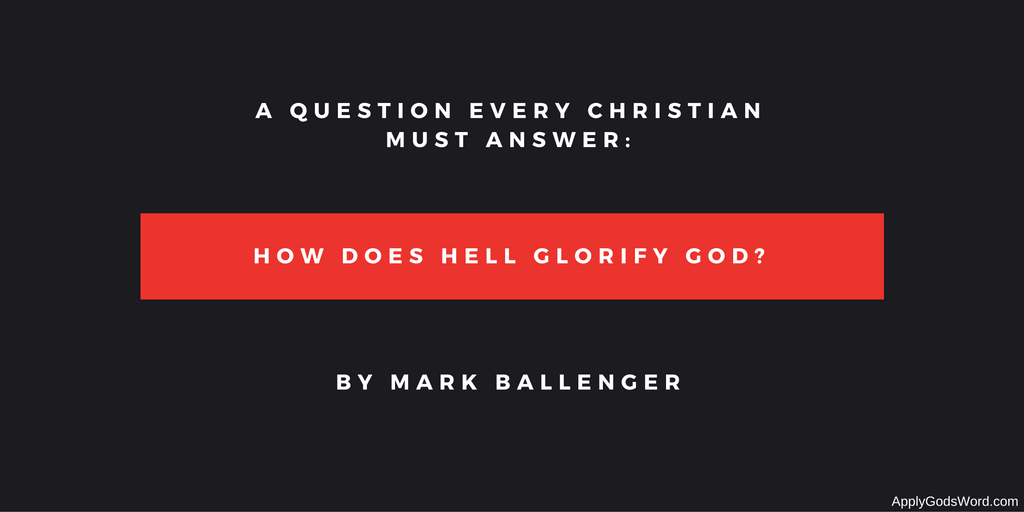 If we don’t have tears in our eyes and a deep grief in our hearts when we talk about hell, we are not truly grasping even the smallest percent of its terror.

In my human limitedness, I despise the idea of people going to hell for eternity. But as Augustine said, “If you believe what you like in the Gospel, and reject what you don’t like, it is not the Gospel you believe, but yourself.”

As Christians, most of us accept the truth about hell and yet still struggle with the emotions triggered by this biblical reality. “Why, God? Why did you create such a horrible place? This seems so cruel, so unnecessary. An eternity of torture? I thought you were a God of love?”

Anytime you ask a question that starts with “Why does God . . .” you can always answer with, “For his glory.” Everything God does, he always does for his honor and fame. Therefore to answer “Why does God send people to hell?” we must actually ask, “How does hell glorify God?”

What Does “Glorify God” Really Mean?

Sometimes we use a biblical phrase like “the glory of God” so much we can become numb to its actual meaning. These words are used in a variety of ways throughout the Bible, so to give one definition is difficult. But Pastor John Piper puts it like this:

God’s glory is the radiance of his holiness. It is the out-streaming of his infinite value. And when it streams out, it is seen as beautiful and great. It has both infinite quality and infinite magnitude. So we may define the glory of God as the beauty and greatness of God’s manifold perfections.”1

So in general, the glory of God is the invisible qualities of God made visible or knowable. For example: 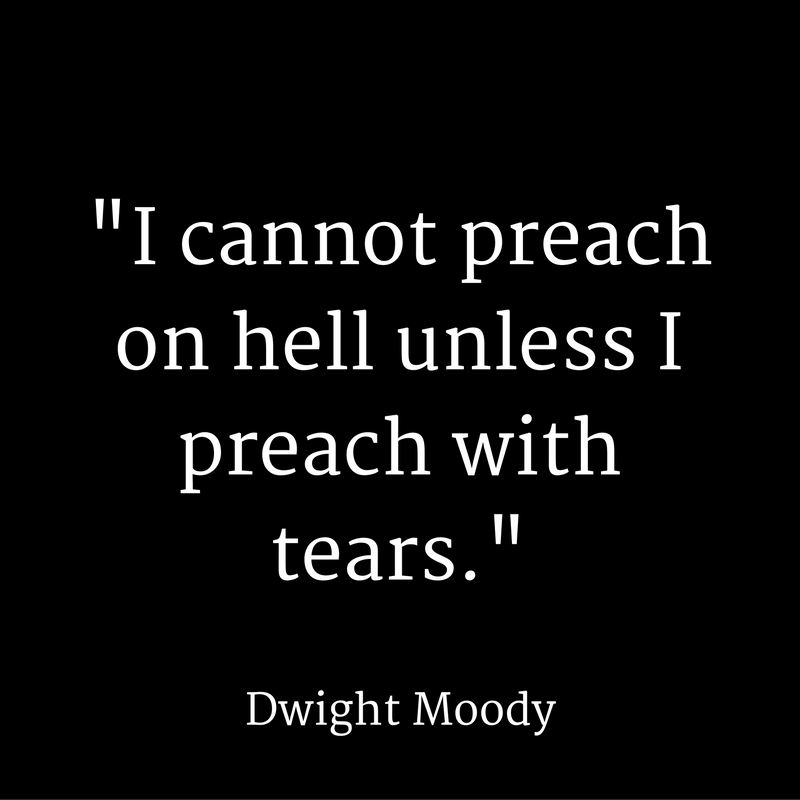 If people refuse to allow God to glorify himself by experiencing the fullness of his joy in heaven, God will display his greatness by allowing them to experience the complete lack of his joy in hell (Proverbs 16:4).

For example, I always have a greater appreciation for all the work my wife does around the house after she has been away for a period of time. The joy she brings to our lives can’t be replaced. Her value to the family is seen even when she’s not there because the absence of all the good she brings is so obviously missing.

Where God’s grace is absent he is still glorified by the glaring void of goodness for which only he deserves credit.

The incredible sacrifice of Christ can tempt us to think God values our lives more than his own glory since he was willing to offer his own Son for us on the cross. However, salvation is ultimately meant to exalt the Savior, not the saved (Philippians 2:8-9). In his sermon titled, “God Created Us for His Glory,” Pastor Piper states:

Our salvation is for God’s sake. “For My name’s sake I withhold my anger. For the sake of My praise I restrain it for you” (Isaiah 48:9). To be sure, God will save his people, he will bless us infinitely! But it is for his name’s sake, for his praise, for his glory that he does it. “For My own sake, for My own sake I do it, for how should My name be profaned” (Isaiah 48:11) Where this perspective is lost, and the magnifying of God’s glory is no longer seen as the great aim of redemption, pitiful substitutes arise — man centered philosophies that exalt human value in a way that distorts the work of redemption and belittles the primacy of God.”2

With these words in mind, it should be no surprise that if our salvation is not really just about saving us but more about glorifying God, then God will still choose to glorify himself even when humans reject salvation in Christ.

Hell is proof that all existence is not about humans. It’s about God. If God was more concerned with saving humans than with the display of his glory, hell would only be for the demons.

You should run from any church or pastor who refuses to talk about the reality of hell. Anyone who avoids this topic fractures the Bible to make it about something it’s not – you. The Bible is not primarily about us. It is primarily for us because we are the ones who need it, but it’s about God glorifying himself through his actions. 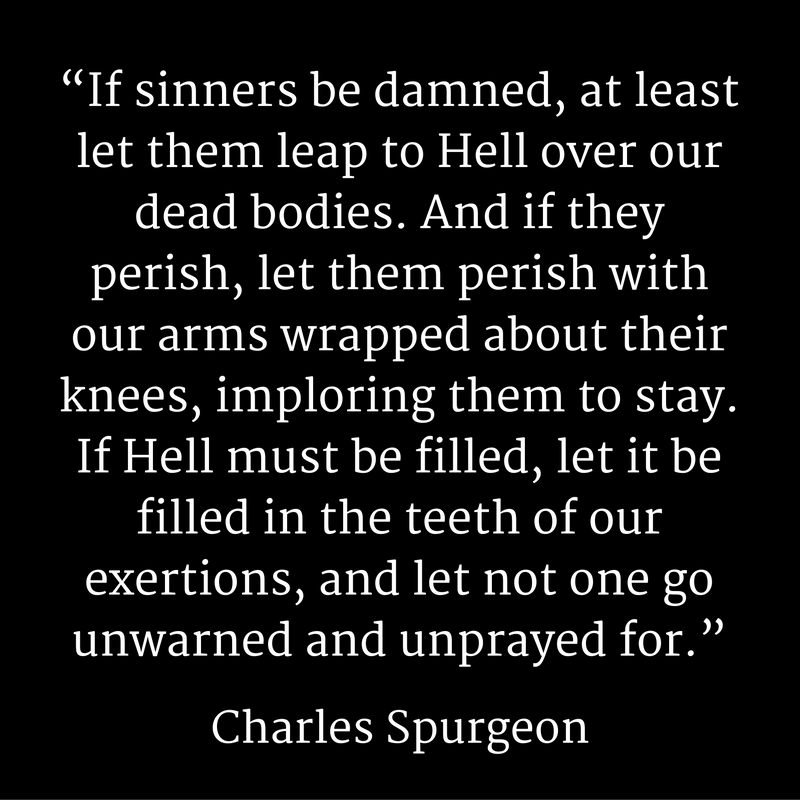 In his book, The Explicit Gospel, Pastor Chandler explains, “Someone who says hell cannot be real, or we can’t all deserve it even if it is real, because God is love is saying that the name and the renown and the glory of Christ aren’t that big of a deal.”3

If God is for people first rather than his glory, then hell would make no sense. You know what kind of theology you have by your view of hell. A me-centered theology translates into no hell. But a God-centered theology must have a hell. Since hell is clearly a biblical reality, it only further validates God’s desire for people to love and glorify him above all else.

God Delights to First Glorify Himself Through the Gospel

In closing, let’s set the record straight: God doesn’t send people to hell with a grin of delight on his face, “. . . [the Lord] is patient toward you, not wishing that any should perish, but that all should reach repentance” (2 Peter 3:9). He sent Jesus to rescue us from hell because salvation rather than damnation pleases him more. Ezekiel 18:32 states, “For I take no pleasure in the death of anyone, declares the Sovereign Lord. Repent and live!”

As all Christian Hedonists believe, “God is most glorified in us when we are most satisfied in him,” so we know that hell, therefore, is not God’s first desire for people. God made us to glorify him and he receives the most glory through our joy in him. But if people refuse to manifest his worth through bringing him eternal praise, he will then glorify himself through their eternal punishment. Pastor Piper explained it like this:

“God glorifies his wrath in condemning those who won’t have him as their satisfaction. He hands them over to their sin, and he punishes them in hell. And the glory of his justice shines very brightly. . . . His wrath will be glorified and his power will be glorified. And their failure to be satisfied in him will produce that kind of glorification.”4

So since God’s exaltation is his highest priority (if it wasn’t he would no longer be God), he will still glorify himself through people who refuse his grace. To allow them into heaven without the blood of Jesus would compromise his divine nature and ruin heaven for everyone, so he can’t do this because it would contradict his love and holiness.

The only way he can express his worth through unrepentant people is through giving them what they ask for – the absence of himself and the fullness of his wrath. Hell is a terrifying place, but hell glorifies God immensely because it makes so many of his qualities visible and knowable.