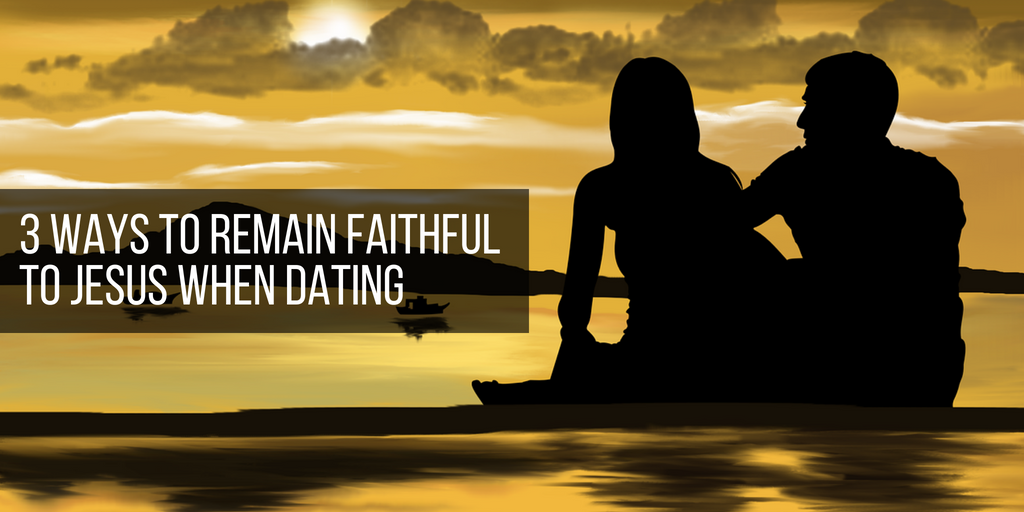 One danger, however, for Christians who desire a relationship is that this desire can overtake them and lead them away from Christ rather than closer to Christ. One of the most common reasons Christians end up betraying Jesus is for a human relationship.

So how can Christian singles who want to be married make sure this desire does not get out of balance and leads them to betray Jesus? One place in the Bible that gives us many truths that will assist us in staying faithful to God is Peter’s denial of Jesus.

Prioritize Your Personal Relationship and Connection to Jesus Above Everything Else

Peter’s denial of Jesus was so surprising because of his boldness before the denial took place. However, when you pay attention to the times when Peter was bold before he denied Jesus three times, it’s important to notice that Peter was right at Jesus’ side in those moments.

When Jesus warned Peter about his upcoming denials that were going to happen, Peter boldly proclaimed that he would never deny Jesus. He then went as far to promise that he would die with Jesus if he had to (Mark 14:26-31). When Peter struck the ear off of the man trying to arrest Jesus, again, Peter was at Jesus’s side (John 18:10). Notice, however, that when Peter denied Jesus, he was not at Jesus’s side anymore:

And Peter was following him at a distance, as far as the courtyard of the high priest, and going inside he sat with the guards to see the end.” (Matthew 26:58)

Peter ultimately denied Jesus three times because the Holy Spirit had not yet entered into Peter. When Peter was full of the Holy Spirit, he preached boldly and a rejoiced that he would be counted worthy to endure persecution. Peter in the book of Acts was so different than the Peter who denied Jesus because in Acts Peter was filled with the Spirit and had a new relationship with God like he never had before.

Humble yourselves, therefore, under the mighty hand of God so that at the proper time he may exalt you, 7 casting all your anxieties on him, because he cares for you. 8 Be sober-minded; be watchful. Your adversary the devil prowls around like a roaring lion, seeking someone to devour.” (1 Peter 5:6-7)

Resisting the attacks of the enemy starts with pursuing the presence of God.

Another common reason Christians often sin in relationships and deny Jesus for someone they like romantically is because they are being led by their physical desires. Taking care of our bodies and satisfying physical desires is not wrong unless we do this through sin. Getting your basic needs met is biblical. Trying to meet your basic needs by sinning is wrong.

Being in a relationship is not a bad thing. 1 Corinthians 7 says that if you want to be married, there is nothing wrong with this. God created Eve when he said it is not good for man to be alone. Problems occur when we pursue our desires in sinful ways. Notice Peter’s desire for physical comfort and protection:

“The servant girl at the door said to Peter, “You also are not one of this man’s disciples, are you?” He said, “I am not.” 18 Now the servants and officers had made a charcoal fire, because it was cold, and they were standing and warming themselves. Peter also was with them, standing and warming himself. . . . Now Simon Peter was standing and warming himself. So they said to him, “You also are not one of his disciples, are you?” He denied it and said, “I am not.” 26 One of the servants of the high priest, a relative of the man whose ear Peter had cut off, asked, “Did I not see you in the garden with him?” 27 Peter again denied it, and at once a rooster crowed.” (John 18: 17-18, 25-27)

Peter could have avoided this whole temptation and not denied Jesus if he wasn’t standing around that fire with all those people who hated Jesus. Notice too that one of the relatives of the man whose ear Peter chopped off was also questioning him. It doesn’t say this in the text, but it seems obvious that Peter was afraid of retaliation. When you are on the streets and you run into a family member of someone you hurt, it’s natural to fear for your own safety at that point. Lastly, Peter saw what was happening to Jesus. They had him locked up and they were trying to kill him. It seems obvious Peter was afraid of the physical harm that might come to him if he stood up for Christ in those moments.

When we are driven by our body’s or emotional needs more than our desire to find satisfaction in Christ, this is the foundation for denying Jesus. God wants to provide for your physical needs, but he will do it through holy means. Sin is never the answer.

Do Not Deny Your Ability to Deny Jesus for a Relationship

Lastly, if you underestimate your ability to sin, you are taking the first step towards sin. In other words, if you believe that you are not capable of forsaking Jesus for a relationship, you are more likely to forsake Jesus than if you were humble and accepted your ability to sin. One of the main reasons Peter betrayed Jesus was because he denied his ability to deny Jesus. In the article How to Overcome Temptation it states:

To deny that you are sinful and capable of falling into temptation is to lay the foundation for consistent sin. If you refuse to believe that you really are sick, you will never take the correct medicine. The first step to becoming well is to come to grips with how deadly the disease really is. If you lie to yourself that you only have a simple common cold, but in reality you are infected with a deadly cancer, you will never seek out the right treatment for healing.”

Therefore if you do not want to choose a relationship over Jesus, then you must first accept that you are capable of this type of sin. If you don’t believe you could drift this far from Christ, then you have taken one step towards this type of betrayal. I’m not saying you will choose a relationship over Jesus, but you are better prepared to resist this temptation when you are humble enough to know you could sin like that if you let your guard down long enough.